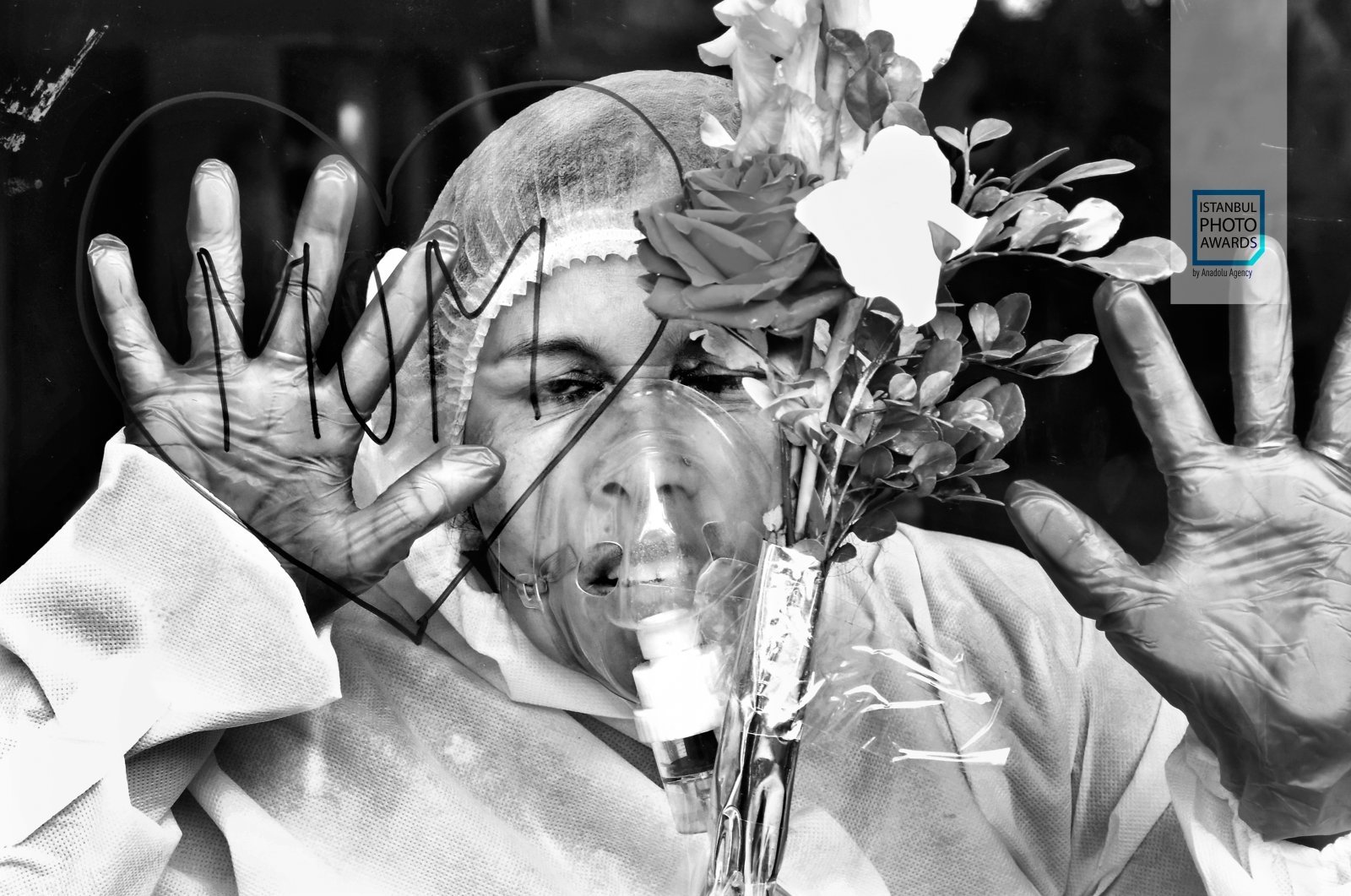 Bangladeshi photojournalist Mohammed Shajahan, the winner of Photo of the Year at the Istanbul Photo Awards this year, said that the competition is considered among the most prestigious in the world.

Although the COVID-19 pandemic has turned the world upside down, photojournalists continue working with dedication to demonstrate worldwide events with photos.

In such drastic times, Anadolu Agency's (AA) Istanbul Photo Awards contest has continued showing everyone how important photos are to give a sense of important events.

As the winners were announced in all categories, Bangladeshi photographer Mohammed Shajahan shared the story behind his award-winning photo "Mom Love" and expressed how he feels after being deemed worthy of the award.

Mentioning that he went to Halishahar district of southeastern Chittagong province of Bangladesh to attend a funeral resulting from the coronavirus, Shajahan said he saw a "teenager standing by the door of the next house, putting some flowers on the glass door with Scotch tape."

"She drew the sign of 'Love' and wrote 'MOM' on the side. A little later, Mahmuda Khanam came to the door with an oxygen mask on her face and desperately tried to smell the flowers!" he stated.

Recalling that, he then understood the difficulty that the 44-year-old woman had as she couldn't breathe and also couldn't smell the flowers due to the virus.

Having such a strong story behind it, the photo "Mom Love" made him the man who told the world how the deadly virus affects the everyday life of people from all around the world with just the projection of a single moment.

"A photojournalist can never avoid social responsibility no matter what the situation is," underlined Shajahan, and stressed that "He has to work in any difficult situation."

Mentioning that reaching out to everyone with just a photo of a single moment is "the greatest strength of photography," he stated, "I think this kind of emotional picture during the coronavirus pandemic will send a message to others to be careful."

He also emphasized how important this award was for him. "The Istanbul Photo Awards competition is now considered one of the most prestigious awards in the world," he said.

"It is a matter of great pride. This award will bring me a lot of fame in the photography community and encourage me to do better," he explained.

In the Single News category, Agence France-Presse (AFP) photojournalist Yuri Cortez deserved the still prestigious second prize with his work that photographed the prisoners in Quezaltepeque prison in El Salvador.

Sharing the story of his photo, Cortez said he was at that prison on the invitation of the prison authorities, who gave him a tour.

"I was shocked when I entered the first block of cells and saw how overcrowded that place was," said Cortez.

"Perhaps the first great challenge was the little time to think about doing a job under the pressure of being inside a maximum-security prison full of highly dangerous prisoners," he stressed, adding that trying to do his job effectively, while also trying to adapt to such an environment, really pushed his boundaries.

Describing photographers as the "generators of opinion," Cortez stated that it is not important whether a photo tells a likable story or not. The most important thing for it is to deliver the message properly.

"One of the principles that I always assume when I do my work is responsibility, organization, discipline and professionalism that my teachers taught me in college," Cortez underlined.

He told AA that receiving the award was a "pleasant surprise" and said that he felt thankful for the recognition and that the prize was "important and prestigious" for him.

"I feel committed to continue giving my best, which is what I always try to do when I am taking photos," he stated.

"I speak with young people and try to motivate them to never give up and to face life and adversity with courage because they give us nothing.

"Especially in a society that often marginalizes us or even discriminates against us for being 'the photographers'," he explained.

The Associated Press photojournalist Petros Giannakouris won the third-place award with his photograph reflecting the difficulties faced by a group of refugees fleeing their camp in Greece.

He also told AA about his experiences, the story of his photo and how he feels about his award.

Taking a picture of multiple fire zones at the Moria refugee and migrant camp, he said he felt "the incredible force of that moment."

"The picture was filled with emotion," stressed Giannakouris, emphasizing that "You could sense the drama in the faces of the people fleeing the camp as it was again engulfed in flames."

Mentioning that he has been in this profession for about 30 years, he describes himself as a "romantic" as he believes that "a picture can make a change."

"People must be informed, and one strong moment can stir the news audience," he stated.

He said he feels "lucky and happy" to be honored with such an award and perceives the award as "an opportunity for people to see the picture and learn about the issue."

While also praising the jury, he admitted that he has admired "their work for so long."

Information related to the 2021 jury and award-winning photographs can be accessed via the website of the Istanbul Photo Awards.