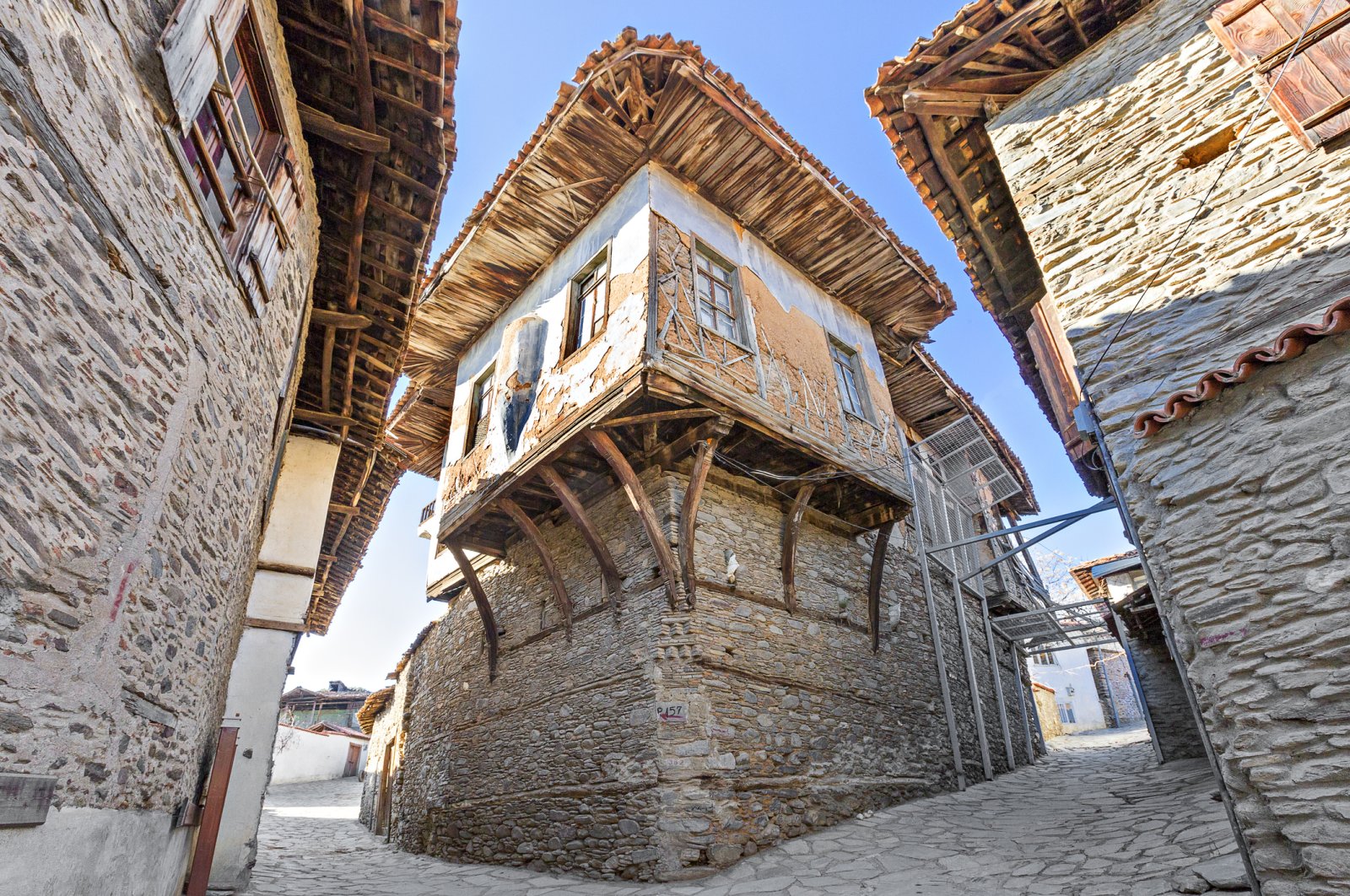 The Kerimağa Mansion was built with a wooden carcass system with bricks and mud mortar. (iStock Photo)
by Anadolu Agency Apr 07, 2020 10:54 am
Edited By Irem Yaşar

The restoration of the historic Kerimağa mansion in İzmir's Birgi town, which has been home to many civilizations during its nearly 3,000-year history, has begun with the support of the Ministry of Culture and Tourism

Restoration work at the Kerimağa mansion located in Birgi, a historical quarter of western Turkey's İzmir province, has been inaugurated with the support of the Ministry of Culture and Tourism.

The town of Birgi in Ödemiş district, which is on the United Nations Educational, Scientific and Cultural Organization’s (UNESCO) World Heritage Tentative List, is estimated to have been used as a settlement since 750 B.C. Bearing the traces of Phrygian and Lydian civilizations, Persian and Pergamon kingdoms, Roman and Byzantine Empire, Aydinids (Aydınoğulları principality) and the Ottoman period, Birgi has been home to many civilizations for nearly 3,000 years and was a hub of vibrant social life with its water resources and fertile lands.

Many structures in the historical area, which has managed to carry the architectural texture formed during the Aydinids and which was therefore placed on UNESCO's World Heritage Tentative List in 2012, are waiting to be restored. One of these structures was the Kerimağa mansion, which is in danger of being destroyed. The mansion will be restored by its owner, Mehmet Palamut, with the support of a grant provided by the Ministry of Culture and Tourism.

In an interview with Anadolu Agency (AA), Palamut said that a part of the structure has been demolished, and he has applied to the Provincial Directorate of Culture and Tourism for restoration, adding that the ministry has provided TL 61,850 (about $9,216) in grants for restoration.

Indicating that architects have prepared a project for the restoration of the building and that they will begin work after the approval of the ministry, Palamut noted: “We want to restore the building to carry it to future generations.”

One of most important mansions

Professor Necla Arslan Sevin, an art historian living in Birgi, pointed out that the Kerimağa mansion is one of the three most important mansions in the region.

Underlining that a large portion of the structure, which is a monumental example of Birgi’s residential architecture, has been demolished, Sevin continued: “I think that this mansion was built in the 19th century, maybe even a little bit earlier, because it is a little older than the other houses here in terms of construction technique and appearance. It bears the characteristics of the two-story classical residences in Birgi. An outer sofa is a feature we see in many other places built with rubble stones. It was built with a wooden carcass system, with bricks and mud mortar, and there are skylights covered with a straw plaster. In certain parts, there is plaster-stained glass which we very often see in the 19th century Aegean houses.”

Sevin added that the mansion also features wooden elibelinde (hands-on-hips) motifs and various plant and fruit motifs on the walls which are very often seen in mansions in the region.

She emphasized that restoration should begin as soon as possible due to the risk of the building being demolished, adding: “I think that saving the building is crucial in terms of transferring this work, which has an important place in Birgi’s architectural culture, to the future generations.”