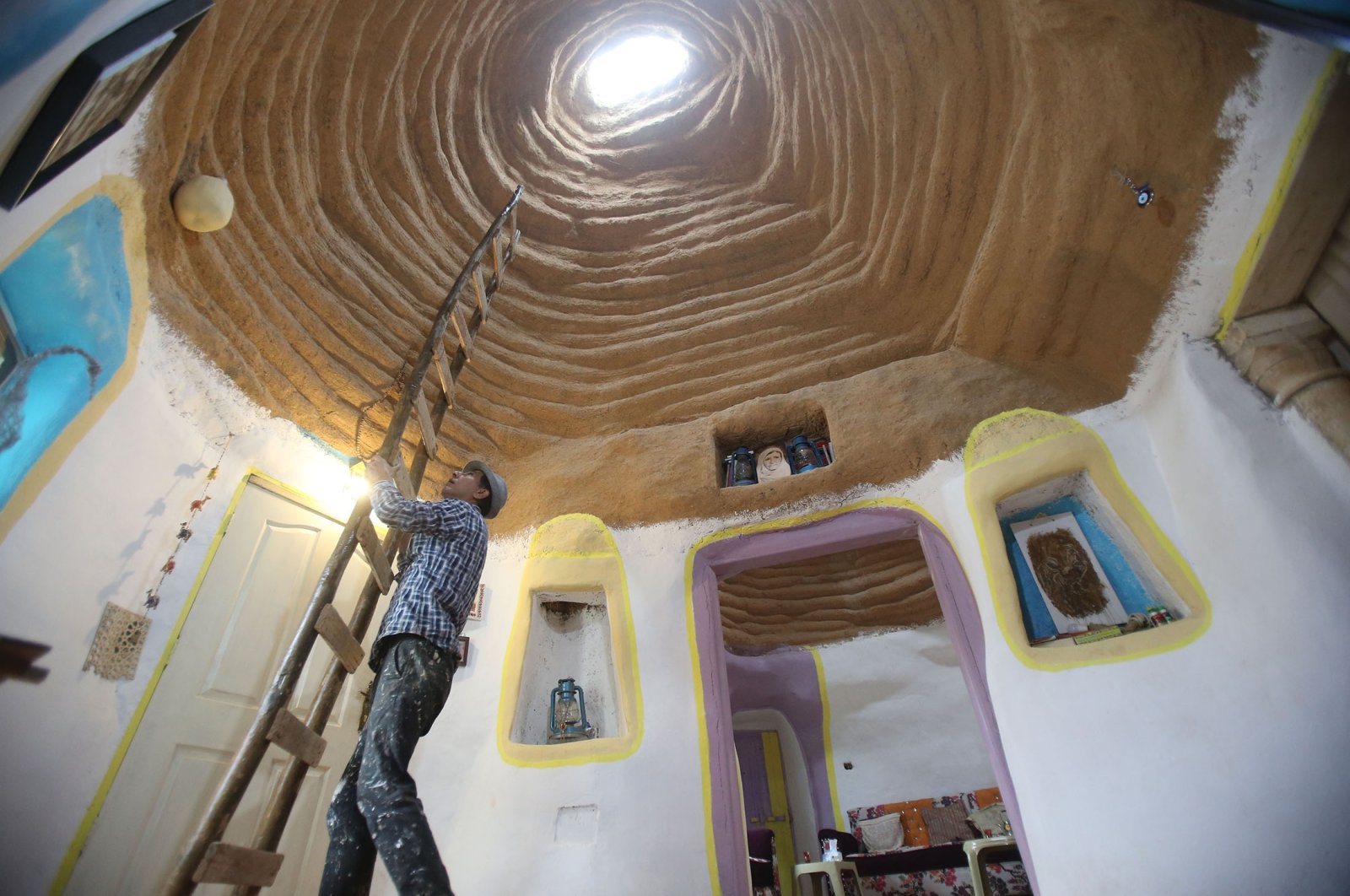 After living abroad for many years, a Jordanian academic named Hamed Yusuf Nazzal returned to his home city of Al-Mafraq and built a house made of environmentally friendly materials in accordance with traditional architecture, attracting great attention both as a visual spectacle and for its architectural techniques.

Nazzal has been interested in the arts for many years. He completed his master's degree in English Literature at Scotland's University of Glasgow in 1998 and taught for 11 years in the United States.

In addition to working as the media officer and editor-in-chief of a U.S. magazine, he has also published nearly 200 articles and many publications on hybrid literature.

Returning to his country in 2016 after working as a translator in the United Arab Emirates (UAE) for 5 years, Nazzal charted a completely different path from his academic life.

The house that Nazzal built out of mud and straw has nowadays become a place visited with interest by those who want to see the "modern interpretation of the old."

Nazzal, who worked for three more years to finish his dome-shaped house with an area of ​​200 square meters, bringing his dream architecture to life, used mud, barley straw, ash and goat hair instead of concrete materials in the construction of the house, which was completed in 2021.

There are five rooms in the house, each with a dome on it. The rooms were built in some cases in consultation with experts, and are not based on standard dimensions, so their heights vary between 3.5 and 7.75 meters (11.4 and 25.4 feet).

Nazzal's house soon became a popular destination for those who wanted see the application of old building techniques in modern architecture.

Despite architecture being a distant subject from his academic career, Nazzal shares his experiences with many people who come to see his house from within and outside the country.

"My house is the first modern building made of mud. This building has proven its livability, its suitability for both body and soul. This building is also weather-adaptive, warm in winter, cool in summer, low-cost, sustainable and long-lasting."

Nazzal pointed out that the walls breathe due them being constructed with mud, expanding, contracting and adapting to weather factors.

"The idea arose without scientific study or practical experience, but it also proved that the best way to build is in harmony with nature."

Pointing out that the house in question cost 40,000 Jordanian dinars (nearly $56,000), despite its simplicity, Nazzal attributed the high cost to the experimentation of the work and the fact that they made some mistakes.

Nazzal noted that this house, which was built with individual effort, has turned into a touristic area for those who are curious about old construction techniques.

The Jordanian academic also said that he expects the authorities to put consideration into this structure, which has attracted great attention from the public with its composition of soil, straw, goat hair and ash like those that were constructed thousands of years ago.