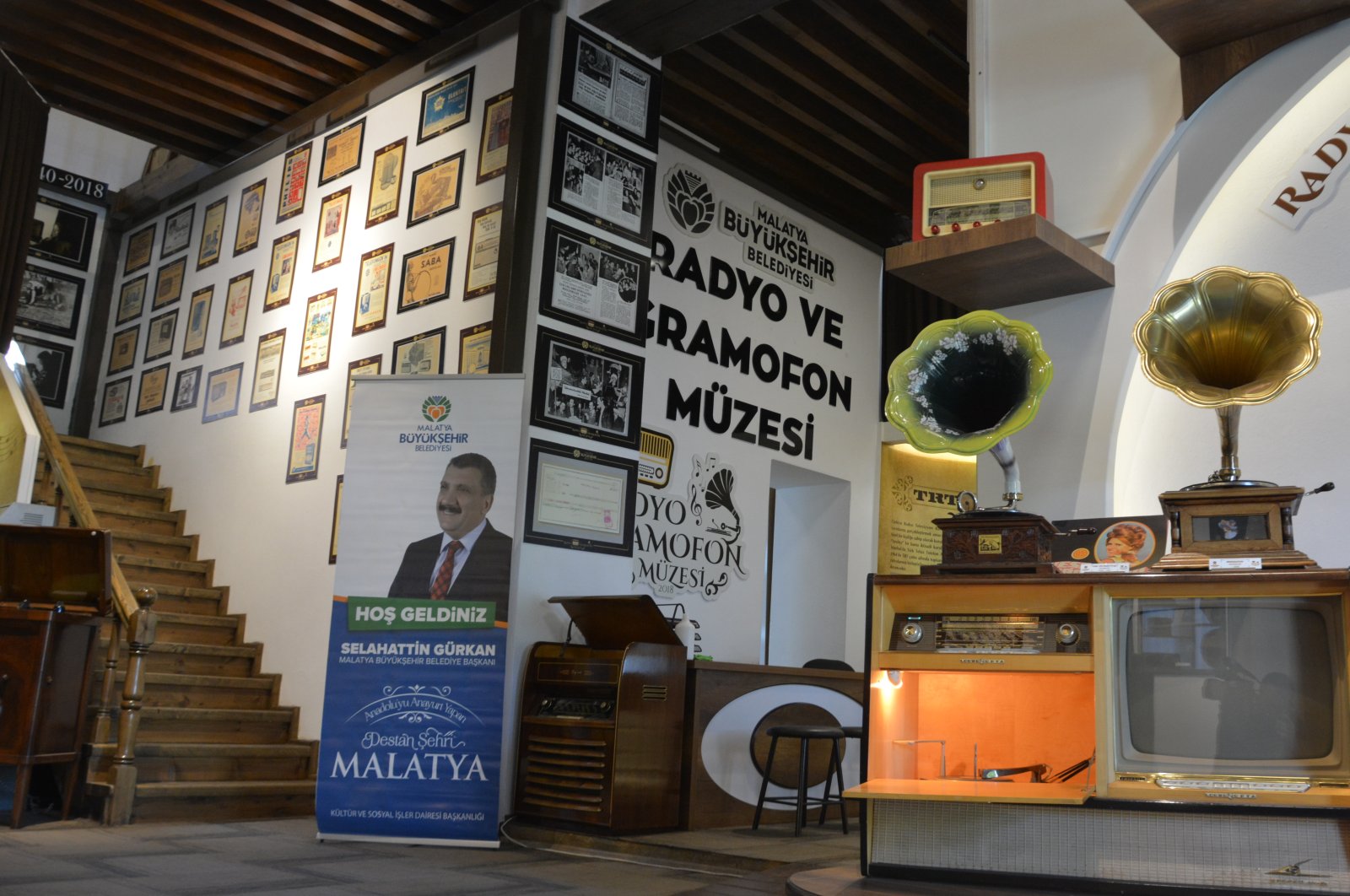 The Radio and Phonograph Museum in the eastern province of Malatya shows the change that the radio and phonograph have undergone over time.

Offering nostalgic and educational information in the field of art and culture to children and young people on the axis of developing technology and a more globalized world, the museum features many radios and phonographs from 1890 to the present. It also presents many sections providing information about the adventure of TRT Radio singer Fahri Kayahan and the first radio broadcast. Visitors are welcomed by songs played with a phonograph record as they enter the museum established in a two-story adobe house built in accordance with the urban architecture in 2018.

In an interview with Anadolu Agency (AA), Museum Director Ebubekir Yalnız said the items inside the museum have been arranged in chronological order. Underlining that there has been great interest in the museum, Yalnız continued: “There are 703 pieces of art in our museum. They have been lined up based on historical development starting from the first years."

"Our third room is about the first radio broadcast in Turkey," he said. "There is also a political communication and radio corner. On the upper floor, there are products dating back from 1940 to the present day.” He added that visitors are most interested in the phonographs.

Yalnız stated that there are more devices in the museum than just radios and phonographs. “In our museum, there are instruments ranging from barrel organ, the first music player, to phonographs produced until the 1950s. Among them, there are products with missing parts, but 95% of the devices in the phonograph museum are in working condition,” he said.

One noteworthy item at the museum is the first hand-made radio.

"There are a lot of radios in different segments such as car stereos, aircraft radios, and others used by war-era agents and farmers. We host around 50,000-60,000 guests a year. Our visitors say they have not heard of such a museum in Turkey and are very delighted at the museum. Those who come to the museum have the opportunity to recognize the products they have seen and heard from their ancestors and grandparents so far and they see and touch them one-on-one here," Yalnız said.

Murat Yılmaz, a visitor at the museum, expressed his happiness for having the opportunity to see the museum. Underlining that the museum is very comprehensive, Yılmaz noted: “It is a museum that everyone should come and see. It has a very surprisingly nostalgic ambiance. I suggest you see this naturality.”

Orhan Uludağ, another visitor, also said that the museum reminded him of the past. Uludağ stated that he envisaged the memories told by his grandfather when he visited the museum, continuing: “There are many old phonographs. We have seen how technology has improved in this museum. I have seen that historical details are very well preserved. The items are all like they have just come out of the factory.”

Ebru Karaaslan, another visitor to the museum, expressed gladness for the presence of such a museum in Malatya. Suggesting that everyone should see the museum, Karaaslan said: “They are very precious products, and each has a memory. Perhaps the people who saw them died. People who touched them and listened to music with them may not be alive today. It is very valuable to listen to such songs and to see such artifacts.”