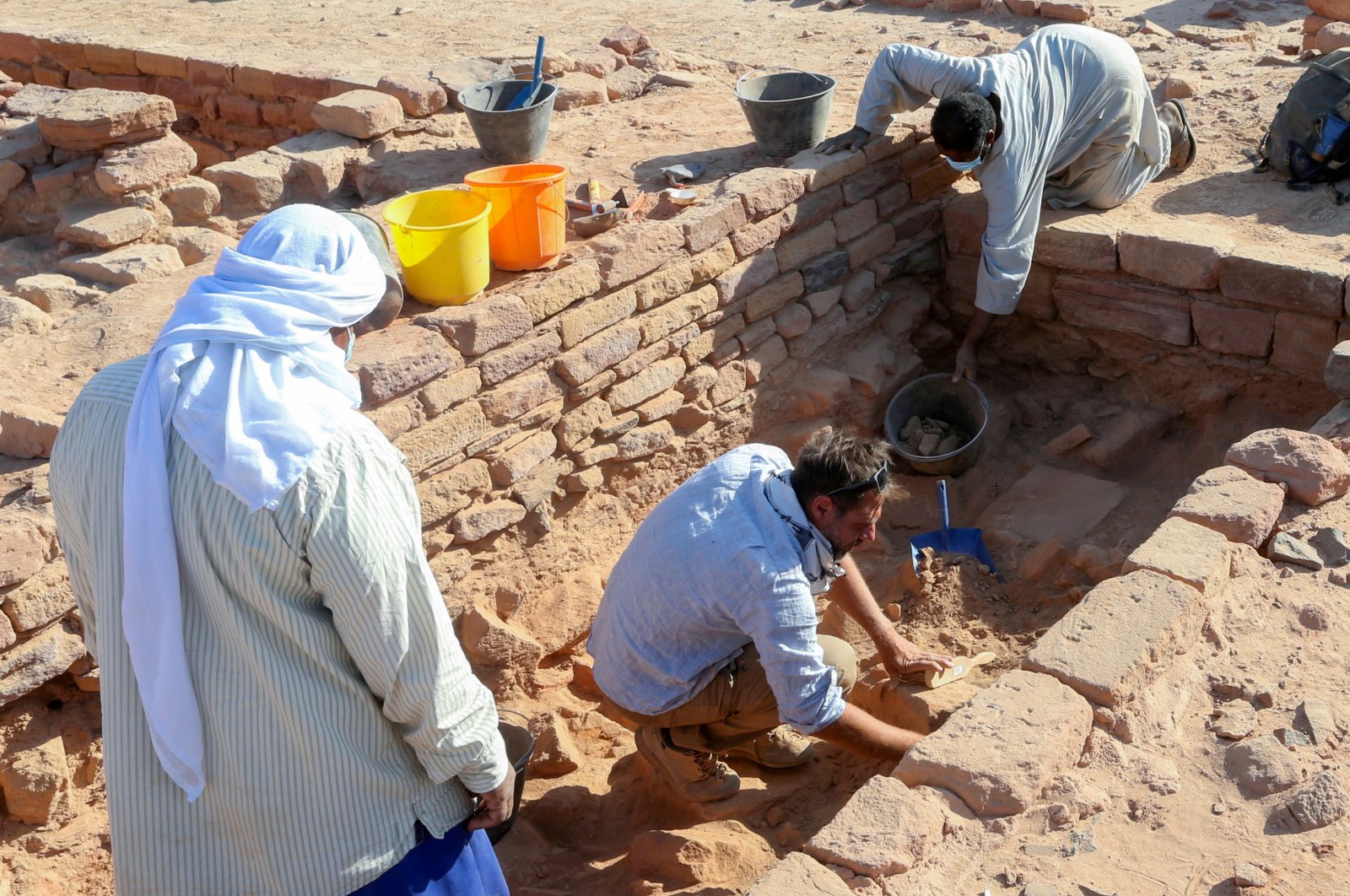 A French archaeologist and his co-workers carefully clean the pottery to examine the findings known to be from the Dadan and Lihyan civilization dated 1,000 B.C., Al-Ula, Saudi Arabia, Oct. 30, 2021. (Reuters Photo)
by Reuters Nov 02, 2021 12:41 pm
RECOMMENDED

The mountains of Al-Ula overlook the arid desert in northwest Saudi Arabia as they bake in the Sun, but the land also hides the remnants of the ancient and long-forgotten kingdoms of Dadan and Lihyan, which gradually archaeologists have started to unearth as more and more work to excavate the sites.

Al-Ula, a flagship tourist destination since it opened in 2019, is known chiefly for the majestic tombs of Madain Saleh, a 2,000-year-old city carved into rocks by the Nabateans, the pre-Islamic Arab people who also built Petra in neighboring Jordan.

A team of French and Saudi archaeologists is now focused on excavating five nearby sites related to the Dadanite and Lihyanite civilizations, important regional powers that flourished 2,000 years ago.

"It's a project that really tries to unlock the mysteries of (these) civilizations," said Abdulrahman al-Sohaibani, who is co-directing the Dadan archaeological mission.

Dadan is mentioned in the Old Testament and the Lihyanite kingdom was one of the largest of its time, stretching from Medina in the south to Aqaba in the north in modern-day Jordan, according to the royal commission for the project.

Spanning roughly 900 years until A.D.100, the kingdoms controlled vital trade routes but very little is known about them. The team is hoping to learn more about their worship rituals, social life and economy.

Previous excavations had been limited to the main sanctuary area, said Jerome Rohmer, a researcher with the French National Center for Scientific Research.

"We would just like to have a comprehensive overview of the chronology of the site, the layout of the site, its material culture, its economy," Rohmer added.

"It's a comprehensive project where we're basically trying to answer all of these questions."

In Crown Prince Mohammed bin Salman's push to transform Saudi Arabia's economy and society, Al-Ula has gained prominence. The kingdom is banking on tourism as it tries to open up to the world and diversify its economy away from oil.

Al-Ula's development is part of a move to preserve pre-Islamic heritage sites in order to attract non-Muslim tourists and strengthen national identity.