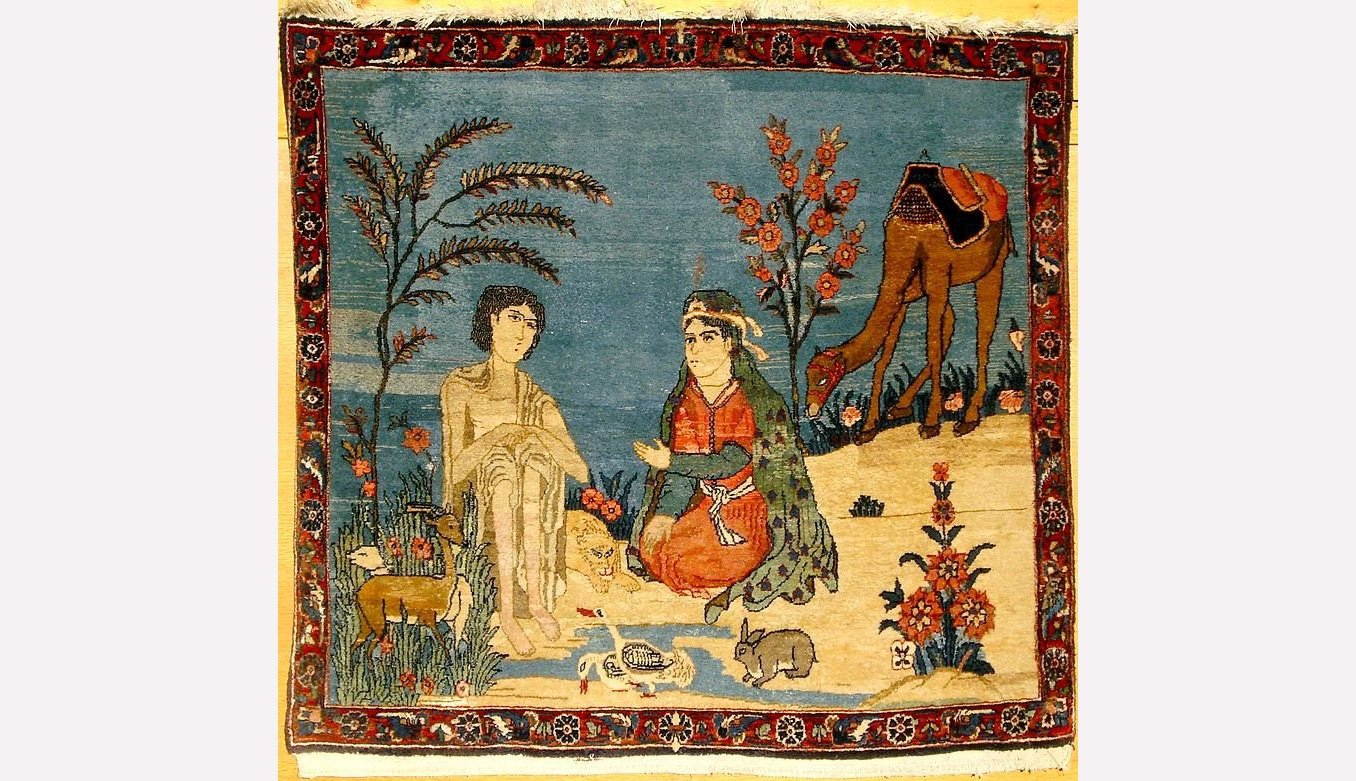 Both 'Romeo and Juliet' and 'Layla and Majnun' are renowned love stories sharing common elements presented in their own ways. Let's look at the differences and similarities

Social relationships have changed through the process of modernization, particularly digitalization, significantly impacting the way emotions are expressed. Love takes the lead among these emotions. The meanings ascribed to love and how it is expressed differ based on the time period, beliefs and social conditions. We see both differences and similarities in the telling of two of the world's greatest love stories, “Romeo and Juliet” and “Layla and Majnun.”

These two stories, which are a reflection of love in the West and East, are like two rivers originating from the same source despite flowing in different regions. The regions in which these rivers flow are home to different cultures and geographies, but what they have in common is also quite remarkable.

Both stories tell human truths interpreted by the writers and conveyed to us. The similarities between the stories have led researchers to examine whether there is an intertextual link between the two. Literary historian Agah Sırrı Levend, in his research on “Layla and Majnun,” states that these Eastern love stories may have entered Western literature during the Crusades.

He argues that the story of “Layla and Majnun” is the source of immortal literary works such as “Aucassin et Nicolette” (“Aucassin and Nicolette”) and “Tristan et Yseult” (“Tristan and Iseult”) in French literature and “Floire et Blancheflor” (“Floris and Blancheflour”) in Hungarian literature as well as “Romeo and Juliet” in English literature.

“Layla and Majnun” is an anonymous folk story told by Arabs. The oldest and the most holistic version of the story was written in Persian by Azerbaijani poet Nizami Ganjavi in the form of mathnawi, a poem based on independent, internally rhyming lines. For people of the East, mathnawis were a way to interpret their thoughts and emotions when it came to love.

The story stood apart from the works of the poets of the East at the time with its subject and storyline. These poets, who had written countless poems on the subject of love, competed with one another to successfully capture and relay the essence of the story. A number of “Layla and Majnun” stories have been written in verse in the East, particularly by Arabian, Persian and Turkish poets.

One of the most successful of these stories is by Azerbaijani-Turkish poet Fuzuli. Although Fuzuli uses Nizami Ganjavi's story as a foundation, he interprets it in his own unique style, which is why Fuzuli comes to mind when “Layla and Majnun” is mentioned in Turkish literature.

Meanwhile, there are other works that precede William Shakespeare’s “Romeo and Juliet.” The play takes its subject from Arthur Brooke's poem “The Tragic Story of Romeus and Juliet,” published in 1562.

The tragic story of the young lovers from noble families was heavily studied during the Italian Renaissance. Many poems, stories and plays were written on the subject in 15th- and 16th-century Italy, some of which were also translated into English.

The story of "Romeo and Juliet" presented in the context of a play helps deliver emotional truths and Western sentiments of the time while capturing the audience's imagination. Shakespeare's most important works are his tragedies in which he uses the power of poetry, particularly iambic pentameter, as a storytelling tool.

Shakespeare honed his craft, building on the inspiration he drew from successful artists before him, at first writing more violent plays. Following “Titus Andronicus,” which features bloody scenes, he writes “Romeo and Juliet” – an unexpectedly successful piece of work at the time.

“Layla and Majnun” and “Romeo and Juliet” begin with the lives of their male characters. We are introduced to the character of Majnun at his birth, while we meet Romeo at a later point in his life but his psychological state and experiences are narrated.

The most important turning point in any love story is the moment the lovers first meet, with both writers delivering this encounter in a striking way.

Before the first encounter, Fuzuli reveals these are not your run-of-the-mill lovers, garnering the admiration of the reader for the sweethearts. Majnun, his father's only son, meets Layla when he starts school.

In comparison, Romeo and Juliet meet at a ball for the first time and fall in love at first sight. Both sets of lovers are overcome with pure and innocent feelings of love in both stories and both must face obstacles put in their way by society and family.

Layla's love for Majnun and their meetings cause rumors, and as soon as her mother gets wind of the gossip, she withdraws Layla from school. Likewise, Romeo and Juliet also come from families that are at odds. These characters' communities' do not support their love, forcing the couples to confront and fight their families.

Majnun takes leave of his senses when not with Layla, and his father approaches Layla's family asking if the lovers can reunite. Layla's father agrees on the condition that Majnun comes to his senses. Majnun cannot break away from the situation he is in, and in the end, the lovers are not reunited.

Romeo and Juliet meet and marry in secret at a church. However, they can only be together for one night. A duel between the two families fuels hostilities again, and Romeo is guilty of accidentally killing Juliet's relative, Tybalt.

Separation and exile in both stories contribute to the impulsiveness of the characters' love – which is an intensified state of affection. In order for this intensification to occur, separation is required.

Majnun ends up in the desert as he suffers the pangs of love, living a life in exile as he cannot reunite with Layla. His love for her deepens every day and he tells the animals, mountains and valleys about his love for her, seeing her in everything.

Similarly, Romeo is banished as a penalty for his crime, forced to leave his love. He does not want to leave Juliet's side, and forcing him to would only fuel his passion.

In both stories, rivals appear when lovers are separated from their loved ones and overwhelmed at the thought of their lover with somebody else. Majnun and Romeo are challenged by Ibn Salam and Paris, respectively.

In both stories, the female characters are loyal to their loves. Even when others pursue the women, they stay true to their partners throughout. As a result, neither story has a happy ending. In both scenarios, on receiving the news of their partners' death, the lovers' cannot bear to live. If they cannot be together in life, they hope to be reunited in death.

Although both stories have common aspects and parallels, they also have obvious differences. Shakespeare delivers the story of the tragic love from a Western vantage point while Eastern poets, especially Fuzuli, transform the subject of human love to divine love.

There are many Sufi allegories and symbols in the story of “Layla and Majnun.” For instance, the rival character represents many obstacles that can distract a person from their relationship with God, whether it be the devil, a friend encouraging sin or worldly evils.

Through love, Layla and Majnun renounce themselves and become one. The fact that Majnun sees Layla in everything implies that the source of beauty is within him and all that is beautiful is a reflection of the one true beauty: God.