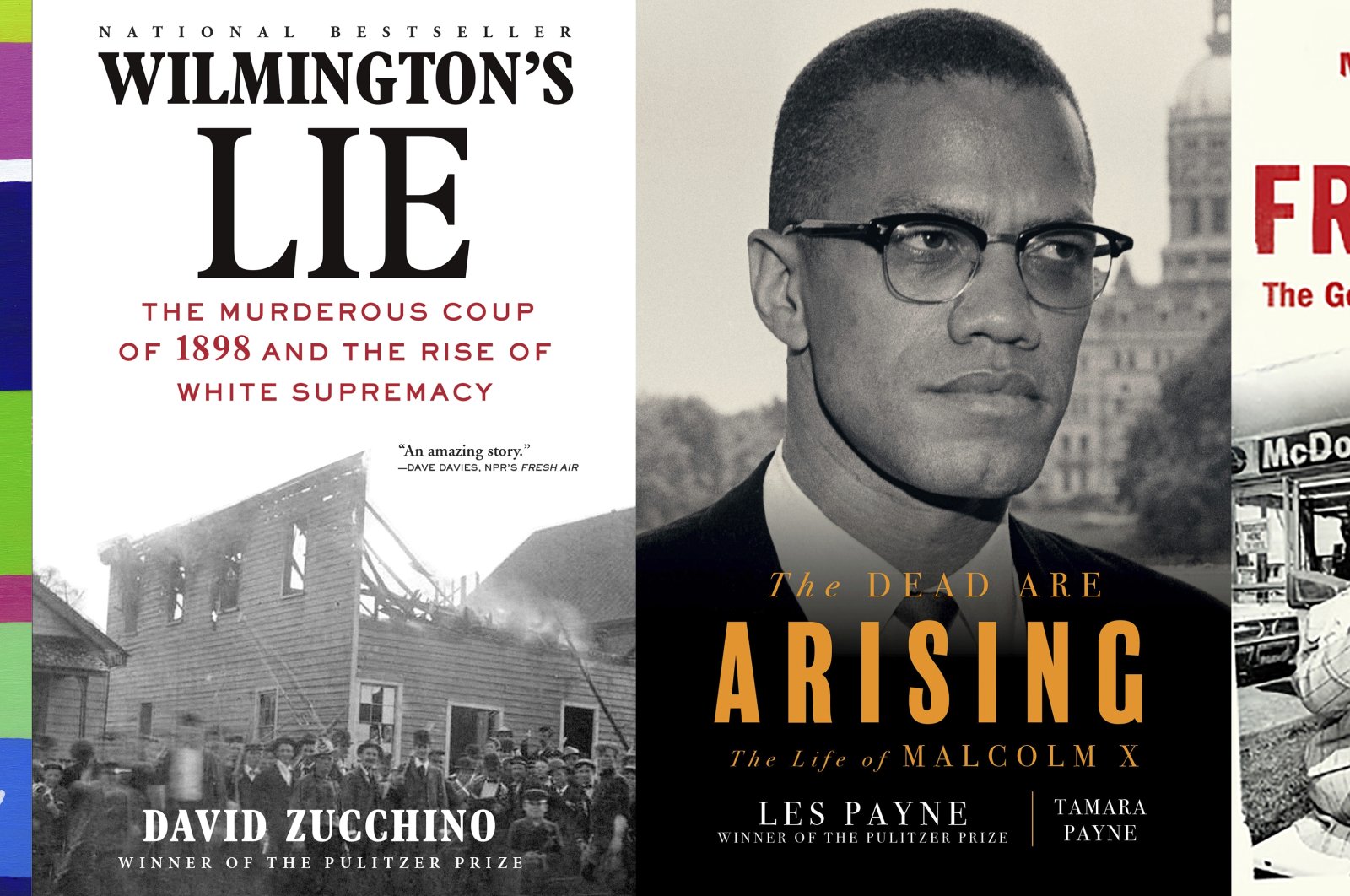 This combination of photos shows, from left, a group of winners of Pulitzer Prizes for the arts with "The Night Watchman" by Louise Erdrich, "Wilmington's Lie: The Murderous Coup of 1898 and the Rise of White Supremacy" by David Zucchino, "The Dead Are Arising" co-authored by Tamara Payne and her father Les Payne, and "Franchise: The Golden Arches in Black America" by Marcia Chatelain (AP Photo)
by Associated Press Jun 13, 2021 9:30 pm
RECOMMENDED

The Pulitzer Prizes for the arts were recently handed out as the occasion drew the attention to a slew of diverse works focusing on a wide range of topics from race to colonialism, from Louise Erdrich's novel "The Night Watchman" to a Malcolm X biography co-written by the late Les Payne and Katori Hall's play "The Hot Wing King."

The awards were announced Friday during a remote ceremony that honored the best work in journalism and the arts in 2020, a year defined in part by the police killing of George Floyd and the protests and reckoning which followed. The news also comes amid an intensifying debate over race and education, with legislators in Texas and elsewhere seeking to restrict the teaching of racial injustice.

"What the Pulitzers are awarding this year seems so timely," Tamara Payne, Les Payne's daughter and the principal researcher for his book, told The Associated Press (AP). "All of these voices are so important and always have been important."

Marcia Chatelain, whose "Franchise: The Golden Arches in Black America" won for history, said that she felt honored to be among a group of writers who have "tried to find a way to make clear that writing about race is fundamental to understanding what we need as a society."

Erdrich, a member of the Turtle Mountain Band of Chippewa Indians, has drawn upon her background and blended the traditions of oral and written storytelling for such acclaimed novels as "The Round House" and "The Plague of Doves." She based "The Night Watchman" on the life of her maternal grandfather, a night watchman whose reservation in rural North Dakota was threatened in the 1950s by congressional legislation.

"This story belongs to him and to the Turtle Mountain people. It is very moving, this is very moving recognition," said Erdrich, who runs an independent bookstore in Minneapolis, where Floyd was killed in May 2020. She called the Pulitzer a welcome contrast to the news of the past year.

"I love this city and it hurts to know how deep the racism goes. It's something indigenous people also know about well. It's been a painful time."

Pulitzer judges called Erdrich's novel "a majestic, polyphonic novel about a community's efforts to halt the proposed displacement and elimination of several Native American tribes in the 1950s, rendered with dexterity and imagination."

It was the first Pulitzer for Erdrich, who turned 67 this week and has been a published author for more than 40 years. Her previous honors include a National Book Award for "The Round House" and the National Book Critics Circle prize for "LaRose."

The Pulitzer for "The Dead Are Arising" continues the posthumous acclaim for Les Payne, an award-winning Newsday journalist who died in 2018. He began working on the Malcolm X book in 1990 and compiled more than 100 hours of interviews, including with family members of the late black activist, before he died. Tamara Payne helped complete "The Dead Are Arising," which has been praised highly by critics and last fall won a National Book Award.

"I do wish he were here, to receive the accolades," Tamara Payne said of her father.

The Paynes' collaboration is also the second Malcolm X biography to win a Pulitzer for an author who didn't live to see his book released. Manning Marable, whose "Malcolm X: A Life of Reinvention" won for history in 2012, died shortly before publication.

Natalie Diaz's "Postcolonial Love Poem," a work of pain and of ecstasy her publisher describes as "a call toward goodness, even as it recognizes the violence of our time," was the poetry winner and David Zucchino's "Wilmington's Lie: The Murderous Coup of 1898 and the Rise of White Supremacy" was cited for general nonfiction.

Tania Leon's composition "Stride" won for music. The judges commended it for being "a musical journey full of surprise, with powerful brass and rhythmic motifs that incorporate Black music traditions from the U.S. and the Caribbean into a Western orchestral fabric."

"The Hot Wing King" by Katori Hall, a play set around a hot wing cooking competition, won the prize for drama during a theater season that saw most venues largely shuttered.

The drama award, which includes a $15,000 prize, is "for a distinguished play by an American author, preferably original in its source and dealing with American life."

The Pulitzer board hailed "The Hot Wing King" as a "funny, deeply felt consideration of Black masculinity and how it is perceived, filtered through the experiences of a loving gay couple and their extended family as they prepare for a culinary competition."

With most theaters closed during the pandemic, the Pulitzer Prize Board altered the requirements for this year's drama award, allowing postponed or canceled works, as well as plays produced and performed in places other than theaters, including online, outside or in site-specific venues during calendar 2020. "The Hot Wing King" opened off-Broadway just days before the city's theaters were closed.

Hall is the author of the Olivier Award-winning "The Mountaintop" and is a Tony Award-nominated co-playwright of Broadway's "Tina – The Tina Turner Musical."