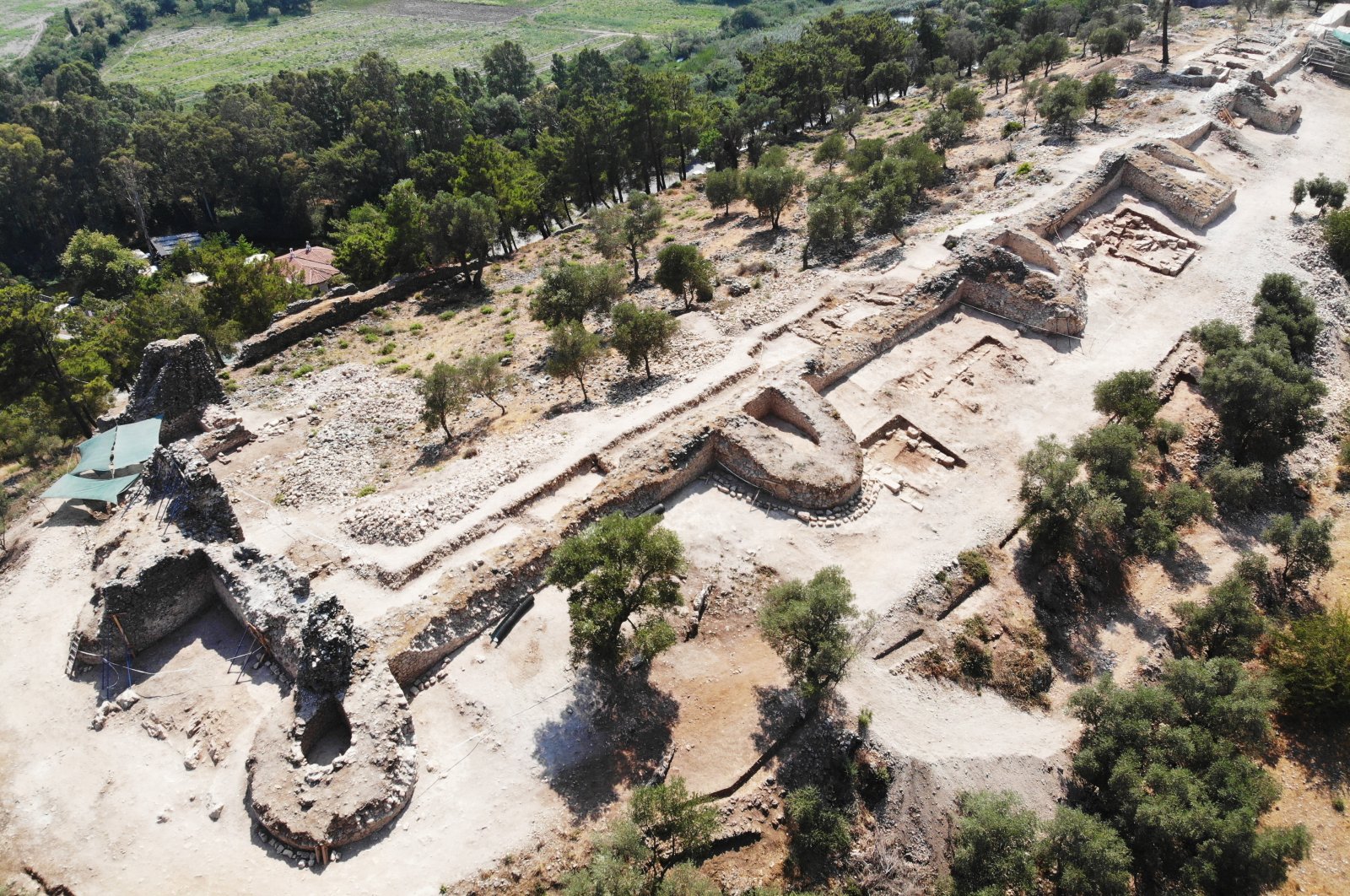 The findings unearthed in Akyaka, recognized by Cittaslow International in 2011, will provide more information about the Carian culture

Excavation work was launched in Akyaka in the Ula district of southwestern Muğla province nearly a year ago to bring to light the historical sites of the town. Efforts to reveal the history of the town have been continuing without any interruption, and the archaeologists are now unearthing the medieval castle walls.

Akyaka is a popular destination that can be visited in any season. It is known for its authentic architecture and relaxing nature from the forests to the sea. Whereas one is immediately overwhelmed by the town’s unique charm due to the spellbinding architecture, the tranquility of it leaves people speechless.

Akyaka was welcomed into the Cittaslow International network in 2011. Cittaslow is an organization founded in Italy whose goals include improving the quality of life in towns by slowing down its overall pace, especially in a city's use of spaces and the flow of life and traffic through it. Akyaka is a perfect place for those in search of complete peace while enjoying the crystal clear waters of the Mediterranean. It offers a fascinating experience away from the all hustle and bustle.

However, the town also bears historical and cultural mysteries and richness beneath its land as it houses a small settlement of the Idyma ancient city. With the excavations that started last year, medieval castle walls and rock tombs from earlier periods have been discovered in the town, which is considered to date back approximately 2,700 years. Cleaning and restoration works are being carried out in these areas.

Head of the excavation and Muğla Sıtkı Koçman University Archeology Department Lecturer Associate Professor Abdulkadir Baran told Anadolu Agency (AA) that the excavations in the region have been continuing for about 10 months without interruption.

Explaining that Akyaka is one of the important settlements of the Caria region in western Anatolia, Baran said, "We are currently excavating places where there are traces of the Hellenistic period, possibly related to the port. One of the most important areas we excavated and revived in the city is the medieval castle."

They determined during the excavations that the castle was also used in the Ottoman and Seljuk periods. Baran pointed out that in addition to the excavations, archaeological research and scientific studies continue in the city.

"As our work progresses, our knowledge of the Carian culture, one of the ancient cultures of this region, will be fully completed. We are trying to connect the Akyaka and Ula districts to each other as a cultural route. We are working to gradually make these areas visible,” he said.

Baran stated that they also carried out work on mosaics found in previous years and added that their work will continue in the churches in the later period.