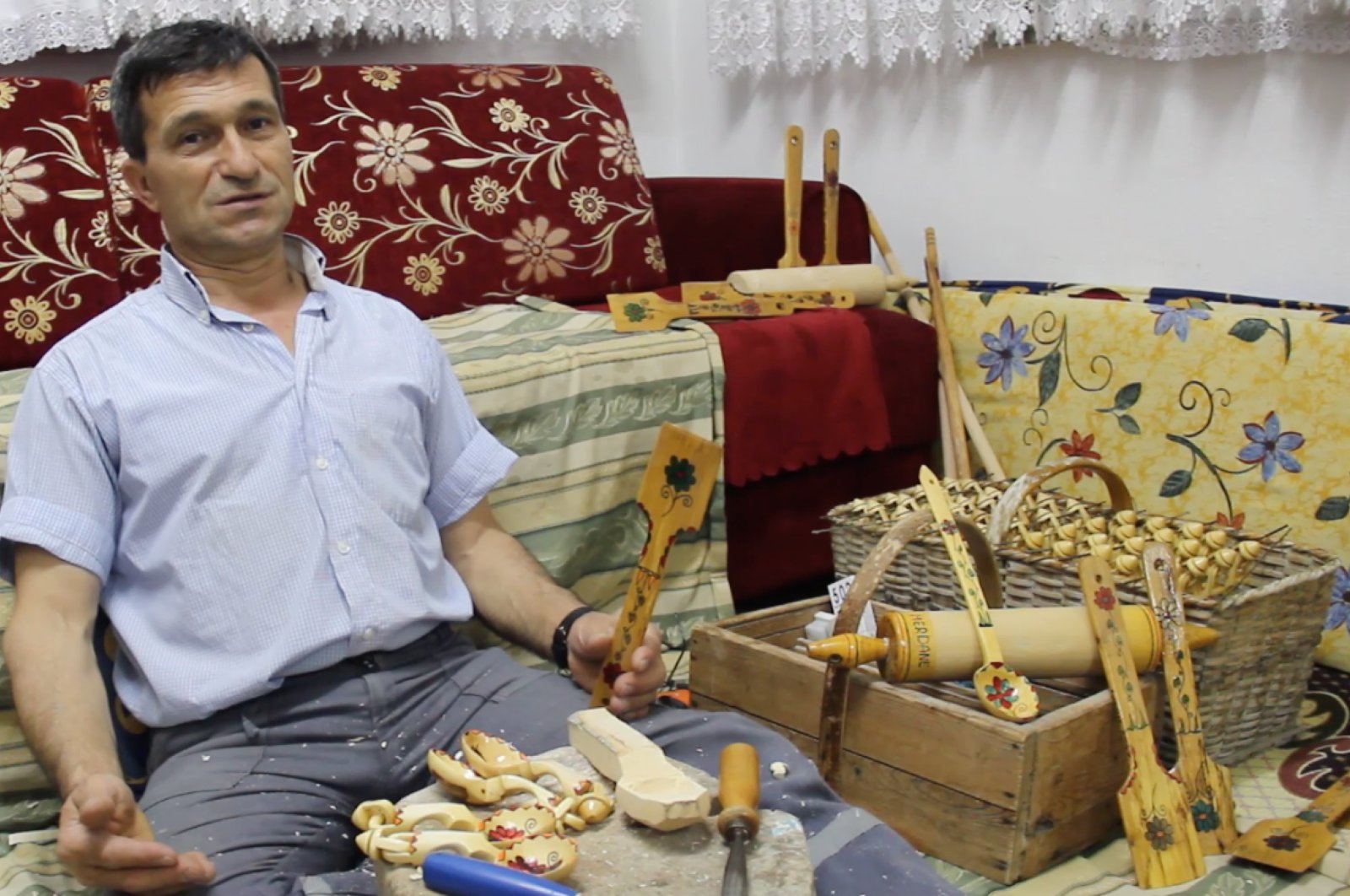 Lütfü Uğur, who lives in the Harmanalan village of northwestern Bursa province's Keles district, has been making wooden spoons since he saw them at a wedding ceremony 25 years ago.

Uğur sold his first spoon made of maple, hornbeam, beech and wood from similar trees to the folklore teams at Uludağ University. Indicating that he saw a wooden spoon 25 years ago when a person was playing a folk dance with wooden spoons in his hands, Uğur stated: “Then I got curious and started to make this folk dance spoon. At first, I could make only one spoon a day. I was having a hard time as I had no equipment. Now that I procured carving knives, chipping hatchets and saws, I can do more now. We played at my brother's wedding ceremony with the first spoons I made, and it was very much appreciated.

Indicating that he is the only person making this kind of spoon in the region and that there is not even a master and apprentice, Uğur continued: “In addition to the wooden folk dance spoon, I produce tablespoons, ladles, thick and thin rolling pins and other items. My spoons have become the registered folk dance spoon of the Bursa region as a result of the work of the Ministry of Culture and the Directorate of Public Education. At the moment, there is no other person who makes this wooden folk dance spoon than me. That is why we are currently working with the Keles Public Education Directorate. If we can employ apprentices, we want to pass this onto future generations.” Underlining that the best wooden spoon is made from the hackberry tree, Uğur said: “We believe that the hackberry tree is an evil eye tree in our region.”

Pointing out that he not only sells wooden spoons to folk dance teams, but also exports them to other countries, Uğur noted: “I also send them to countries like Austria, Belgium, Germany and Switzerland. They are finding my phone numbers and order spoons on the phone. Spoons usually go to schools due to folklore competitions there.” Uğur advised everyone to make spoons, saying that it makes you forget everything and alleviates stress.