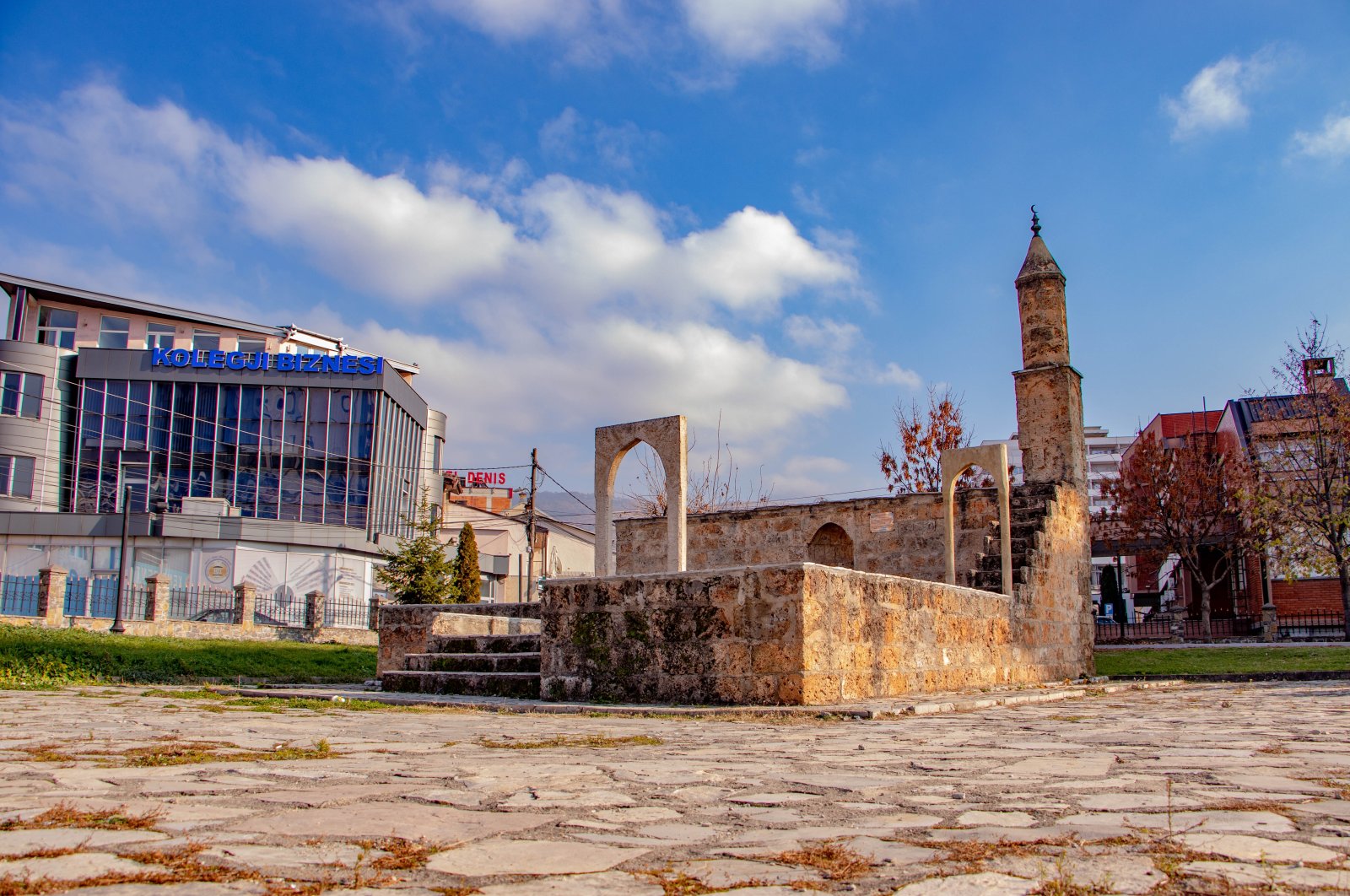 One can see Ottoman artifacts almost all around Kosovo, an independent Balkan country that was once ruled by the Ottoman Empire for nearly five centuries.

Among the cultural heritage the empire left behind in the country, Namazgah (open-air mosque) in the historical capital Prizren is the oldest Ottoman artifact and attracts great attention from tourists.

Namazgah is also known as the "Kırık Mosque," (Broken Mosque) among the people of Prizren. This important cultural heritage was built on the order of Sultan Mehmed II, better known as Mehmed the Conqueror, so Ottoman soldiers could pray in the city after they conquered it in 1455. Built by İsa Bey, one of the sultan's commanders, it was the first Muslim house of prayer in the city.

Namazgah's minbar (pulpit) and mihrab – a semicircular niche that indicates the direction of the Kaaba in Mecca where Muslims should face during prayer – were built of cut and dry stone.

Archaeological excavations carried out in the remains of Namazgah in 1969 and 1989 revealed that the minaret, which was previously 6.3 meters (20.6 feet) high, was dismantled and reduced to 5.85 meters over time. However, the excavations could not be completed.

It is known that the first thing the Serbian soldiers did was to take photos of Namazgah when they entered the city after the Balkan Wars in 1912 and the Ottoman rule ended in Kosovo. A health center and a workplace were built by the then-Kosovan administration in the area of the mosque, which had fallen into disuse for a long time.

Muslims in Prizren performed a bayram (eid) prayer in this area in 1990 to draw attention to the Namazgah and restore it.

As part of the protocol signed on Aug. 28, 2001, between the Turkish Battalion Task Force in Kosovo, which worked under NATO's Kosovo-based peacekeeping force back then, Prizren Municipality and Prizren Institute for the Protection of Historical Monuments, restoration work began at the mosque. The work was completed on April 5, 2002.

Its reconstruction was faithful to the original design. The surrounding area was also landscaped under the supervision of a delegation from Turkey's Gazi University, in cooperation with the Turkish Cooperation and Coordination Agency (TIKA).

Namazgah of Mehmed the Conqueror is of great importance to the Turkish and other Muslim communities living in Prizren. It is still one of the most popular destinations in the city, visited by local and international tourists alike.