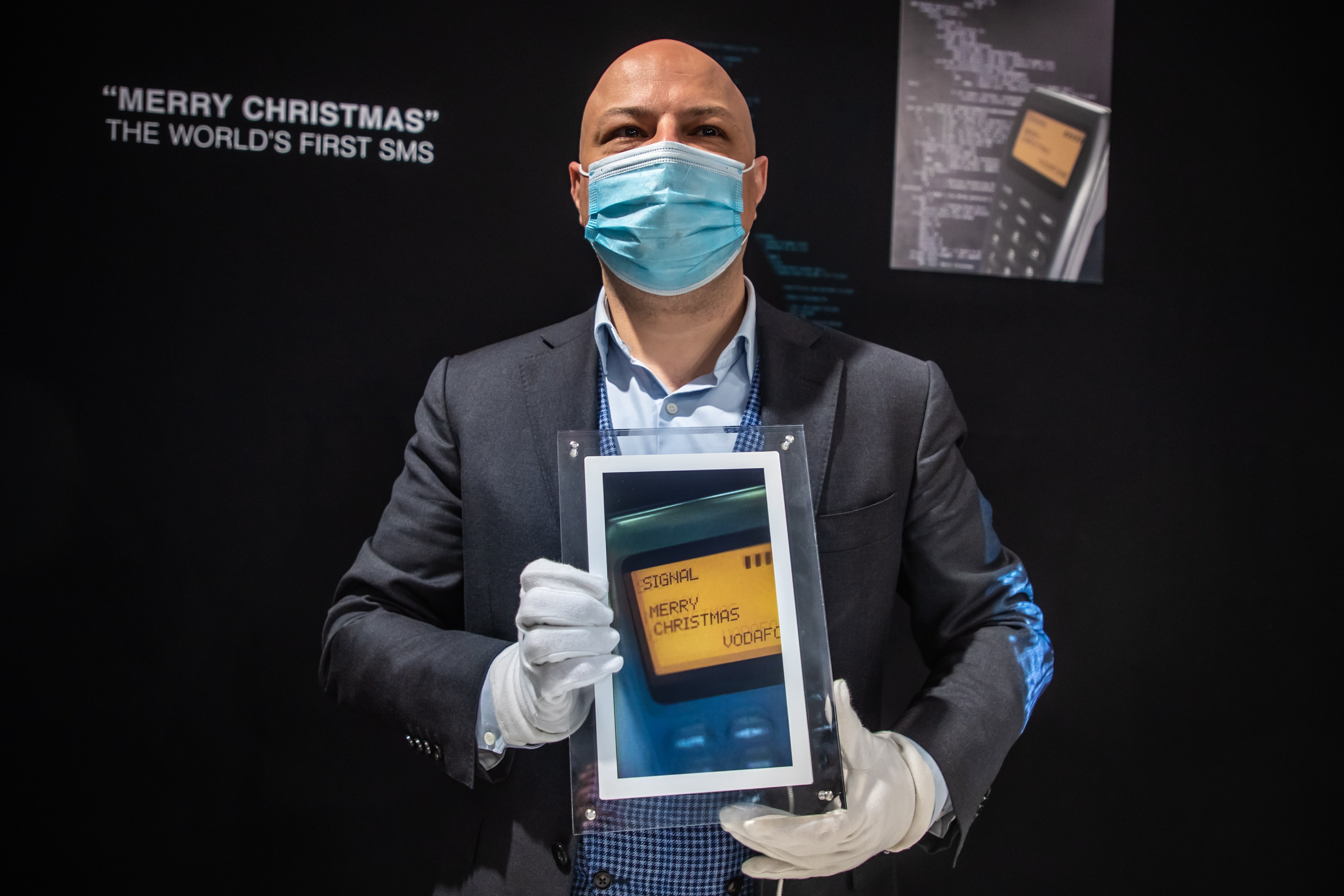 The buyer, whose identity was not disclosed but is a Canadian involved in the tech sector, is now the owner of a unique digital replica of the first SMS message in the form of an NFT.

NFTs are digital items that can be bought and sold using blockchain technology. They have become immensely popular for collectors, including artwork that sold for nearly $70 million at auction earlier this year.

Among those in the auction hall was 18-year-old blockchain entrepreneur Luigi Caradonna, who bowed out of the bidding when the price rose above 75,000 euros.

"I thought it would be interesting to have this piece of history to hold it as an asset until next year and to sell it next Christmas," he told Agence France-Presse (AFP).

Mobile network operator Vodafone has said it plans to donate its proceeds from the sale to the United Nations' refugee agency.