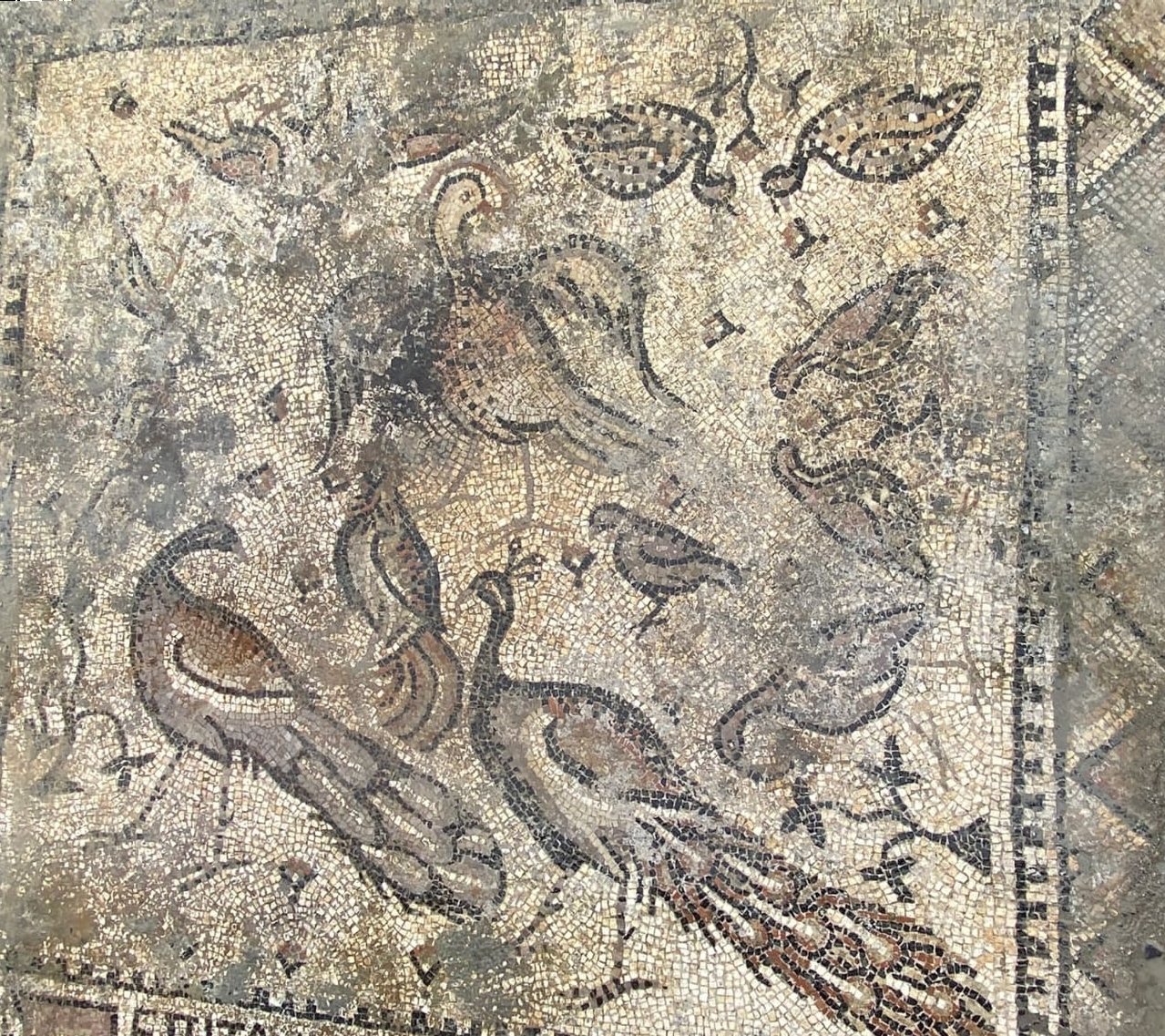 A mosaic made by a freed slave to thank God for his emancipation was unearthed during the excavation at the 6th-century Church of the Holy Apostles in southern Hatay province.

The Church of the Holy Apostles was found in an orange grove in the Arpaçiftlik neighborhood by Mehmet Keleş in 2007. After Keleş recognized historical artifacts while planting orange saplings in the grove, archaeological digs were launched in the area. With the disclosure of mosaics, animal figures, stone graves and bone remains, expert teams determined that the area was a church and its name was the Church of the Holy Apostles.

While digs continue in the historical church, archaeologists have recently found an area with a mosaic. The mosaic with a peacock figure also features an inscription in which a slave thanked God after being freed.

Speaking to Anadolu Agency (AA), Director of Hatay Archaeology Museum Ayşe Ersoy said that Hatay stands out with its history, nature and culture and the Arsuz district has had an important place in history as a port city since the first century A.D.

Noting that the Church of the Holy Apostles and its mosaics are of great importance as they reveal the period between the 6th and 12th centuries in the city, Ersoy continued: “During this year’s excavations at the church, another mosaic area was discovered. This mosaic made by a slave pictures peacocks and depictions of heaven.”