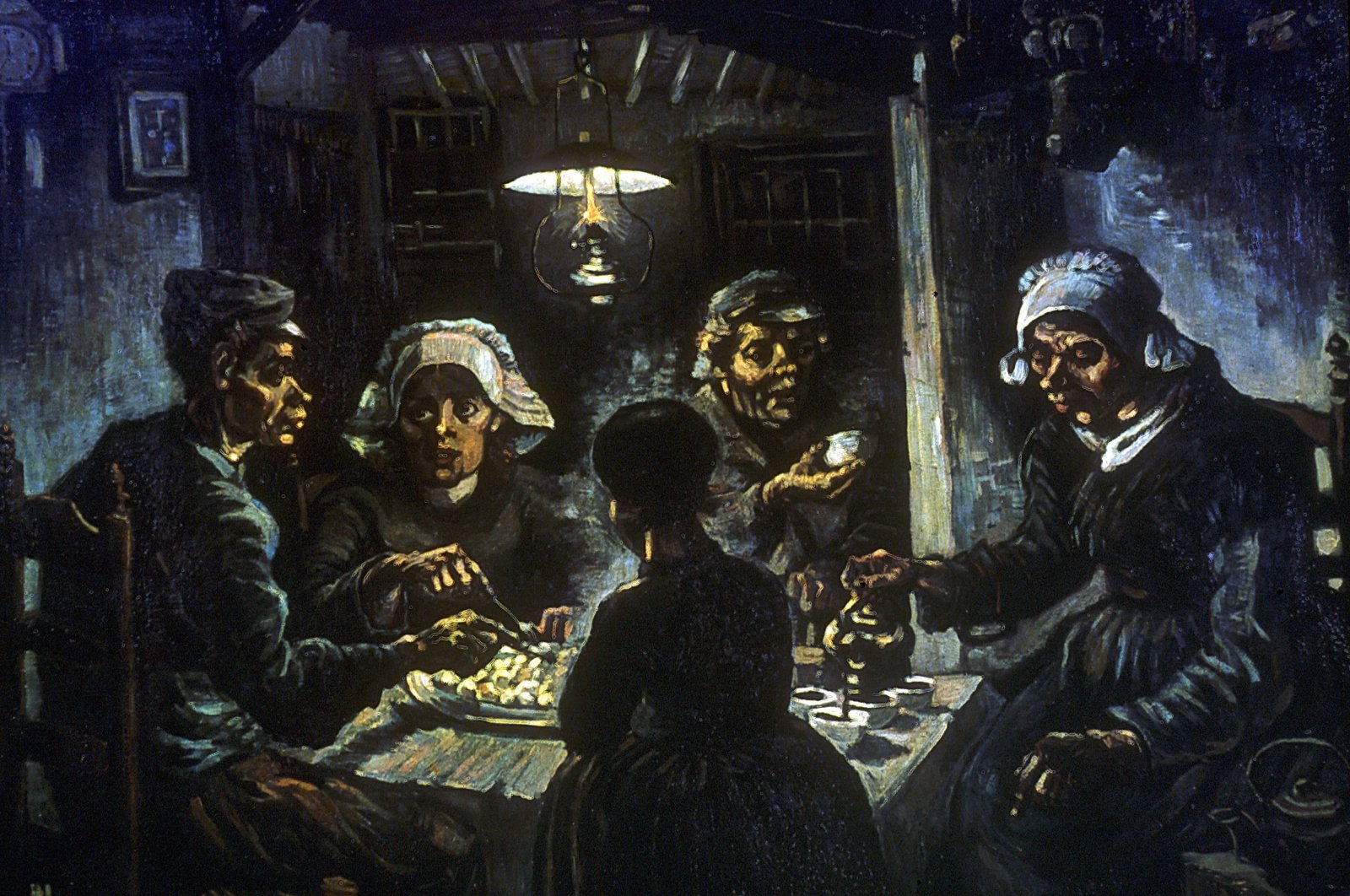 It is a rare occasion when history's greatest artists face criticism and works that have failed to appease the critics get another opportunity to shine in the limelight of an exhibition centuries later. So, adrenaline in the international art scene is up as it prepares to see one of Vincent Van Gogh's most "controversial" paintings at an Amsterdam museum, devoted to the 19th-century icon.

Five people are sitting in a cramped kitchen having dinner, their faces tired and distorted – bulbous noses, bony gnarled hands. The scene is dark and gloomy.

"The Potato Eaters" is one of the first masterpieces by Van Gogh and without a doubt the artist's biggest "failure," at least according to its critics at the time.

Even today, the Dutch painter is more famous for his cheerful paintings – his bright "Sunflowers" and light-flooded southern French landscapes.

But now for the first time, Amsterdam's Van Gogh Museum is devoting an exhibition exclusively to this early depiction of peasant life, full of darkness but also admiration.

About 50 paintings, sketches, drawings and letters will be on display from Oct. 8, telling the story of the painting – a "story of ambition and perseverance," the director of the museum, Emily Gordenker, said.

"The painting was never sold and never exhibited during Van Gogh's lifetime." Today, however, it is world-famous and considered a key work in the painter's development, she said.

Vincent Van Gogh painted "De aardappeleters" in 1885 during a turbulent period he spent with his parents in Nuenen, in the southeast of the Netherlands. He made numerous studies and sketches for it.

It's one of Van Gogh's "most thought-out paintings," said Bregje Gerritse, curator of the museum.

The painter himself described it as a "master's test" and, according to the curator, wanted to make his breakthrough with it. But the painting failed.

Van Gogh received harsh criticism for this work, especially because of its use of gloomy colors and the distorted depiction of people's faces.

The work shows five people from a poor family having dinner in the light of an oil lamp. In front of them on the rough wooden table is a bowl of steaming potatoes. A woman is pouring coffee.

To bring the painting to life, the museum has now recreated the scene with a life-size, walk-in model for its spotlight exhibition "The Potato Eaters. Mistake or Masterpiece?".

Van Gogh wanted to depict the harsh reality of peasant life, a life he himself admired. He deliberately showed the characters with coarse faces and bony hands worn from labor, Gerritse said. "Van Gogh wanted to show the peasants in all their roughness "

The colors were earthy, dark like the earth, he said. The color of the faces was that of "a dirty potato, unpeeled of course."

But the painting did not lead to the breakthrough on the Paris art market for which the artist had hoped. Even his brother, the art dealer Theo, did not like it, and his friend and fellow painter Anthon van Rappard slammed it as ugly and coarse.

But Van Gogh stuck with it and throughout his life considered it one of his best works – and certainly one of the most significant.

The message was more important than correct anatomy and technical perfection, he once explained. Art did not have to be beautiful, he said, but honest.

"I want to paint what I feel and feel what I paint." At the end of his life, he even considered painting a new version of "Potato Eaters."