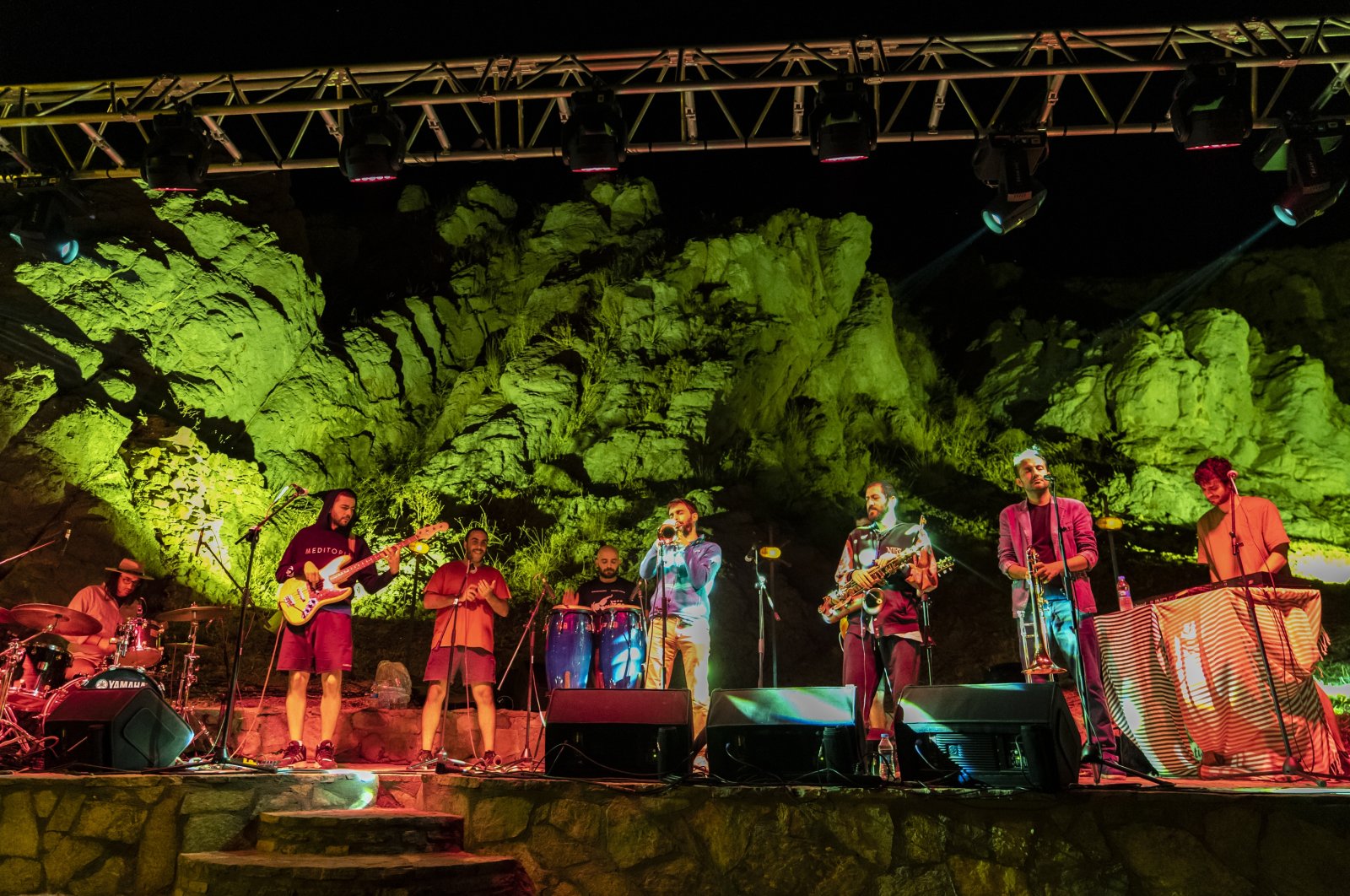 Deli Bakkal will perform at Beşiktaş Sanatçılar Park on Sept. 6 as part of the Jazz in Parks concert series. (Photo Courtesy of IKSV)
by DAILY SABAH Aug 27, 2020 12:53 pm
Edited By Irem Yaşar
RECOMMENDED

Istanbul Jazz Festival's concerts in September will be held at popular parks and open-air venues in Istanbul as well as through an online platform.

The festival, scheduled for Sept. 2-14, has been organized by the Istanbul Foundation for Culture and Arts (IKSV) for 23 years with the sponsorship of Garanti BBVA and with the support of the Ministry of Culture and Tourism.

This year's event was postponed until September due to the COVID-19 outbreak. The festival will host many Turkish artists, from well-established stars to young artists at the very beginning of their artistic careers. The “Jazz in Parks” concerts that will be held as part of the festival will offer relaxing events mixing music and the great outdoors at public parks in various districts of Istanbul.

The first concert, which will be held free of charge, will start at 5:30 p.m. on Sept. 5 in Şişli Habitat Park. In the evening, the stage will welcome the Saynur Eren Quartet, An Quartet, Güneş Özgeç and Kam. The Saynur Eren Quartet is a promising band from the next-generation jazz scene. An Quartet has a broad spectrum of music from jazz standards to funk. Singer-songwriter Özgeç is known for her adaptations and the unique map she has drawn for herself on the stage. Rambling on the axis of experimental folk-rock and jazz, Kam is known for his improvisations infused with the band's yearslong continuing partnerships.

The second concert of “Jazz in Parks” will take place at 5:30 p.m. on Sept. 6 at Beşiktaş Sanatçılar Park. In the evening, Seda Erciyes & JmH, Duble Salih and Deli Bakkal will take the stage. Deli Bakkal brings together African sounds with jazz and funk, while Salih Nazım Peker and Salih Korkut Peker, who define their music as "alternative folk," will present new-generation uzun hava (unmetered folk) songs. The last performance of the night will be by Seda Erciyes & JmH with their rhythmic music inspired by hip-hop, soul and jazz music.

The last concert of “Jazz in Parks” will be held at 5:30 p.m. on Sept. 13 at Beylikdüzü Valley of Life. The Beylikdüzü stage will host the Udgang Trio, a project in which musician Atahan Çiftçi brings the familiar sound of oud to the jazz scene; Afroloji, who filters the jazz standards through funk and rock and brings them together with afrobeat; and jazz vocalist Su Idil. The last performance of the night will be by Turkey’s world-renowned clarinetist Barbaros Erköse. Erköse, whose jazz tunes, unique to Turkey, have been greatly appreciated and whose music extends to the world from Istanbul and Bursa’s entertainment venues, will offer the audience an unforgettable evening.