48th Istanbul Music Festival to kick off online in September 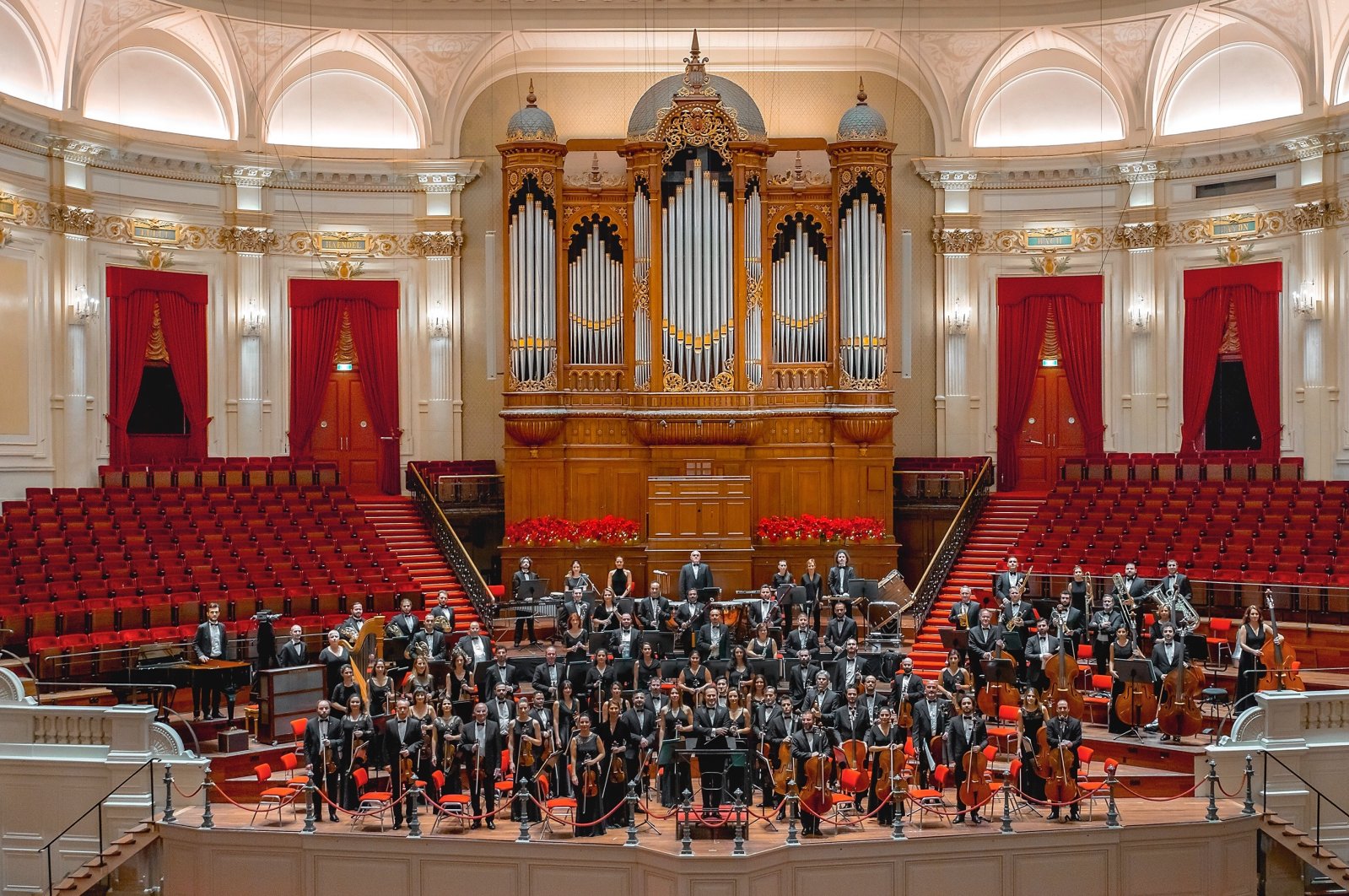 Borusan Istanbul Philharmonic Orchestra will perform before the audience at the Harbiye Cemil Topuzlu Open Air Theater on Aug. 19 as part of the 48th Istanbul Music Festival. (Courtesy of IKSV)
by DAILY SABAH Aug 07, 2020 11:02 am
Edited By Irem Yaşar
RECOMMENDED

The new dates and format of the 48th Istanbul Music Festival, organized by the Istanbul Foundation for Culture and Arts (IKSV) with the support of the Ministry of Culture and Tourism, have been set. Initially scheduled to be held in June but postponed to September due to the COVID-19 pandemic, the event will be online from Sept. 18 to Oct. 5.

As part of the festival, videos of all concerts in the program will be released in digital form to ticket holders.

There will also be a single concert with live guests that will be performed by Borusan Istanbul Philharmonic Orchestra (BIPO) at the Harbiye Cemil Topuzlu Open Air Theater on Aug. 19. That performance will have a limited audience, in line with COVID-19 measures.

Videos of the 48th Istanbul Music Festival concerts are being shot in historical places, both in Istanbul and in various cities of Europe, with bands such as Wiener Akademie, Bilkent Symphony Orchestra, Kheops Ensemble, Philharmonix, Beethoven Trio Berlin, Borusan Quartet and Semplice Quartet, in addition to talented soloists such as Thomas Hampson, Bülent Evcil, Derya Türkan, Yurdal Tokcan, Gökhan Aybulus and Ezgi Karakaya.

In Istanbul, videos will be recorded at locations that showcase the city's multicultural identity and historical and cultural treasures, including the Theodosius Cistern and the Tekfur Palace (Palace of the Porphyrogenitus) in Fatih district, Khedive's (or Çubuklu) Palace in Beykoz, the Tophane-i Amire Culture and Art Center and the Vosgeperan Armenian Catholic Church in Beyoğlu, the Cathedral of the Holy Spirit (St. Esprit Cathedral) in the Pangaltı quarter of Şişli, and the Süreyya Opera House in Kadıköy. Artists will also be recorded in various cities in Belgium, Germany, Austria and the Netherlands, where historical venues such as Austria's Burg Perchtoldsdorf castle and the Stavelot Monastery in Belgium have been chosen. The festival aims to bring the concerts to listeners with high-quality video and audio.

The festival program kicks off with Tekfen Philharmonic Orchestra. The group, led by maestro Aziz Shokhakimov, was accompanied on stage by violinist Emre Engin, and the concert was recorded at the South Campus Square of Boğaziçi University in Istanbul. In the set, pieces from Ludwig van Beethoven, Wolfgang Amadeus Mozart, Sergei Prokofiev and Bela Bartok were performed. Their performance can be seen in the digital program of the festival that will take place in autumn.

Continuing to believe in the unifying power of music along with all of its supporters during the days of physical distancing, the Istanbul Music Festival breaks new ground in its 48th edition. Establishing the “Festival Orchestra,” which will consist of Turkey's most talented young musicians under the direction of senior maestro Cem Mansur, this edition will bring a qualified, dynamic and innovative approach to music interpretation. Under Mansur's baton, the "Festival Orchestra" will touch audiences with a program that includes the works of composers from different countries.

The 48th Istanbul Music Festival also celebrates the 250th birthday of one of history's greatest musicians with "The Luminous world of Beethoven." The online edition of the festival will reach more listeners with cheaper admission prices than physical concerts. Details and ticket information for the festival, which includes Beethoven's iconic works, new projects he inspired and new orders of works, will be announced later this month.