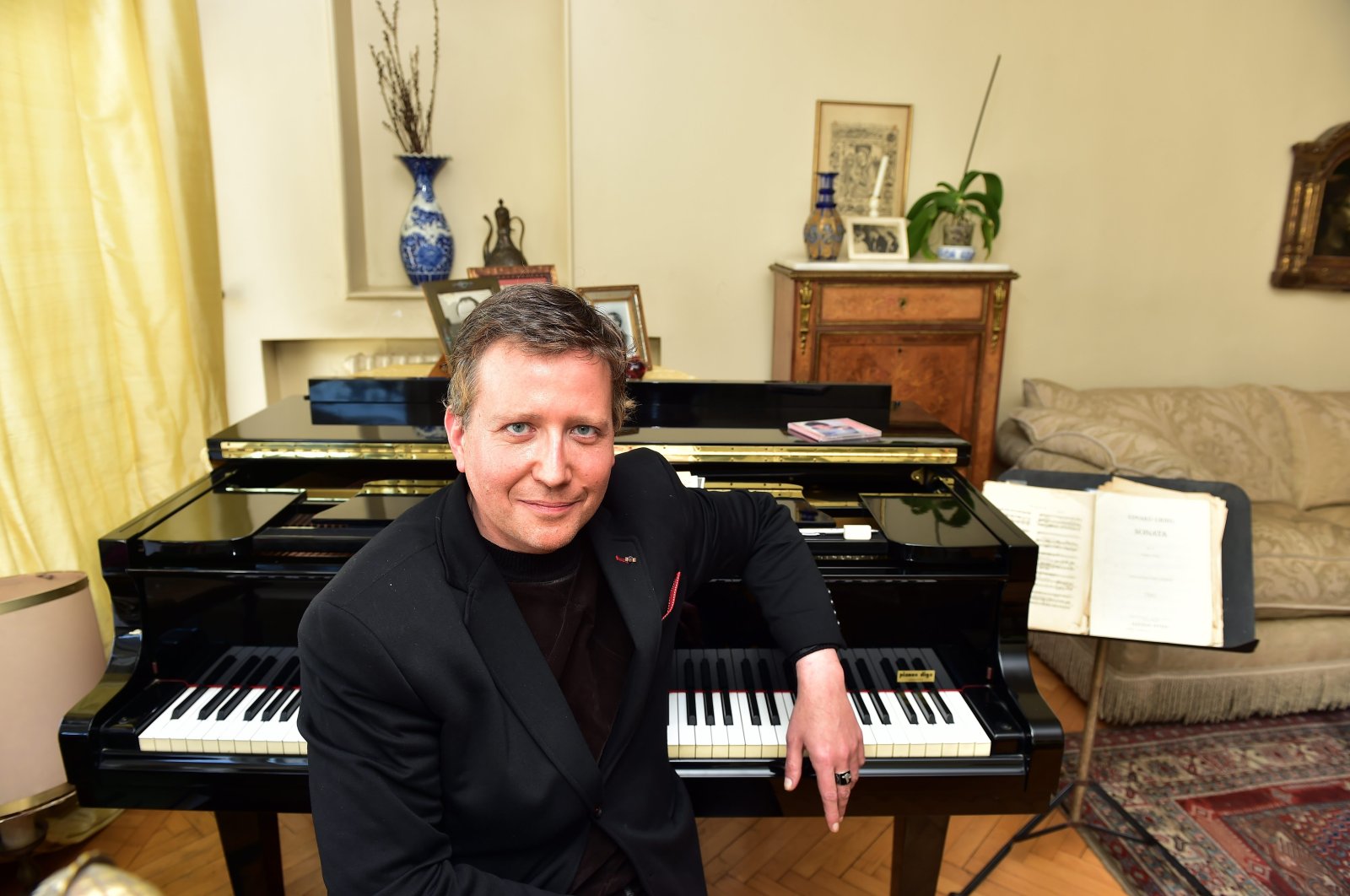 French classical pianist and composer Stephane Blet, known for his fascination with Turkey and the Turkish culture, died after falling from an apartment balcony in Geneva on Friday. He was 52.

The death of the artist was confirmed by one of his relatives to Anadolu Agency (AA) on condition of anonymity. The family member stated that the musician's death was made to look like a suicide, asserting that he was in good health and had planned a live social media broadcast for the evening he passed away.

On Monday, French journalist Pierre Jovanovic said on Twitter that he would pay tribute to Blet, who he said "left to join the angels" on Jan. 7 in Geneva.

YouTuber Jim le Veilleur, who has produced many programs with Blet, said the pianist was not suicidal but was having financial problems.

Speaking to AA on Blet's death, his adviser Dilek Akyürek said she met the pianist in September last year and helped plan his activities.

Akyürek said Blet went to Switzerland to visit a friend on Jan. 7 and he was planning to go to France to visit his mother before returning to Turkey on Jan. 25.

She said Blet had faced health issues before and that he was not the best at looking after himself, though she said she did not think he committed suicide.

Noting that Blet had received death threats in his final years, Akyürek said: "Even though no one directly caused his death, many people worked together so that he would die, psychologically."

The famous pianist had been living in Turkey since 2016. Blet had performed in a concert in 2018 to support Turkish troops fighting the PKK terrorist organization's Syrian offshoot, the YPG, in northern Syria during the country's Operation Olive Branch.

He filed a criminal complaint against YPG/PKK sympathizers on social media after receiving death threats in 2019.

In its more than 40-year terror campaign against Turkey, the PKK – listed as a terrorist organization by Turkey, the United States and the European Union – has been responsible for the deaths of over 40,000 people, including women, children and infants.