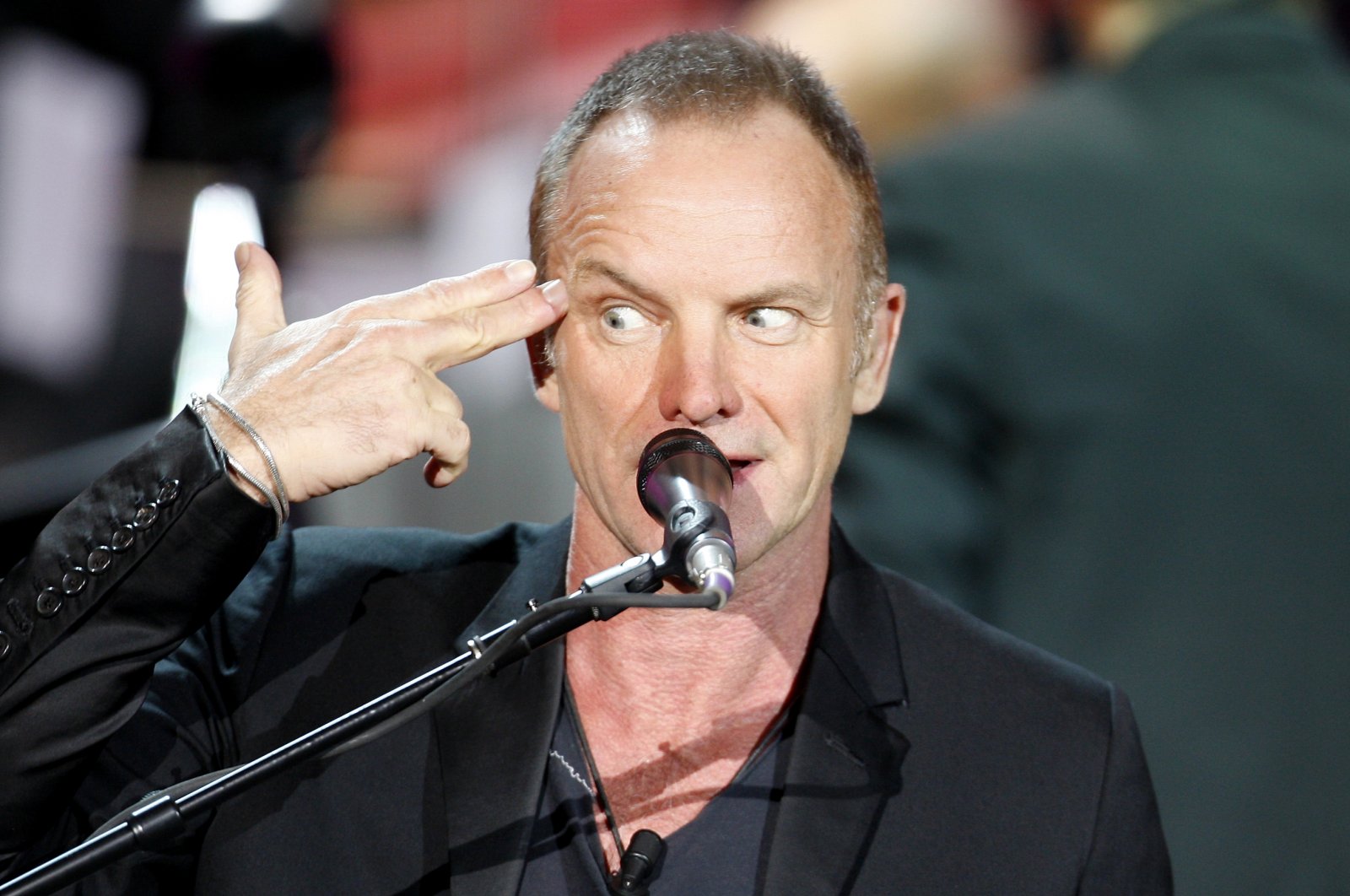 British singer-songwriter Sting will release his upcoming 15th studio album this Friday. Despite returning to the music scene with a hopeful album, he admits that he wrote the album in a year of turmoil stemming from various factors, including the global pandemic, political and social issues, and there is still a lot to worry about.

"I think we're in a very dangerous political climate at the moment where the working class has felt abandoned by what they call the elite," he told Agence France-Presse (AFP) on a recent trip to Paris.

"It has left them vulnerable to demagogues, to right-wing nonsense, fakes, snake oil salesmen."

For the famously mild-mannered rock star, real name Gordon Sumner, the attacks on his liberal way of life have been piling up in recent years, especially in Britain.

"For me, Brexit is a personal tragedy. I'm sad for my country. We knew it was going to be a disaster and we have to accept this, but I'm not happy," he said.

"Young British people have been robbed of the opportunity to experience Europe. It's insane."

He is also baffled by vaccine skepticism, putting him at odds with some other veteran rockers like Van Morrison and Eric Clapton who have opposed vaccine mandates at their concerts.

Sting puts it politely: "I don't really understand the, uh, the science of the objection.

"I had no hesitation in taking the vaccine. I'm old enough to remember kids in my street with polio who were crippled, and that disease was eradicated overnight with the vaccine," he continued.

"I would like people to come to my shows to be vaccinated. I'm not going to enforce it, but that's my desire."

His new album "The Bridge" is out Friday and is about finding a way forward from this quagmire.

"All these people I'm writing about are in transition between relationships, between life and death, between being sick, being healthy.

"We're all looking for this bridge to somewhere different, somewhere more comfortable. How do we get to the other side? I don't know. I don't think anyone knows, but we're looking for it."

With 15 solo albums and 17 Grammy Awards to his name – as well as a guaranteed place in the rock pantheon as founder of 1980s legends The Police – Sting has little left to prove.

But past traumas still reverberate. New song "Loving You" appears to recall his mother's infidelity that helped estrange him from his parents (he admitted skipping both their funerals in his autobiography "Broken Music").

That did not stop him from following a similar path – he had a decadelong affair with his current wife before finally getting a divorce from his first in 1992.

It all feeds his songwriting.

"I always avoid writing love songs that say, 'I love you and you love me.' It's a closed circle. Whereas 'I love you, but you love somebody else' - that's an interesting scenario for a writer," he said.

"As a man of my age, I've experienced the entire spectrum of emotions from the greatest joy to the greatest misery. So when I write about love, I feel I can be authentic."

Sting has six children from his two marriages and most are following in his artistic footsteps. Two are actors, two are musicians and one is a filmmaker.

The youngest, however, wants to be a cop and that has nothing to do with his father's early band.

"He says 'You're all creative - I want to do something useful!'" Sting said with a smile.

"The Bridge" was recorded during Europe's lockdowns, with musicians scattered around different locations and Sting in his English mansion.

He didn't find that too unusual. "It's not such a novelty to record remotely. Often the drummer can be in Los Angeles, I could be here in Paris, somebody else in Italy... and the technology has existed to do this remotely for many years.

"The secret is to make that situation intimate, to have a warm rapport that you can hear."

Now he's back on the road, trying to make up all the dates that were canceled by the pandemic.

"I have to fulfil all my commitments. That may take me 18 months," he said.