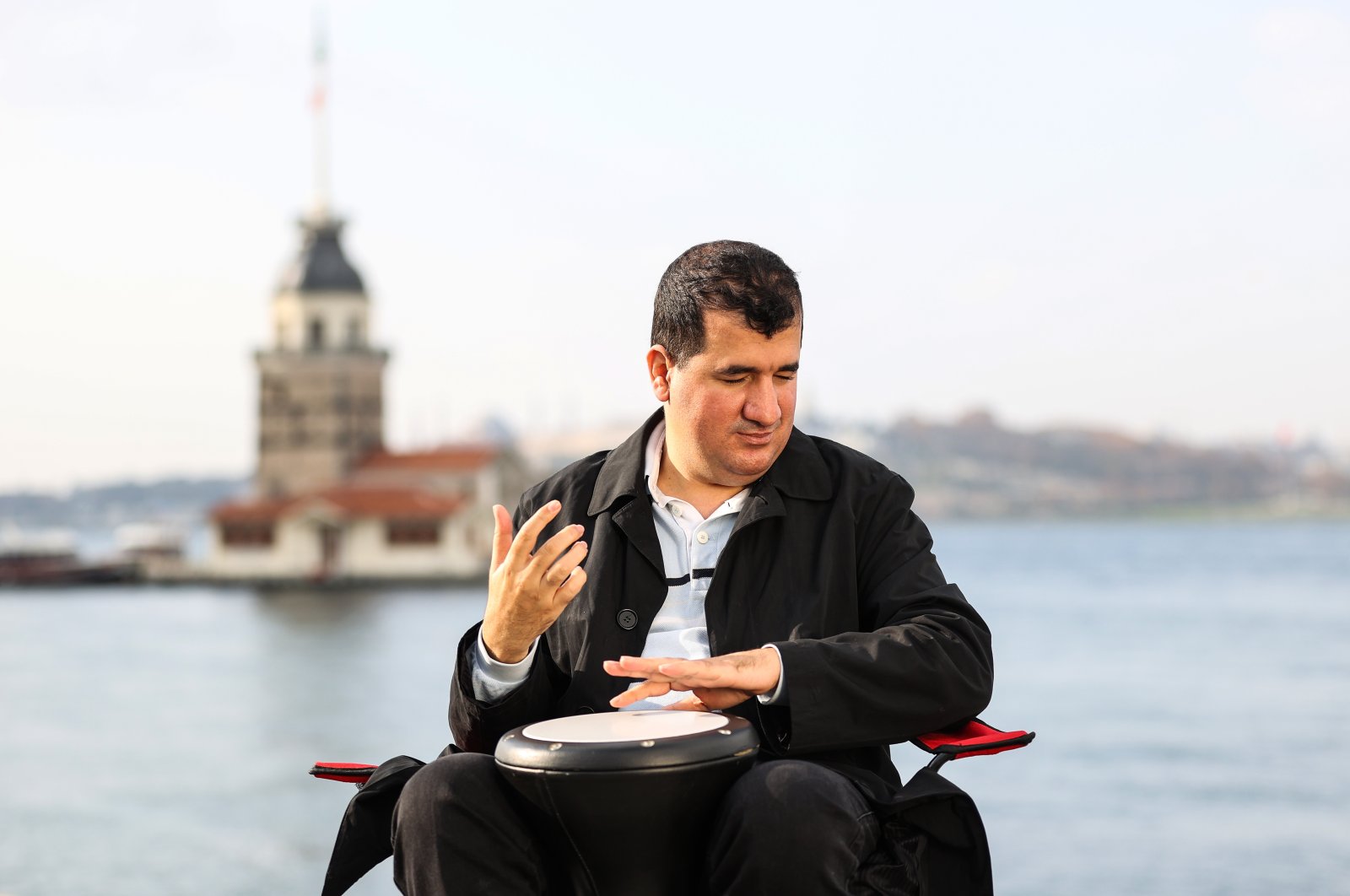 Turkish musician Bilal Göregen wants to play the darbuka for U.S. President-elect Joe Biden and congratulate him on his win.

"I would like to congratulate Biden and play the darbuka for him. Biden is very democratic. I love him very much," Göregen, who is visually impaired, told Anadolu Agency (AA). "Democracy, freedom, equality ... are, in fact, values that every human being should defend. So I congratulate Joe Biden as someone who defends these values."

A video of Göregen recently went viral on social media showing him performing the popular Finnish song "Ievan Polkka" on the darbuka, a goblet-shaped single-headed hand drum while sitting on a park bench. The funny video, which features a cat "vibing," or rhythmically bobbing its head to the song, became a viral meme.

Göregen shared the video on his YouTube channel on Nov. 1, and it received millions of likes within a month. Parodies of his video were also shared by millions of people around the world.

Biden supporters later added a dancing Donald Trump to the video after Trump lost the presidential election, and Göregen became world-renowned amid the tense U.S. polls.

Speaking about his musical ability, he said: "I cannot act modest about this. In Turkey, everyone plays the darbuka, sings a song and makes music. But I am the only one in Turkey who can play percussion instruments and imitate various rhythms with my mouth and create instruments from these sounds."

With his unique playing style of the darbuka, Göregen, 32, became popular in Turkey on the local version of Got Talent, a TV competition, 10 years ago.