An electrician of sound: Documenting the life of Ilhan Mimaroğlu 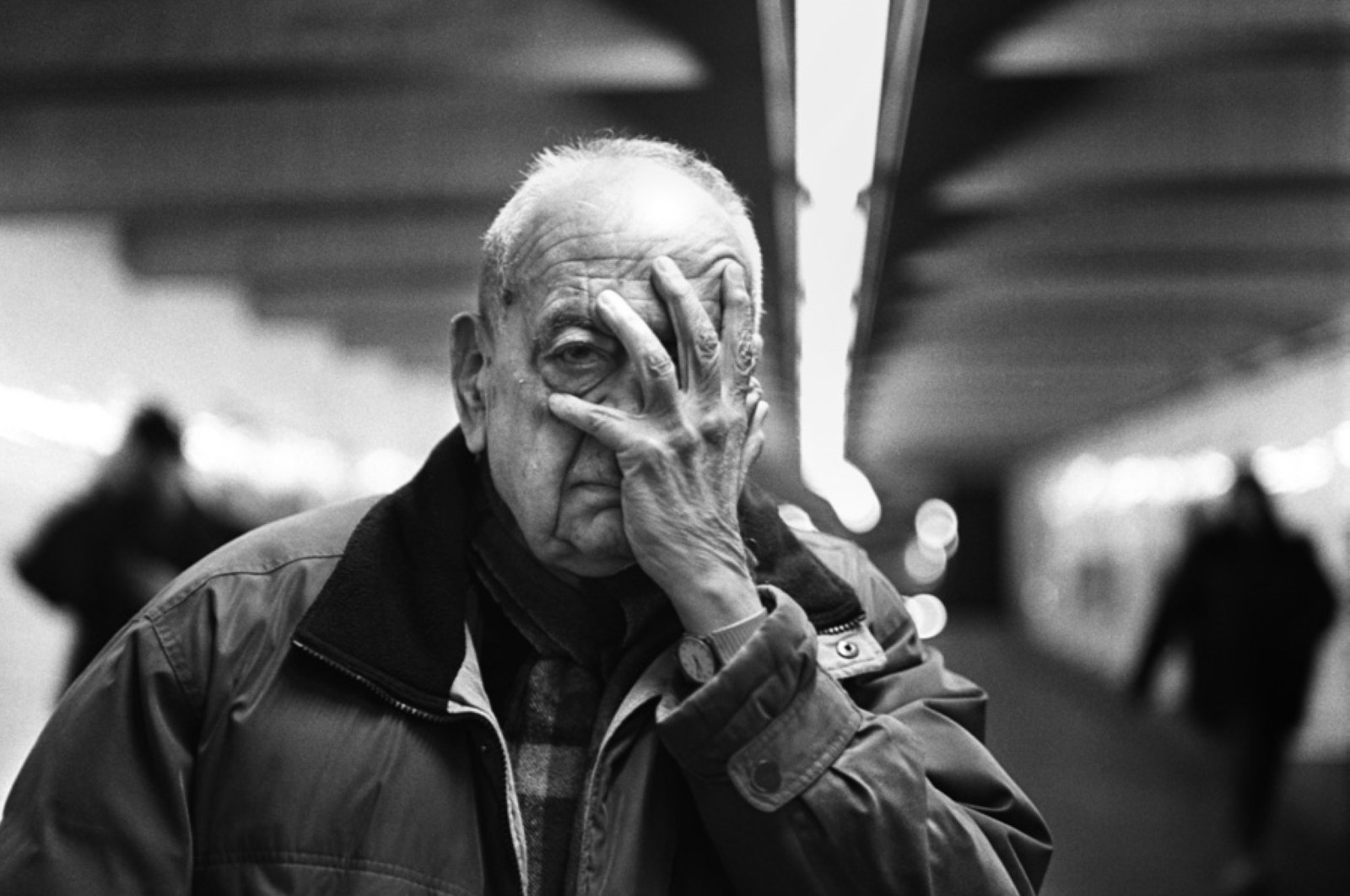 A photo of Ilhan Mimaroğlu in New York. (Photo Courtesy of Heimatlos Films)
by Matt Hanson Jun 01, 2020 11:05 am
Edited By Irem Yaşar

A new documentary on the life and music of Turkish electronic musician Ilhan Mimaroğlu will be released in the fall of 2020. “Mimaroğlu: The Robinson of Manhattan Island” by Serdar Kökçeoğlu is a sonic extravaganza

The man had dark circles under his eyes. He was said to play his compositions through a headset while he slept, so that in his dreams, he could continue to critique and create out of his otherworldly oeuvre. He appears to have been an affable sort, one uplifted by the levity of his soul, which traveled to cerebral planes where borders are no longer relevant. It was such an inclination that led him, a young boarder in Istanbul, to woo his married hostess and eventually whisk her away to New York City.

On the island of Manhattan, he could be seen wearing a plain black shirt which read, “Measly Mozart.” It was part of his eccentric persona, in which he felt confident enough to protest the peerless precedent of Amadeus so much so that he penned a letter to the editor of The New York Times, declaiming the status quo obsession with the Viennese prodigy. It was not the compositional prowess of the music that he was against, but the institutionalization of his constant centerstage legacy, in lieu of unsung and contemporary composers.

Mimaroğlu considered himself a composer, a contemporary composer at that, and keenly pursued an adequate education in the field. Turkey could not fulfill his early aspirations. So, together with his soulmate, Güngör, who speaks and appears throughout the film, Mimaroğlu knocked at the door of the Columbia-Princeton Electronic Music Center. It was the 1970s, and the Turkish community in New York influenced major historic breakthroughs in American music, led by such industry heads as Ahmet Ertegün, one of the founders of Atlantic Records.

In collaboration with Atlantic Records, Mimaroğlu worked directly with such jazz giants as Charlie Mingus and Freddie Hubbard. The 1971 album, "Sing Me a Song of Songmy," is a fusion of creative composition and soundscape by Hubbard and Mimaroğlu, the principal artists on the recording. It is an imposing pastiche of layered horns and voices, a blistering avant-garde amalgamation of two musical minds. It assumes the penchant that Mimaroğlu had for the media criticism of Marshall McLuhan, particularly the prescient idea of data overload.

Throughout the feature documentary, the music of Mimaroğlu plays to a fascinated trove of edited archival footage. Much of it was shot by the subject himself. To begin, Kökçeoğlu found an old reel where Mimaroğlu, ever the plump night hawk, introduces himself to the camera and then goes on to explain the socioeconomic incredulities of his survival as a contemporary composer of politicized electronic music. In his piece, "To Kill a Sunrise," a voice narrates the mundane newspeak of assassinations and executions.

Together with grainy moving images of a bygone New York City, the music of Mimaroğlu is evocative against the bleary-eyed morning haze of smokestacks in contrast to the reflective gleam of skyscrapers. The timbre of his electronic instruments, mixed with the precise emotional grab of his compositions, has the power of painting a different mood over any image and experience with that of his pervasive aural ambiances. He provokes the unsettling sensibilities of the age in which he lived.

If the artist is said to reflect their times, to be a kind of mirror, a witness whose presence is heard and seen and felt, then the music of Mimaroğlu presaged the prevailing milieu in which technology has arguably hijacked the creation of art and has come to define its existence from emergence to appreciation. The film by Kökçeoğlu creatively adapts the compositions of Mimaroğlu, essentially intertwining a new multimedia layer into his works, which are credited as the biographical narrative unfolds.

As a legendary jazz producer, and the owner of a record label, Finnadar, a subsidiary of Atlantic Records, Mimaroğlu crusaded to bring avant-garde classical and electronic music to more listeners in America and throughout the world. But he was frustrated in his efforts by the fact that even working with such names as John Cage and Karlheinz Stockhausen, there was simply no audience. His critiques of capitalism were stymied by his reliance on the deep pockets of Atlantic Records, specifically Nesuhi Ertegün, to fund his multivalent projects.

For the love of sounds

"La Ruche," the second track on his 1976 album, is a force of strings commingling with noise elements that distort as they compel the composition into a feedback loop of waving, arrhythmic textures. It was the jazz composer Thelonious Monk who is attributed as saying that writing about music is like dancing about architecture. But, the music of Mimaroğlu is like listening to architecture. Steps and slides of piano crescendo to crashes of frazzled bows and cacophonies of electronic bells and whistles.

One of the first and broadest online archives of avant-garde culture, Ubu.com, dedicates a page to Mimaroğlu in its section on sound. Some 32 of his compositions are streamable above his obituary in The New York Times. He passed away in 2012. In the film, his life partner, Güngör, concludes the third section of the triangular documentary with remembrances of him. Her son, Rüstem resented their leaving him behind in Istanbul for New York. His relationship with Mimaroğlu went as far as their intellectual conversations about cinema.

Much of the film shows Mimaroğlu in his twilight years, embracing Güngör tightly, as she was ever his window into social worlds beyond the shadow realms of his inner pulsing. She is seen in the documentary, often prancing about the streets of Manhattan, delighting in every opportunity to grace the floor of parties and openings, screenings and sessions. She was also a businesswoman and leftwing activist. But toward the end of the film, she is shown in her Istanbul flat, aged, nostalgic for the love of her life that she lost in America.

In Turkey, Mimaroğlu is often known for his writings as much as his music, which to most ears would likely remain unpalatable. His overflowing shreds of literary insight are sharp and perceptive, as he narrates himself throughout the film. He calls life in his contemporary age anachronistic, perhaps exemplified by its unrelenting glorification of 18th century Romanticism in music. His messages could well be spurned as bleak, for their transcendence of meaning in favor of more experimental, boundlessly creative paths to the reciprocal delights of experience.

In his defense, Mimaroğlu was a keen observer of Western society, and his music is a testament to a modernist intelligence forged in the cultural milieu of midcentury Turkey and reinforced by the struggles of immigration in America. But beyond national belonging, or art form, his lifelong creativity in music, especially electronic music, serves as a beacon by which contemporaries might remember original alternatives in the history of popular culture. Mimaroğlu, like an island castaway, heard another music for the soundtrack of the current day.