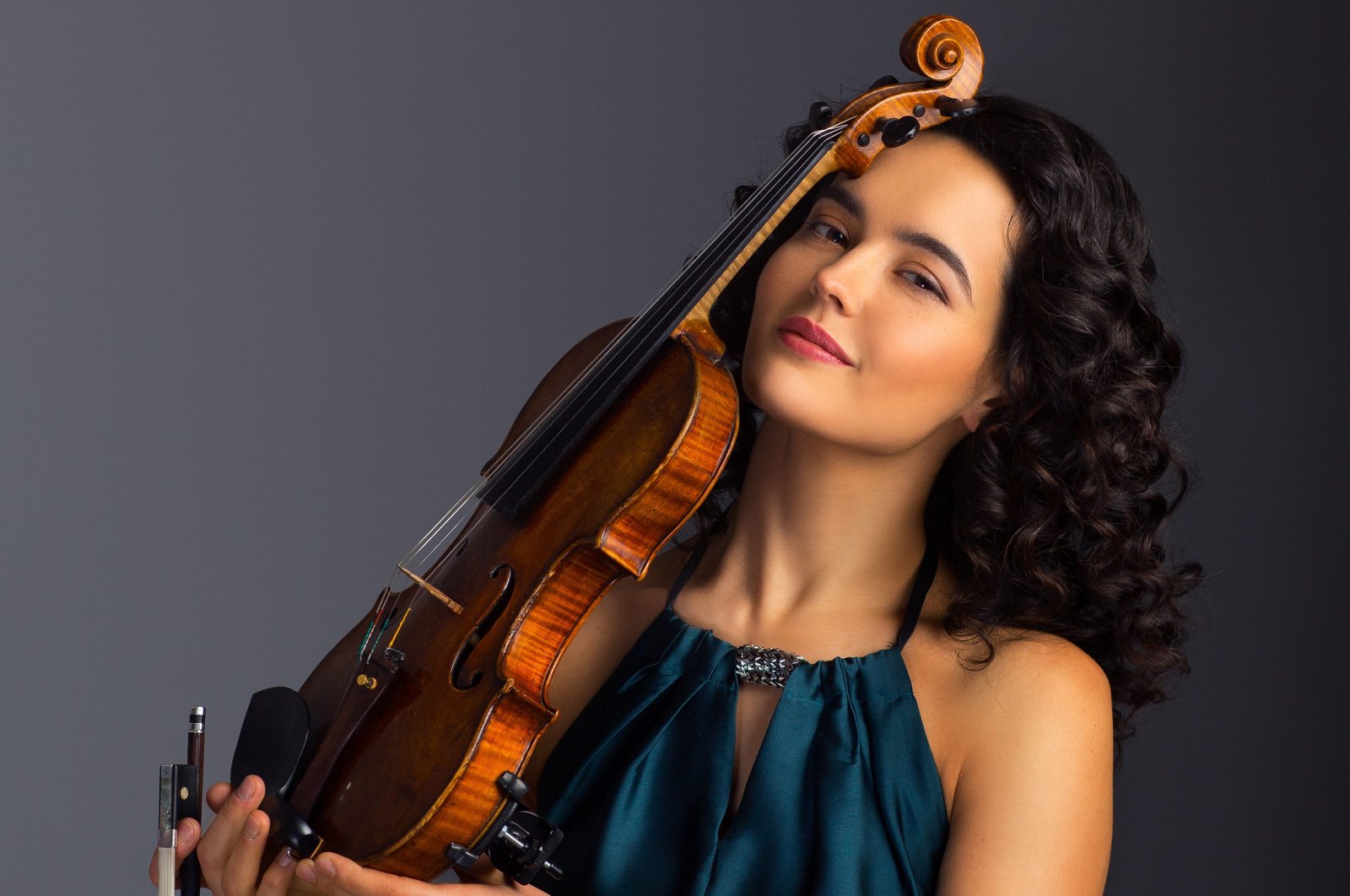 Having risen to fame as one of the finest violin virtuosos of her generation, March 9 sees Alena Baeva set to take the stage of Istanbul's Cemal Reşit Rey (CRR) supported by the stunning Basque National Orchestra.

The international award-winning violinist will showcase works rarely performed in Turkish music venues, including German composer Max Bruch’s timeless violin concerto No.1, while the Basque National Orchestra, led by Austrian maestro Hans Graf, will present the latest symphony from Anton Bruckner – a mysterious and romantic piece that Turkish audiences will be delighted to finally enjoy live. Ahead of the concert, Cemal Reşit Rey Concert Hall Director Cem Mansur will also treat music lovers to a little background in a speech entitled “Bruckner: A Strange Man.”

The Basque National Orchestra is one of Spain's leading symphony orchestras. Having assumed the role of ambassador for the recognition of Basque culture globally, the ensemble has embarked on numerous international tours, traveling wide and far across Germany, Austria, Switzerland, France, the U.K., Italy and various Latin American countries, such as Argentina, Brazil and Chile.

Hans Graf, a distinguished Austrian conductor known for his extensive repertoire, has served as music director of the Houston Symphony, Calgary Philharmonic and Orchestre National Bordeaux Aquitaine. He has also conducted the Salzburg Mozarteum and the Basque National Orchestra. Graf was awarded France’s highest civilian honor, the “Chevalier de l'Ordre de la Légion d'Honneur” ("National Order of the Legion of Honour" ), as well as the “Grand Decoration of Honour in Gold” for his services in the Republic of Austria. He also holds the title of Emeritus Professor in the Department of Orchestral Conducting of Mozarteum University in Salzburg.

Alena Baeva has worked with Mstislav Rostropovich and Seiji Ozawa. Baeva's awe-inspiring talents have secured her reputation as a rising star of her generation. Her many international accolades include such distinctions as the Wieniawski (2001), Moscow Paganini (2004) and Sendai (2007) awards.

Tickets for the musical soiree are available at Cemal Reşit Rey Concert Hall box office and Biletix for TL 110, 80, 50 and 30.