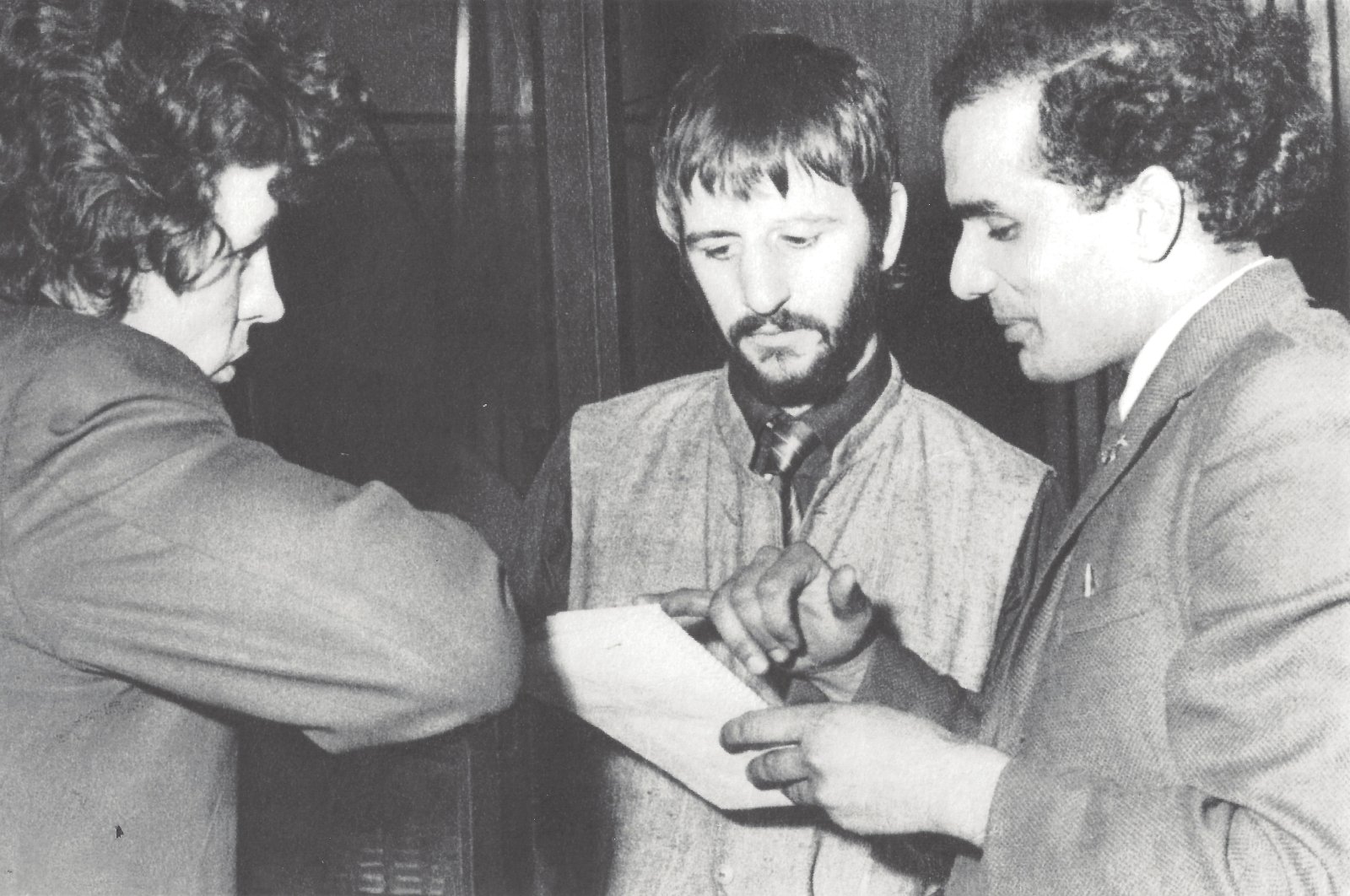 Suresh Joshi meets with engineer John Brahn and Ringo Starr in Liverpool, in 1968. (Liverpool Beatles Museum via Reuters)
by Reuters Nov 11, 2021 11:33 am
RECOMMENDED

You never know what you are going to find in your attic some day. It could be some basketball cards, yearbooks or, if you're lucky, a song from the Beatles from beyond the grave. That is what happened to a lucky person who found a never-before-heard song featuring Beatles members George Harrison and Ringo Starr.

The song, which was found in an attic last year, has now been unveiled at the Liverpool Beatles Museum.

Written and produced by journalist and broadcaster Suresh Joshi, "Radhe Shaam" was recorded at London's Trident Studios in 1968, with vocals from Indian musician Aashish Khan, Harrison playing the guitar and Starr on the drums.

"People were tapping their feet, nobody could believe that it was so old," Joshi told Reuters after playing the recording to an audience at the museum in the Beatles' home town.

"It was an absolutely wonderful moment and relief at the same time that I have delivered it in my humble way."

Joshi said he was recording music with Khan for the film "East Meets West” at Trident Studios when Harrison walked in and they started talking. The Beatles were recording "Hey Jude" at the time.

Both Harrison and Starr later offered to play on his track.

Joshi found the recording last year, stored away among other belongings in his attic at home, after a friend, checking in on him during lockdown, was intrigued by his stories of the past. He then worked with a producer to restore the tape.

"We rescued it, put the whole thing together, took nearly a month to bring it back to its originality ... and digitized it," Joshi said, adding the song would be released with all proceeds going to charity.

In a press release, Joshi described the 53-year-old song as relevant today.

"The song itself revolves around the concept that we are all one, and that the world is our oyster – something that we have all realized during this pandemic," he said.