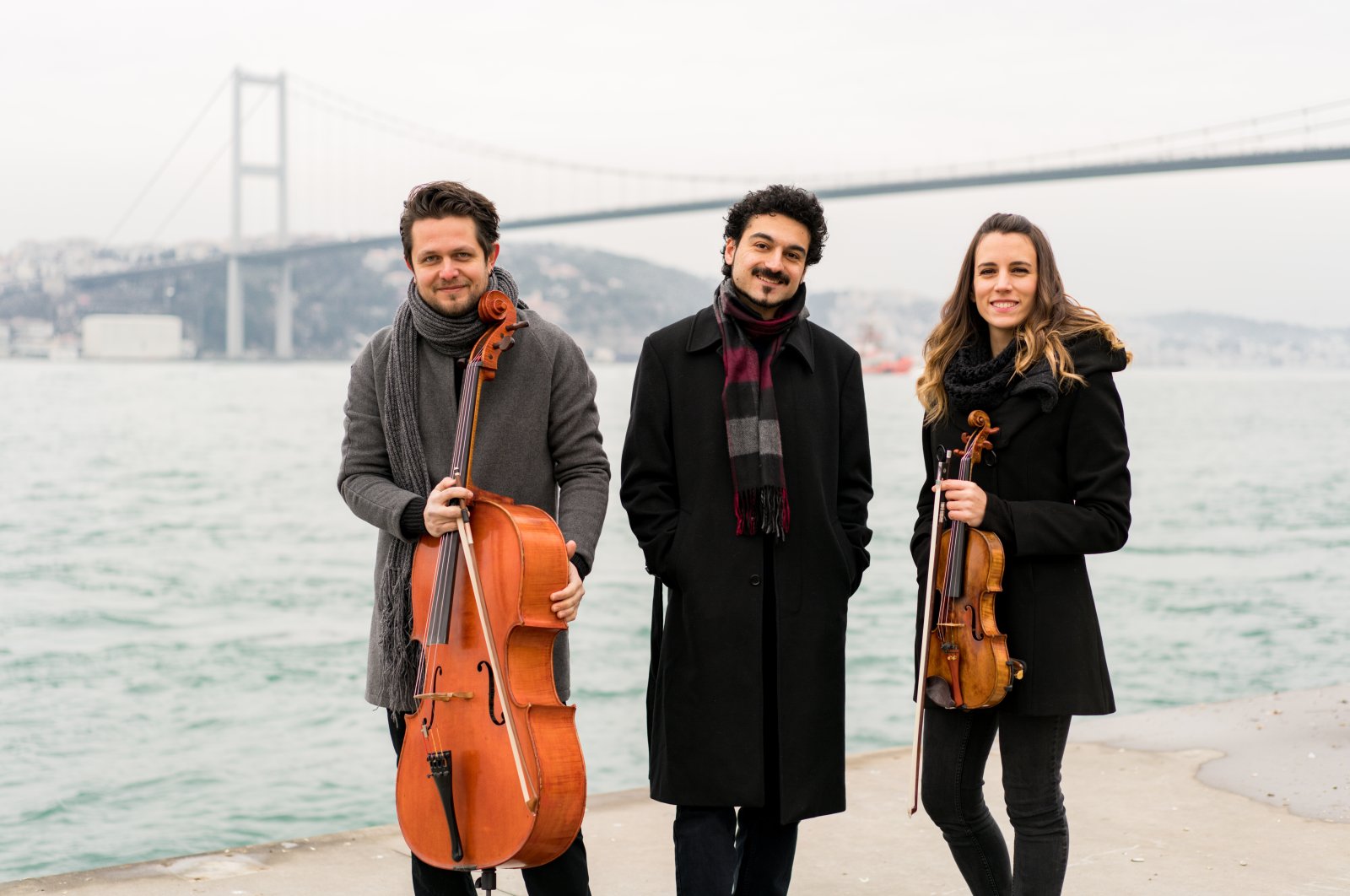 The piano trio Bosporus Trio, founded four years ago, has taken the first step to introduce the works of Turkish composers to the world. The band, consisting of a violinist, cellist and pianist, recorded their first album by performing only Turkish works in order to represent Turkey and its music culture in the best way both at home and abroad.

Pianist Ünaldı said that every conservatory-graduate musician has performed chamber music with their colleagues, but forming a permanent band with a name and keeping it going is not something that everyone can achieve. Ünaldı said that cellist Çetin proposed the idea to establish a trio four years ago and so he took part in the group as a pianist, saying: “It is important not to split up when you are forming a group. We have not divided our energy. So, we have formed a historical record. There is no permanent classical music trio group in Turkey. The number of trios with a name in the world is also limited.”

Çetin stated that their band had achieved harmony since the day it was founded, recalling that many musicians have formed bands, but they disbanded in a short amount of time. Underlining that they formed this group to realize their dreams, Çetin continued: “We have performed a lot of concerts. We hold an average of 10 concerts a year – which is a good number for one season.”

Stating that they have a lot of work to do and prefer to include a piece written in the 20th century in all of their concerts, she said: “We will not prefer only new works in concerts or in the next album. We prefer works from classical and romantic periods. We work in chronological order. We will include more of the living composers in the next albums. We make our concert plans according to album works.”

Bosporus Trio will perform at Süreyya Opera in the composition contest final organized by Kadıköy Municipality on Oct. 12 and give their first concert of the season by performing winning compositions.

The first record of the band, which introduces Turkish works to listeners, will be released worldwide on Aug. 14.