Britney Spears slams her family, California for her exploitation 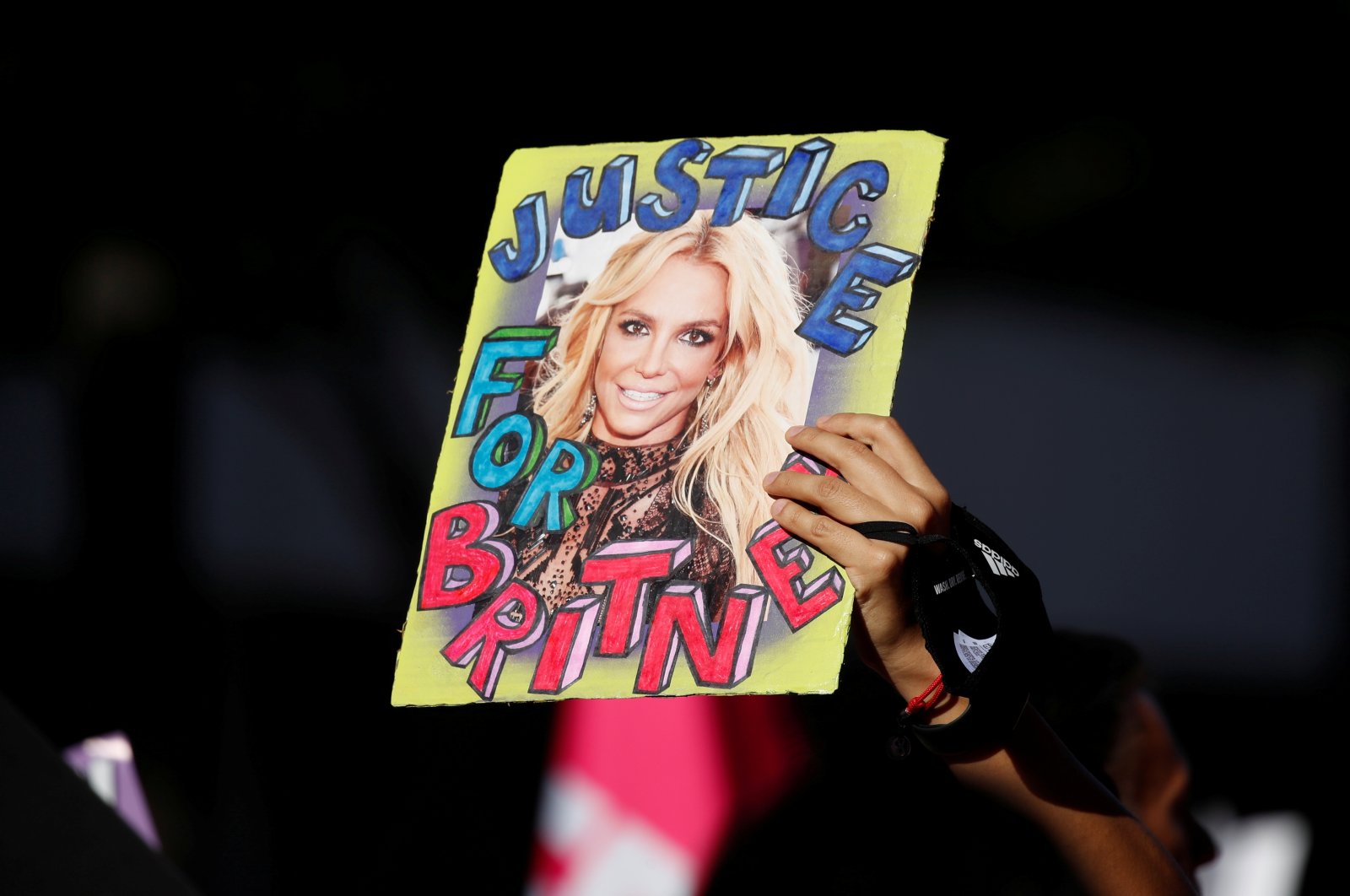 A supporter of singer Britney Spears holds up a picture of the pop star with the words "Justice for Britney" during celebrations of the termination of her conservatorship, outside the Stanley Mosk Courthouse in Los Angeles, California, U.S. Nov. 12, 2021. (REUTERS)
by German Press Agency - DPA Dec 14, 2021 4:48 pm
RECOMMENDED

Following the end of the 13-year-long conservatorship that controlled her life and money, Britney Spears has taken back her financial freedom. While celebrating it in the run-up to the Christmas holidays, the pop star also criticized her family and the U.S. state of California.

The pop star said she was "embarrassed" that her father, Jamie Spears, had been allowed to exploit her and control her access to money for years.

She was freed from the controversial conservatorship last month after nearly 14 years.

In a lengthy message on Instagram, the singer referenced her infamous 2003 interview with Diane Sawyer during which she was accused, among other things, of having a "shopping problem."

"What was with the 'you're in the wrong' approach ... and making me cry" she said.

"My manager put that woman in (my) home and made me talk to her on national television and she asked me if I had a shopping problem."

"But I'm more embarrassed for my family for condoning the fact that I wasn't allowed to have cash for so long when I worked my little ass off for them."

"I'm embarrassed for the state of California for permitting my father to have me work as hard as he worked me all those years.

"I'm sad for all of them because I know my value and worth now and they LOST ME!"

Spears added that she had used the money to buy Christmas presents and wished her followers well during the festive season.

"I bought chocolate, Christmas socks and a bottle of white wine with my cash, it was great," she said.

"I felt so independent when I came home. Hope you're all having a wonderful Christmas," she added.