BTS first K-pop act to be nominated for Grammy 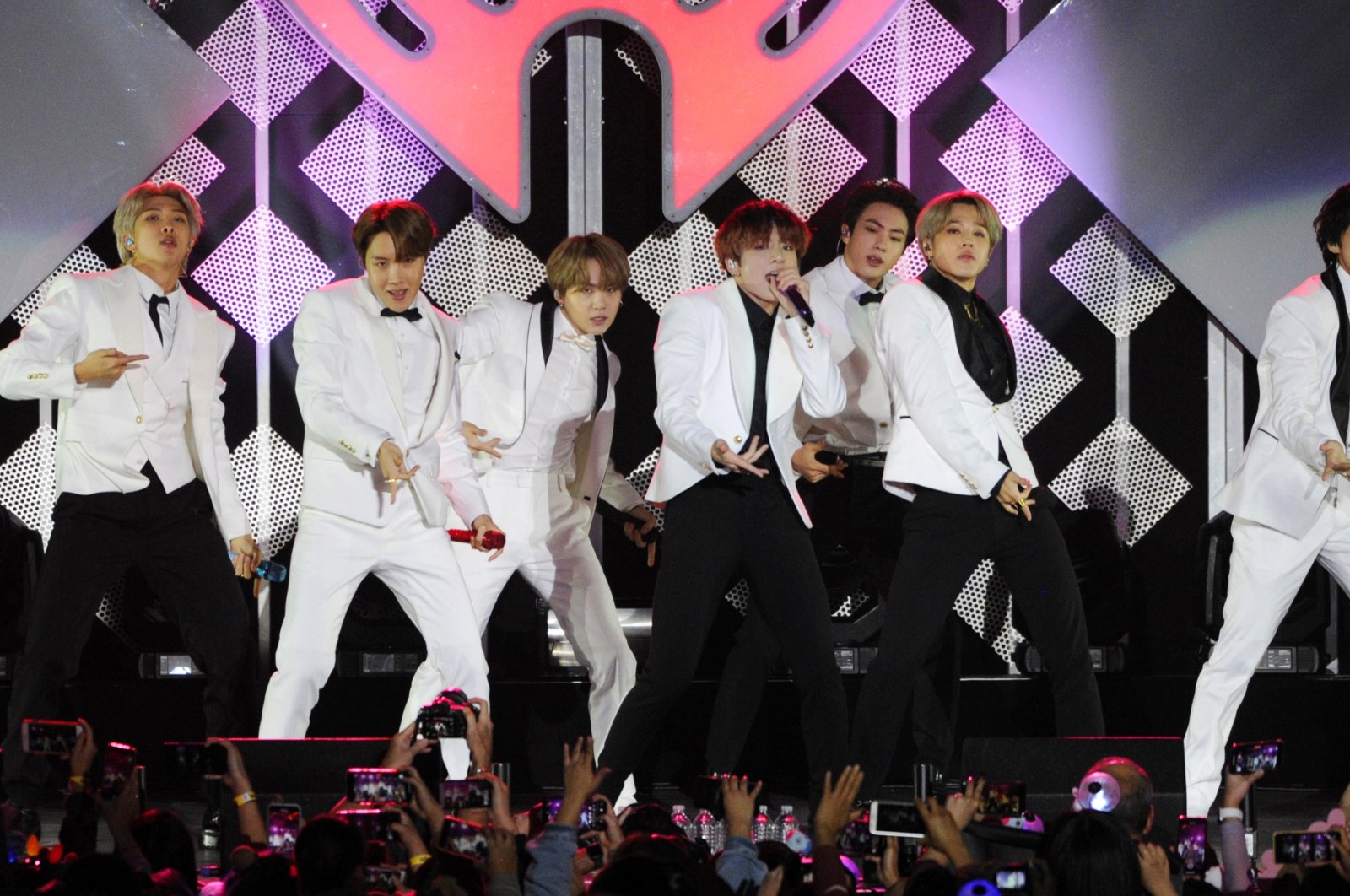 During the time they spent at home during the pandemic, Korean pop sensation BTS created their hit single "Dynamite" to motivate their fans. The song, which they released as a gift to their admirers, has garnered the group their very first Grammy nomination.

“A lot of people were sad and down and out because of the COVID situation and it was sort of our suggestion to pick (everyone) up,” Jin said in an interview this week with The Associated Press. “We were supposed to do the whole stadium tour all over the world. There was no plan to release a single like ‘Dynamite,'" RM explained. “‘Dynamite’ gave us a huge success in Korea, of course, a Grammy nomination, a performance, so you know, life is really interesting."

“Dynamite” became BTS’s first No. 1 hit on the Billboard Hot 100 chart when it was released last year. After years of logging Top 40 hits and selling out arenas and stadiums, the seven-member collective is competing for best pop duo/group performance and will also perform at Sunday’s 2021 Grammy show. BTS is the first K-pop act to compete at the Grammys.

“It’s really hard to express in words,” Jimin said of the nomination. “Even now we can’t still believe that we were nominated, and we’ll be able to perform at the Grammys. So, we’re thankful. We’re honored.”

BTS’s explosive hit will battle another No. 1 smash – Lady Gaga and Ariana Grande’s “Rain on Me” – as well as Top 10 successes like Taylor Swift and Bon Iver’s “exile” and Justin Bieber and Quavo’s “Intentions.” J Balvin, Bad Bunny and Dua Lipa’s “Un Dia (One Day),” which topped the Billboard Hot Latin Songs chart, rounds out the five nominees.

“I always listen to ‘Rain on Me.’ It’s so great to listen to that song on the treadmill. It was a hit. It was a fire last year,” RM said. “And, of course, ‘Intentions,’ ‘exile’ was crazy. And J Balvin and Dua Lipa.”

“We’re nervous and actually, frankly, we’re not expecting (to win) so much because we don’t want to get disappointed because Lady Gaga, Taylor, Bieber, all the big names (are nominated). So, we’re kind of confused. It’s like a rollercoaster - back and forth, back and forth, up and down.”

In a tweet – in Korean – Coldplay called BTS’ rendition “beautiful.”

“Coldplay came to Korea about three years ago for a big concert and I and J-Hope went to their concert and we watched ‘Fix You' at that time and it meant so much,” RM recalled. “Hopefully we can work with them, or maybe have a meeting and sip some tea or coffee or anything. We love Coldplay.”

The IFPI, the organization that represents the global recording industry, said last week that BTS was the best-selling act of 2020.

The band is currently working on new music – as a group and soloists. They said the Grammy nomination does create some pressure for the next batch of songs they produce, but they’re not letting the success get to their heads. “We try to stay down to earth and put our feet to the ground and do what we do,” RM said.