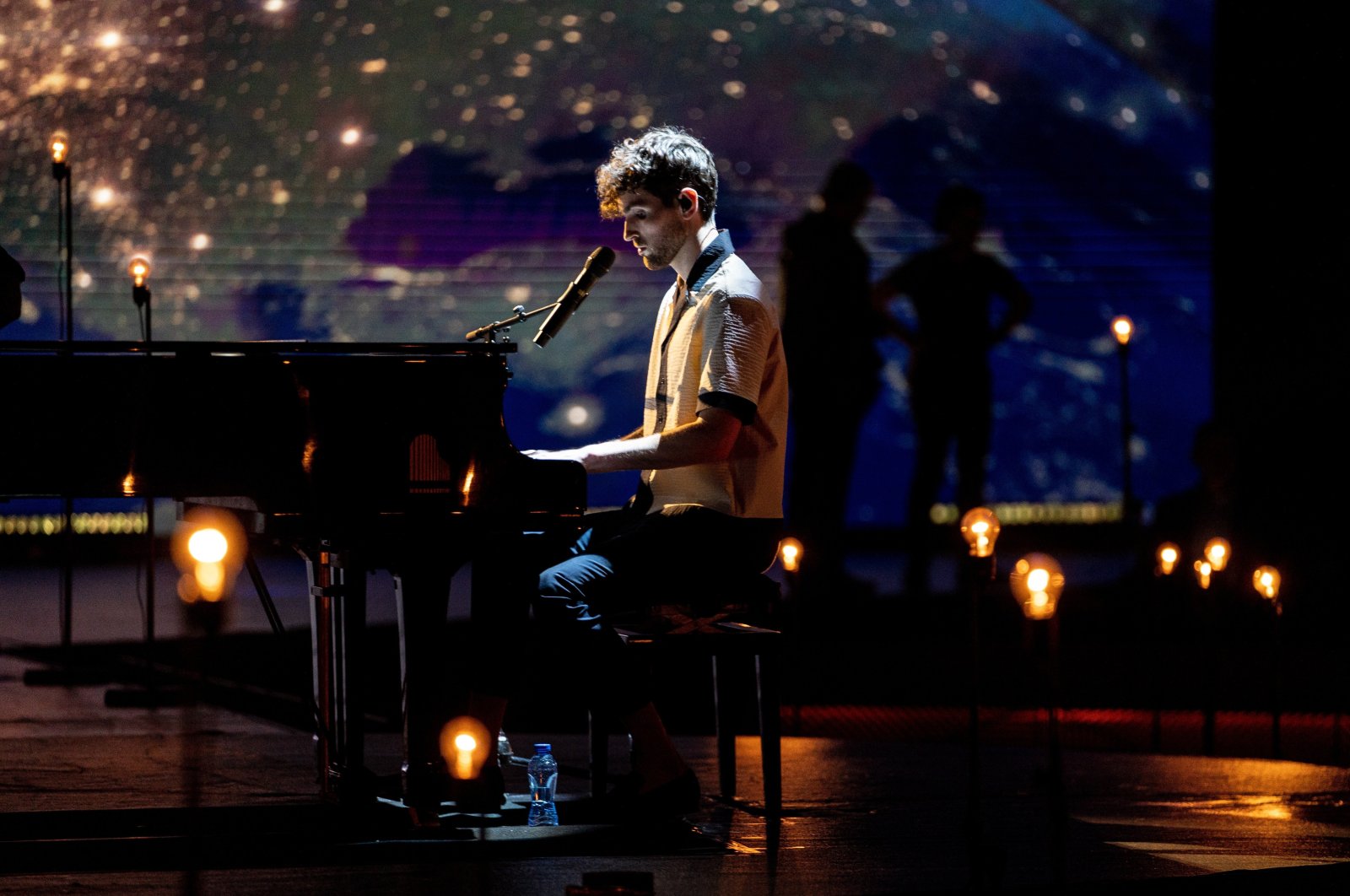 In this Saturday, May 16, 2020 image,winner of the 2019 Eurovision Song Contest Duncan Laurence performs during the Eurovision's Europe Shine A Light remote television show, in Hilversum, Netherlands. (AP Photo)
by ASSOCIATED PRESS
May 17, 2020 1:58 pm

This was no contest. Shut down by the coronavirus crisis, Europe’s annual musical spectacular that pits countries against one another instead sought to unite them Saturday.

The Eurovision Song Contest whose final was scheduled for Saturday night was canceled amid restrictions aimed at reining in the global pandemic.

So rather than judging songs from 41 artists from Albania to the United Kingdom and having countries allocate points to elect a winner, organizers created a two-hour show called “Eurovision: Europe Shine A Light” that was broadcast in more than 40 countries.

Underscoring the effects of the coronavirus, the show opened with a montage of videos of the deserted streets of European cities before cutting to an almost empty studio in the Netherlands.

It was a stark contrast to the frenetic scenes of flag-waving, screaming fans that form the backdrop for normal Eurovision finales.

Part of the Ahoy convention center in the port city of Rotterdam that was to have hosted the contest was transformed earlier this year into a makeshift care center to ease the strain on regular hospitals treating COVID-19 patients. At the end of the show, it was announced that Ahoy and Rotterdam will host the 2021 Eurovision Song Contest.

Saturday’s show featured appearances by past favorites as well as the artists that were to have taken part in this year’s competition jointly performing 1997’s winning song, “Love Shine a Light,” made famous by Katrina and the Waves.

From its humble beginnings in 1956, the contest has become a vector of camp and kitsch with almost 200 million viewers tuning in for the finale.

Johnny Logan of Ireland, who won twice as a singer and once as a writer, opened Saturday's show with a performance of his 1980 winning song, “What’s Another Year,” accompanied by Eurovision fans on screens like a Zoom meeting and the three Dutch presenters of the show. Organizers called it “a huge Eurovision choir.” Måns Zelmerlöw of Sweden sang his 2015 winning song, “Heroes,” this year dedicated to health care workers battling the virus.

Snippets of the 41 songs that were to have taken part in this year’s contest were played throughout the show with recorded messages from the performers.

The Mamas, Sweden’s entry, urged viewers to stay safe and wash their hands. One of Sweden's brightest musical stars, Bjorn Ulvaeus of ABBA, paid tribute to the contest that catapulted him and the band to global fame after their song “Waterloo" won in 1974.

“It still remains one of the most genuinely joyous events of the TV year — and it’s so disarmingly European,” he said in a video message. “It so allows you to escape and be happy — even forget about the coronavirus for a little while.”