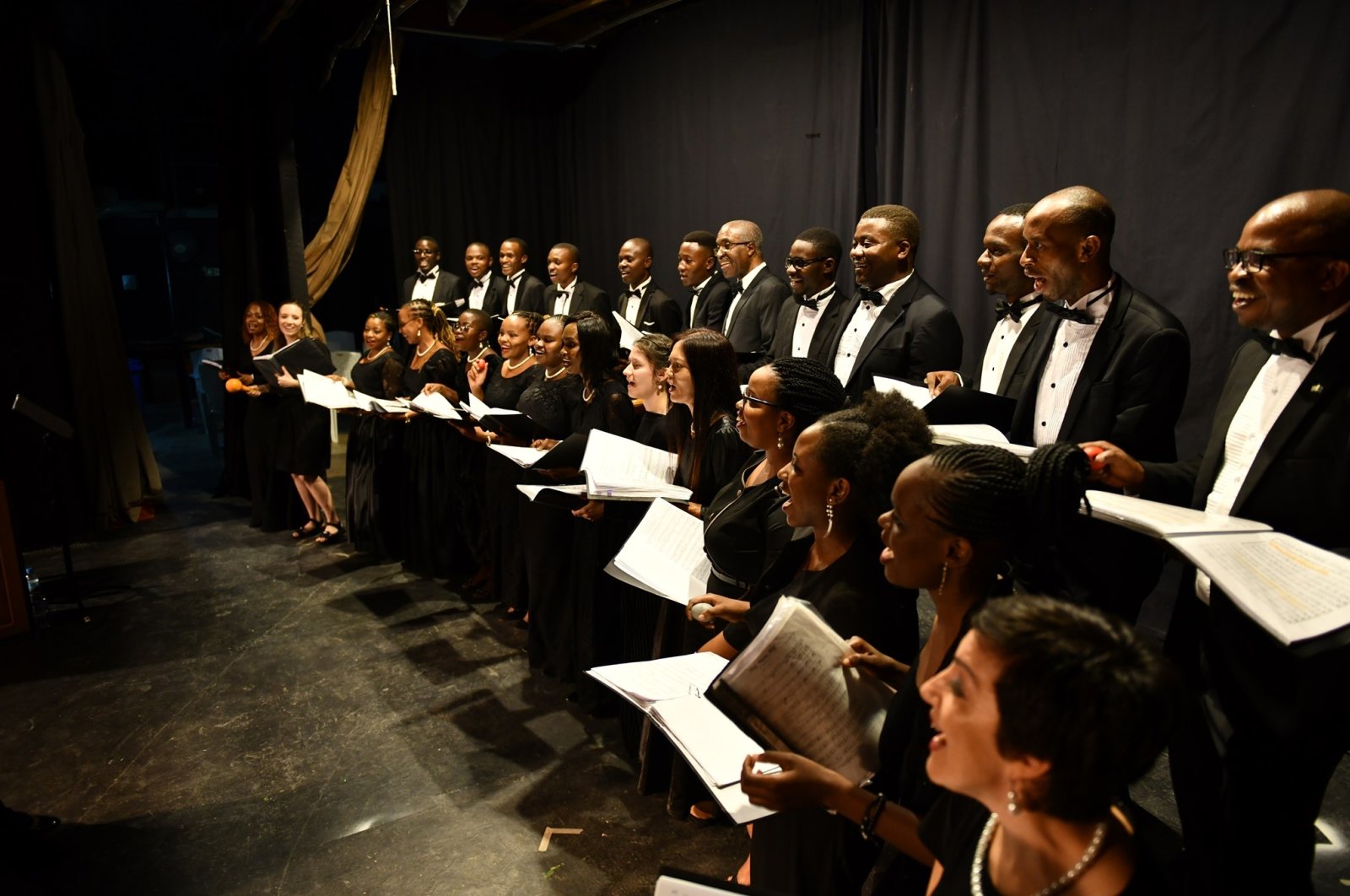 Dar Choral Society (DCS), an inclusive musical group in the East African country of Tanzania, has been building bridges between all cultures with the diversity of its membership in its long heritage of over 70 years of performance.

Speaking to Anadolu Agency (AA), Hekima Raymond, the conductor of group DSC, said they are aiming to promote diversity and create a bridge between various nationalities, without compromising values.

The group, founded by a European community based in Dar es Salaam, has enrolled musicians from Kenya, Norway, the United Kingdom, Japan, South Africa, Tanzania and the United States to promote social change through music.

While music binds the members of the group, in their daily lives they are corporate managers, teachers, lawyers, accountants, marketers, diplomats, doctors and students.

Although Tanzania is home to 130 ethnic groups speaking different languages, the music group has chosen Swahili, known colloquially as Kiswahili, as the medium. Besides the national language of the country, it is spoken by 90% population.

"When we use Swahili in the composition and singing, that means our singers have to learn how to sing in this language and that automatically breaks cultural barriers,” he said.

According to Raymond, who is a pianist, the group is striving to create a safe and creative space for people irrespective of their age, nationality, race or cultural background, and help to develop their hidden talents.

"Anyone is welcome to join the group. There is no qualification except for one’s willingness to learn new ideas and develop their talent. We are trying to create a safe space for anyone with a talent and prove that music knows no barriers and languages” he said.

Martin Khumalo, a vocalist from South Africa and member of the group, said he has performed in many concerts with the group.

While he is blessed with talent, he said talent alone cannot bring professional and artistic achievements. "There are other elements which are equally important as innate talent. You must be willing to learn other languages, and practice effectively to develop a good singing habit,” he said.

Although, from South Africa, Khumalo has achieved perfection in the Swahili language like many other foreigners in the group.

Kedmon Mapana, professor of creative arts at the University of Dar es Salaam, said classical music has the potential to foster the bond between people and communicate values and identity.

"Music players and composers from different nationalities are all learning about cultural values and lifestyles from each other, and through the music, they can break down the barriers that have separated them," he said.

Over the past 70 years of its existence, the musical group has continued the tradition of opening its doors to people from varied cultures, nationalities, professions and levels of ability.