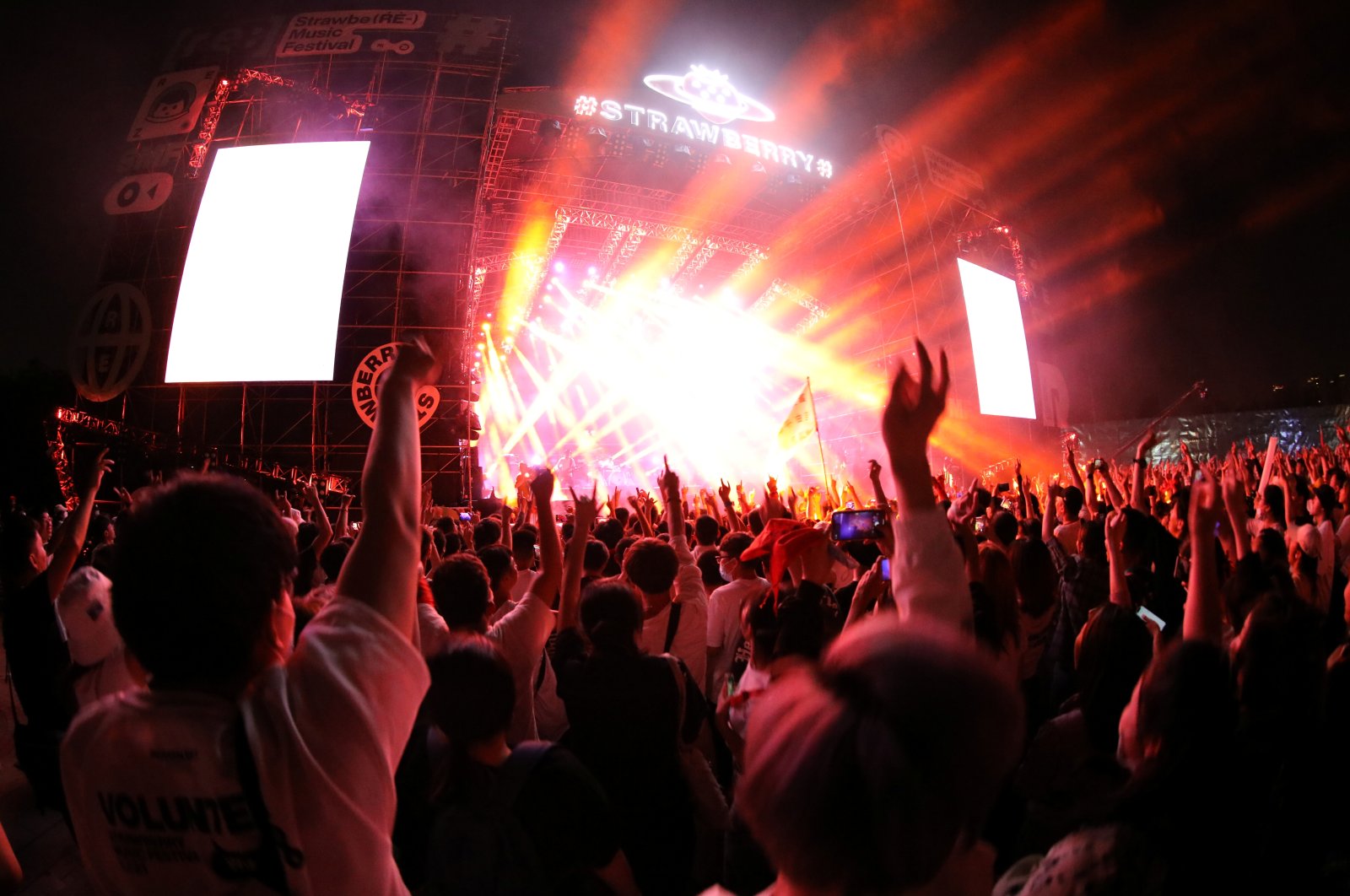 Fans attend a performance of a rock band at the Strawberry Music Festival during the Labor Day holiday in Wuhan, Hubei Province, China, May 1, 2021. (Reuters Photo)
by Reuters May 03, 2021 5:56 pm
RECOMMENDED

Under warm weather conditions on Saturday, thousands of people danced, bounced and screamed with delight while watching some of their favorite acts perform on the first day of the Wuhan Strawberry Music Festival, kicking off the five-day May Day national holiday.

The festival made its return to Wuhan after it was forced online last year due to COVID-19 restrictions.

A representative for the organizers told Reuters that numbers were being restricted this year, adding that around 11,000 people were there on Saturday. Barriers were set up in front of each stage and security personnel restricted numbers in those areas. Some spectators wore masks, but many did not.

People in Wuhan, where COVID-19 first emerged, lived through more than two months of stringent restrictions during the world's first coronavirus-induced lockdown. Since then, the city has been almost completely virus-free, according to official data.

That and the general trend in recent months in the country, which has only reported a few sporadic outbreaks, has greatly eased fears in China about the virus.

"Last year we (in Wuhan) suffered from the coronavirus," said 23-year-old student and Wuhan resident Gao Yuchen. "It has not been easy to get to where we are today. People here have put in huge efforts and paid a big price (for being hit with the virus). So I feel very excited to be here (at the festival)," Gao said.

The two-day event brings together well-known and not so well-known domestic singers and bands across three stages in Wuhan's Garden Expo park. Sister "Strawberry Music Festival" events are being held in other cities, including Beijing, during the national holiday. Attendees came to Wuhan from all over the country, like 29-year-old Zhang Hongkai, from Shijiazhuang in Hebei province.

"This is my first time at an event like this held outdoors," Zhang said. "I really like the atmosphere."

Mainland China reported 16 new COVID-19 cases on Friday, down from 13 a day earlier, the country's national health authority said on Saturday. All the new cases were imported infections originating overseas, the National Health Commission said in a statement.

The total number of confirmed COVID-19 cases in mainland China now stands at 90,671, while the death toll remains unchanged at 4,636, many of whom were Wuhan residents.

China carried out about 11.6 million vaccinations against COVID-19 on Friday, bringing the total number administered to more than 265 million, according to data released by the National Health Commission on Saturday.