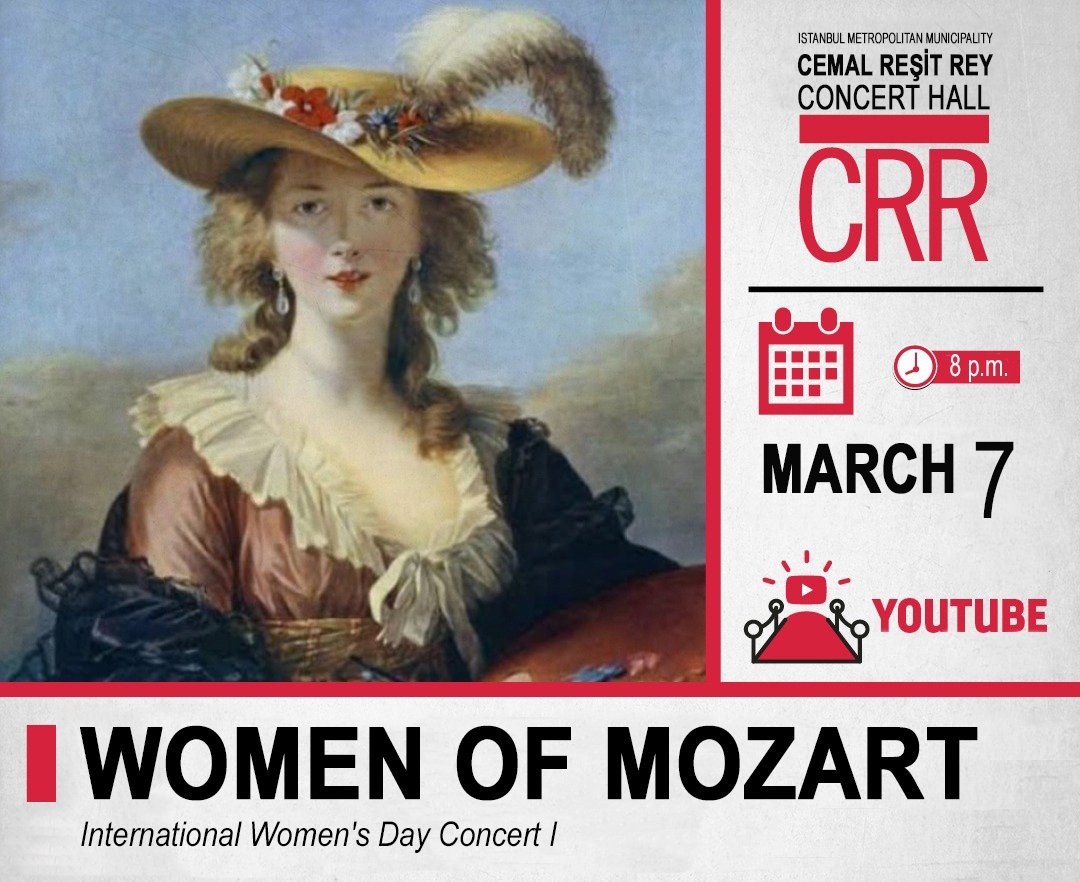 Istanbul’s prominent Cemal Reşit Rey (CRR) Concert Hall will celebrate March 8, International Women's Day with two exclusive concerts titled "Women of Mozart" and "Women of Anatolia.” The concerts will be presented for listeners on the CRR's YouTube channel on March 7 and 8, respectively.

The first concert, "Women of Mozart," will feature sopranos Ayten Telek, Dilruba Bilgi and Nazlı Deniz Süren. In the show, which will premiere on Sunday at 8 p.m., each soprano will take on two female characters from three operas by the prolific and influential composer Wolfgang Amadeus Mozart.

Mozart described female characters in the most subtle and profound way in the history of music. The psychological states, personalities of the women and the way they experience their relationships in the renowned composer’s operas are presented in an approach unique for not only music but also art history in general.

Telek, Bilgi and Süren will be the voice of some of Mozart’s female characters in his renowned operas “The Marriage of Figaro,” “Don Giovanni” and “The Magic Flute.” Before the artists turn the concert into an unforgettable Mozart fest, CRR Art Director Cem Mansur will explain how the great composer transformed female characters into flesh and bones with his music.

The second concert "Women of Anatolia,” which will be broadcast on YouTube at 8 p.m., will be offered for listeners with a special repertoire in which women from all over Anatolia express their bittersweet feelings.

The Oyalı Yazma Band, comprised of soloists Mercan Erzincan, Devrim Kaya and Buse Katılmış, will perform local folk songs for the show from their first album “Harran’dan Harput’a Meşk” ("Meshk from Harran to Harput") – "meshk" refers to a local master-apprentice practice of preserving traditional Turkish music. In their album, the female soloists presented the songs that men traditionally sing during their local gatherings to entertain themselves in Anatolia, like during the southeastern Şanlıurfa’s “sıra gecesi” ("sıra nights"), to their listeners.