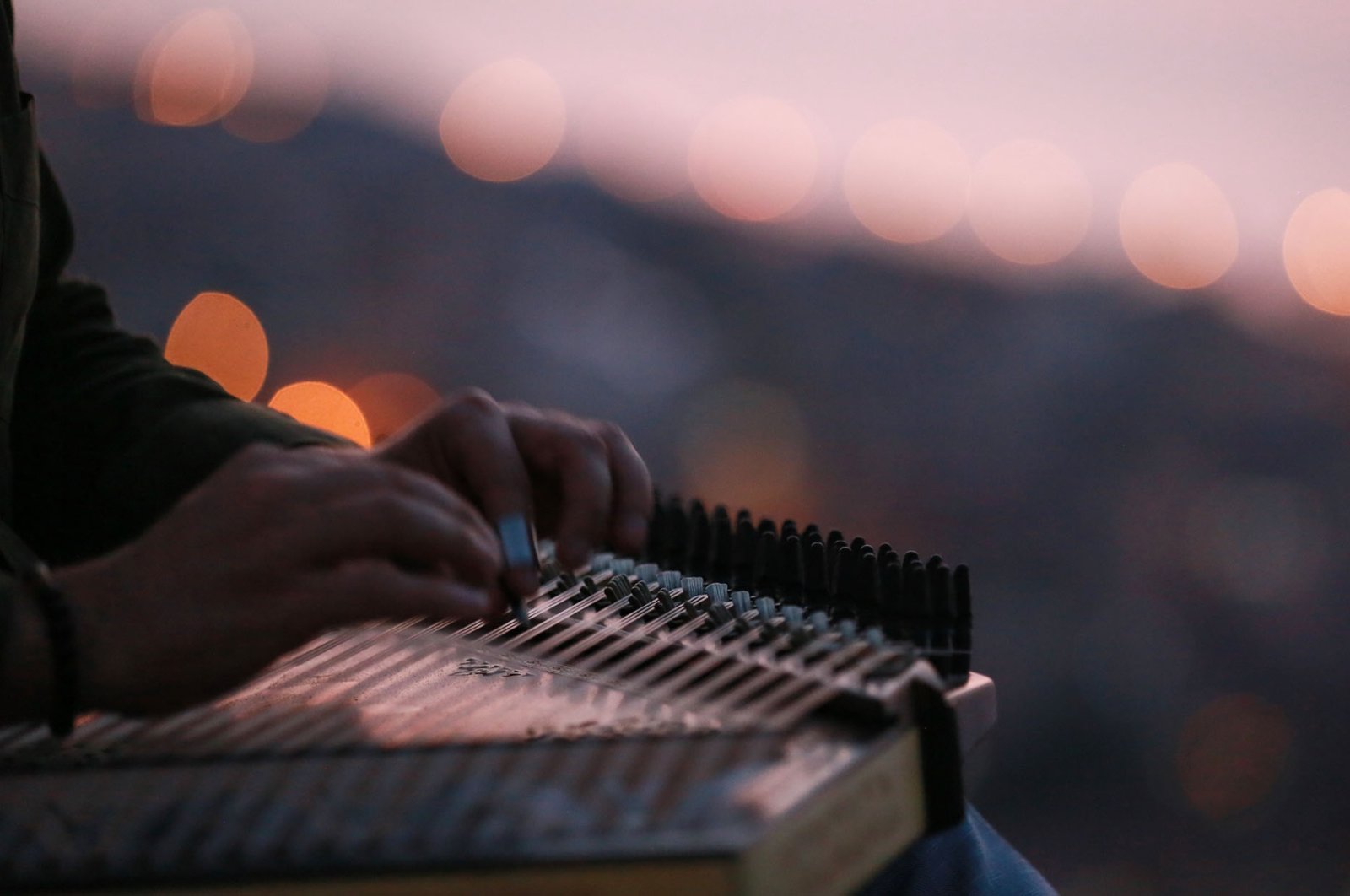 With Turkey slowly easing into normalization and spring finally here, here is a selection of fun and inspiring online expat events and a familiar Far Eastern face in town

While it may seem the worst of the pandemic is hopefully over with restaurants and cafes being able to now resume limited services on their premises, the fact that it isn’t a done deal yet is still the harsh reality. Luckily, the expat community throughout Turkey has rallied together to create a variety of online events offering safe ways to be social and connect.

Check out some of the exciting online events organized by expats in Turkey this March.

On Saturday, March 6, the Inter Nations communities in Turkey have banded together to host an online Turkish Traditional Music Festival. From 9 p.m. to 11 p.m., members from the Istanbul, Ankara, Izmir, Antalya and Bodrum communities will be taking part in this very special festival, which will have eight different performances, many of which will showcase unique Turkish instruments, such as the bağlama and kanun (qanun) performed by professional and amateur musicians and vocalists. In addition, there will be social breakout rooms for smaller groups to mingle. Held on Zoom, each musical outfit will perform for 10 minutes after which there will be improvisational sessions.

Inter Nations is the world’s largest online platform for professional expats around the world to connect. This member-based organization, which does not require membership fees, used to regularly host events for expats to socialize and also has special interest groups, however, due to the pandemic, the various communities in the organization have been hosting creative variations online. From socializing to speed dating, fortunately, Inter Nations has managed to somewhat fill the gap for many an expat. There are over 700 guests from nearly 90 countries registered for Saturday’s event alone.

March 5-7 | Women of the World Festival

The Women of the World Festival (WOW) will be taking place for the first time this year in Turkey based on the theme of “Seeing the City through the Women’s Gaze.” Taking place over the weekend of March 5 to 7 and organized jointly by the British Council and the Sabancı Foundation, this entirely online festival will have dozens of speakers on panels devoted to a wide range of topics in the arts and civil society as well as multiple daily workshops. The festival will begin at 11 a.m. each day with panels and dozens of special guest speakers such as Sabancı Holding chairperson Güler Sabancı, television chef Refika Birgül, WOW founder Jude Kelly, British Council Turkey Director Cherry Gough, leader of the British Women's Equality Party Mandu Reid and many, many more.

The festival, which is being held in multiple countries, such as in the U.K., as well as in New York, Taiwan and Western Australia is being held in honor of International Women’s Day on March 8. As such, there will also be a panel celebrating 80 different women whose lives have crossed paths with the British Council in Turkey. Meanwhile, in the daily afternoon workshop sessions, in addition to offering the opportunity to learn DJing, practice creative writing or discuss gender and body awareness, there will also be a session on the multicultural women of Istanbul. The multiethnic musical group Kardeş Türküler will also be performing a special virtual concert for attendants. To take part in the three-day festivities accessible via the WOW website and YouTube, register via wowistanbul.org.

As for celebrating women, the International Women of Istanbul (IWI) organization has been trying to stay active and meet the social and emotional needs of its members throughout the pandemic. In lieu of meeting face to face, which used to regularly be the case in monthly neighborhood newcomer meetings, the IWI has switched to events such as online coffee catch-ups for members. For March 8 International Women’s Day, the IWI will be hosting a live Q&A session on Instagram on “Celebrating the Power of Women’s Friendship." The session will begin at 6 p.m. and will be hosted by Australian expat and IWI Chairperson Julia Özdemir and Bernice K. Schramm, a French expat and assistant professor of law at Bahçeşehir University. In addition to serving as IWI's chairperson, Julia Özdemir is also a clinical psychologist with a practice in Istanbul. You may also know her from her “Ask Julia” column in the bimonthly IWI magazine “IWI Lifestyle.”

There’s a new Asian cuisine restaurant in town, opened by an expat and located in the heart of Istanbul's Ortaköy. Bodrum expats will be familiar with Victoria Zhong, whose Ginza Ginza, which was once located in Bitez and was the first Vietnamese restaurant in Turkey was all the rage. In fact, it was a huge disappointment for the people of Bodrum when news spread of Zhong’s departure for “the big city.” Nonetheless, Istanbulites can now rejoice, because Ginza Ginza, located in the heart of Ortaköy, opened at the end of last year.

Ginza Ginza’s menu will be a sight for sore eyes, with a wide variety of dishes from Southeast Asia and Zhong’s native Vietnam. Zhong has also been joined by her husband Yunus Durmaz in this venture, and he happens to be an expert sushi chef, having learned from Thai sushi masters and he leads the sushi team of which a specially curated selection is also on the menu. In an ode to her U.S. upbringing, Zhong has even included tacos to the mix. Speaking with Zhong about the restaurants opening, she said, ”Being the first restaurant in Turkey with a comprehensive Vietnamese menu and having the chance to bring Vietnamese noodle soup (pho) and other popular dishes like baguette-layered sandwiches (banh mi) to Istanbul has been an exciting and challenging project.”

As for the space, the restaurant is small yet in a four-story building. Two of the floors will offer indoor seating and are their “green room” and “orange karaoke room.” Meanwhile, Zhong has transferred their line of bubble tea to their neighboring cafe Tamper House Cafe, which is a very cute coffee house located right next to Ginza Ginza.