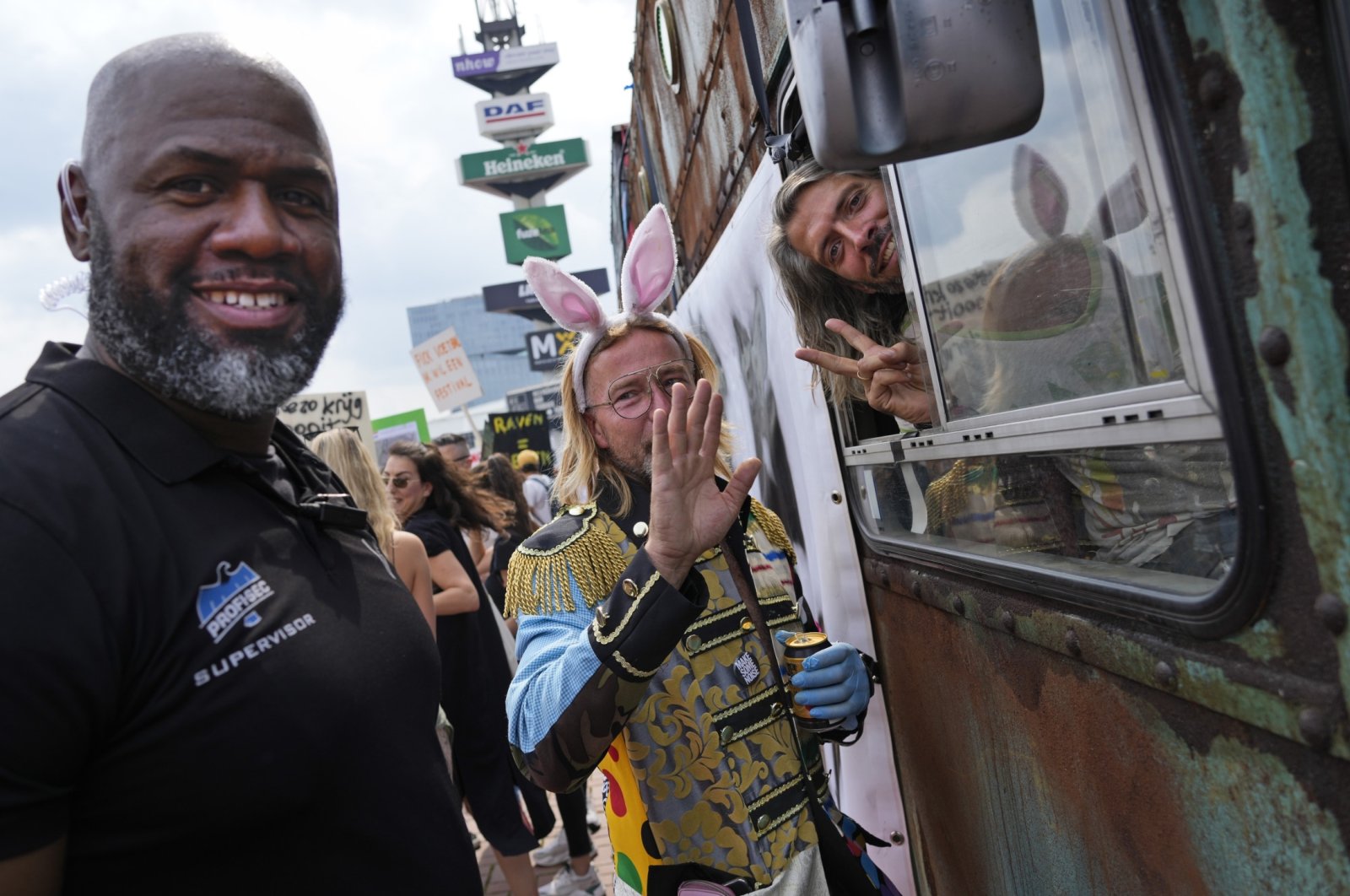 The Netherlands has banned large-scale gatherings for months due to the global COVID-19 pandemic, and it has now drawn the ire of many, as Dutch music fans and festival organizers came together on Saturday to protest.

Hundreds of performers and festival organizers held marches through six Dutch cities on Saturday to protest what they argue are unfair restrictions that have forced the cancellation of summer music festivals and other events.

Thousands of people attended one of the "Unmute Us" marches in Amsterdam, walking and dancing behind a convoy of trucks carrying DJs and sound systems pumping out music.

Leonie der Verkleij, a freelancer who works in hospitality services at events, was among those marching in Amsterdam.

"The festival industry feels like an unwanted child," she said. "It feels like all sectors are important except ours."

Amsterdam municipality appealed mid-afternoon for no more people to join the march as it was too crowded.

The Dutch government has banned large-scale events such as festivals until at least Sept. 19 amid fears over the spread of the highly infectious delta variant. One-day events with a maximum of 750 visitors are allowed for people with a COVID-19 app showing they have been vaccinated, have recently tested negative or have recovered from a case in the past six months.

Organizers of Saturday's protest want the ban lifted on Sept. 1. They point to overseas events and the return of crowds to soccer stadiums – with proof of vaccination, recovery from COVID-19 or a negative test – as evidence that people can congregate in large numbers without infection numbers surging.

Jasper Goossen of Apenkooi Events, which organizes dance festivals, said hundreds of festivals have been canceled due to the pandemic, crippling an industry that employs 100,000 people.

"There are so many passionate people working in this industry and they are all having a tough time. We want to move forward, not stand still," he said.

Dutch organizers point to festivals in other countries that have not turned into superspreader events, such as the summer's Lollapalooza music festival in Chicago. Authorities in Chicago said they had linked 203 COVID-19 cases to the four-day event that drew 385,000 people.

Festivals are a traditional feature of the European summer, but many have been canceled or postponed this year. In England, many of the biggest events, such as Glastonbury in southwest England and BST Hyde Park in London, were canceled for the second year running because of the pandemic.

But the lifting of all remaining restrictions on social contact in England on July 19 has at least allowed some to take place. However, organizers of the Notting Hill Carnival in west London, which is billed as Europe's biggest street fair, decided before those restrictions were lifted to cancel the two-day event in late August because of the "ongoing uncertainty and risk" posed by COVID-19.

In France, festivals are allowed for people with a virus pass showing they are fully vaccinated, recently tested negative or recently recovered from the virus. Yet many organizers have reduced the maximum number of people per day. The country's biggest festival, the Vieilles Charrues, set a limit of 5,000 spectators each day.

Melvin van Pelt, a DJ and producer who works under the name Tahko, said he's worked in government testing and vaccination centers to help pay his rent and agrees with many coronavirus measures, but he's had enough of the festival ban.

"I am sick of it. I'm angry. I no longer feel represented by my own government," he said.