For the record: Vinyl resurgence continues as nostalgia reaches US 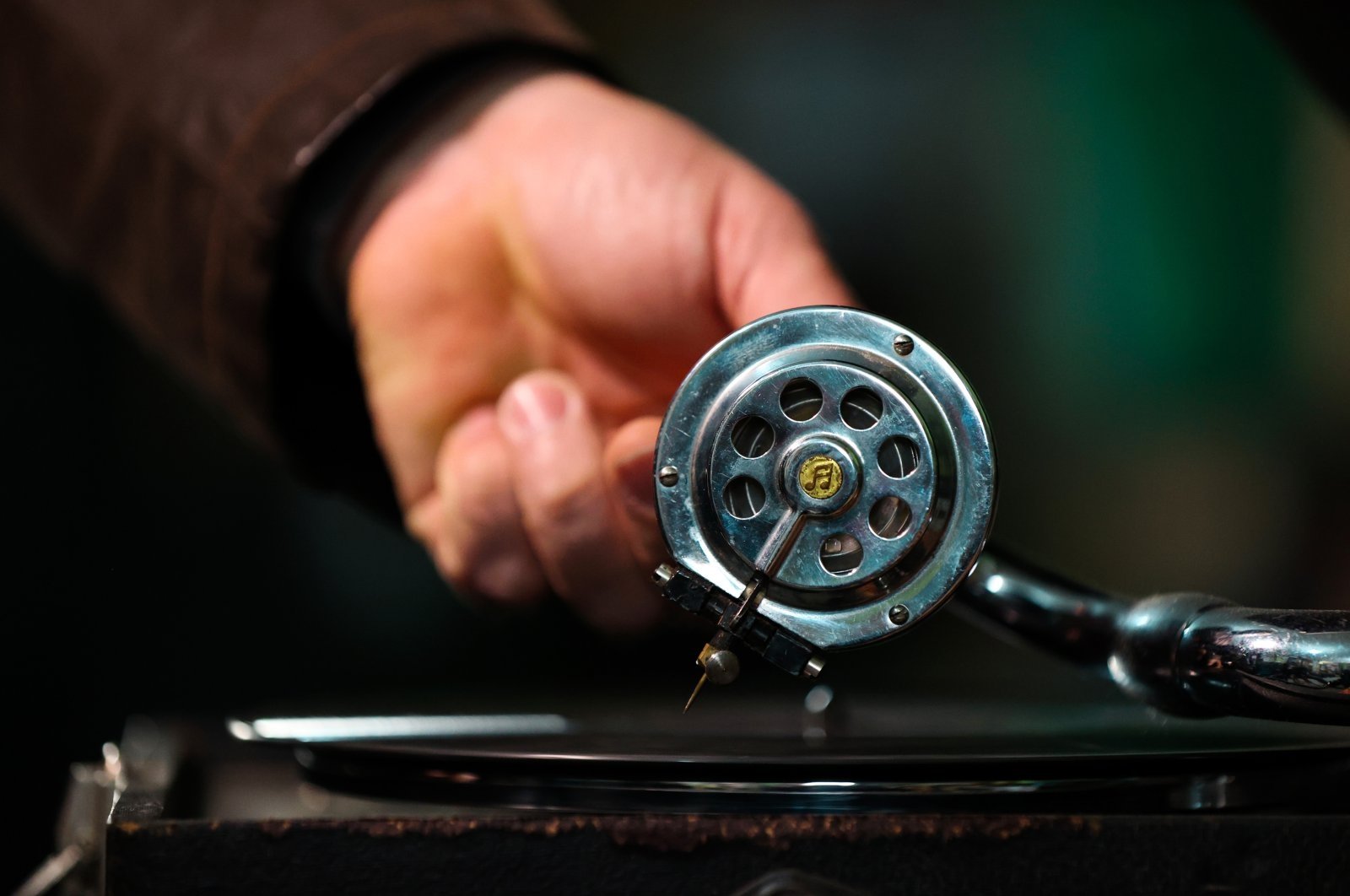 Vinyl record sales have seen a global surge in demand in recent times, fueled by nostalgic music enthusiasts forced to spend much more time at home due to the COVID-19 pandemic. In Turkey record sales saw a 40% uptick last year while in the U.S. cassettes seem to be making a comeback.

Easing restrictions on indoor shopping and continued interest in vinyl records provide stores – and shoppers – something to cheer on Saturday, the first of two Record Store Day dates. Although many stores were closed during the early part of the pandemic, people were listening to records at home and boosting online and curbside pickup sales of vinyl.

Will Emanuel, a University of Maine student stuck at home outside Portland, bought about 50 to 55 albums during the pandemic. "I was absolutely itching to build a collection," said Emanuel. "I fell in the rabbit hole and now it seems I can't escape."

At 20, Emanuel is part of a new generation drawn to the warm sound, album art and retro vibe of vinyl records, joining with older Americans who grew up with the format to increase sales.

Vinyl record sales soared in 2020 during the pandemic year, growing 29% to $626 million and surpassing compact discs in sales revenue, according to the Record Industry Association of America.

Audio cassettes, of all things, are also seeing renewed interest – though still something of a novelty when it comes to overall sales – thanks to some help from Hollywood and Netflix.

That surge in interest in records and cassettes bodes well for the annual celebration of indie music stores, those local music hubs where people can thumb through albums, CDs and cassettes, and talk music.

New releases, a hallmark of Record Store Day, which is being held on June 12 and July 17, include everything from Black Sabbath to The Blind Boys of Alabama, and the Buzzcocks to The Notorious B.I.G.

Many of those are one-time exclusives available only on Record Store Day, making them rare and collectible.

The story of its start begins in Maine, where Chris Brown from Bull Moose Music pitched the idea in 2007, and was joined by Eric Levin from the Alliance of Independent Music Stores.

These days, retailing is far different from the golden era when teens rushed to their local store to flip through 45-rpm records.

Megastores like Virgin and Tower Records are long gone, but about 1,400 record stores are still in business, said Michael Kurtz, co-founder of Record Store Day. That's up from about 1,000 stores when the business bottomed out as people shifted to digital music, he said.

Record albums and compact discs account together account for about $1.1 billion in annual sales, a far cry from the $10 billion spent on streaming services like Spotify, according to RIAA.

In California, Michael Miller and a friend who have a collection of 5,000 to 6,000 albums apiece decided to open a store in February during the pandemic in Twentynine Palms, not far from Joshua Tree National Park, which has a thriving art and music scene.

"My wife says you want to open a store right now, in the desert? I say sure, why not?" Miller said. Sales are beating expectations, he said.

Like many indie record stores, Miller's White Label Vinyl provides a place for people to get together, talk about music, and to check out the latest new and used records, and other merch.

Some people shop for new albums, which cost upward of $30 apiece. Others are more interested in classic records.

"It's a really fun way to expose myself to music, to learn about the history, to play amateur historian," he said.

Back in Maine, Emanuel prefers the sound and experience of vinyl records over digital music. A listener can't flip through tracks on a record album, he said. Vinyl requires a listener to settle in.

"It helps put the focus on the music itself," he said. "You appreciate an entire album instead of one or two songs."

Chris P. Thompson, a composer and percussionist in New York, said that's precisely why he chose to release his music on records.

"I wanted a format to encourage the listener to invest the time," said Thompson, who produces electronic music. "There's more to the experience than flipping through songs on your phone."