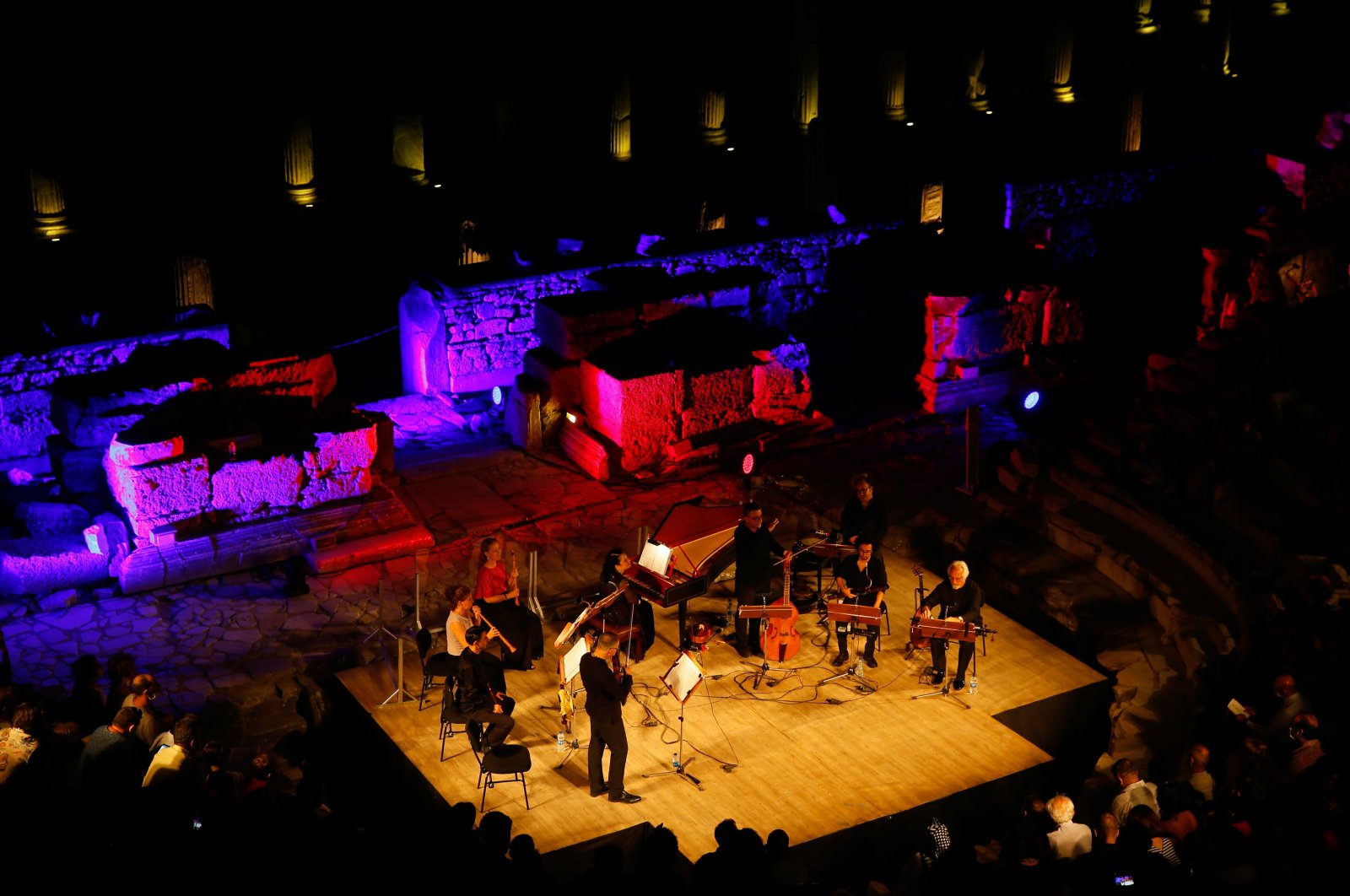 The International Ephesus Opera and Ballet Festival began in western Turkey's Izmir Tuesday with a concert of European and Ottoman palace music.

Held at the ancient city of Ephesus, Odeon, the festival was opened by guest soloists soprano Linet Şaol, countertenor Tolga Siner, bassist Burak Bilgili and percussionist baritone Hüseyin Tuncel. They were accompanied by the Izmir Baroque Orchestra in the concert, which featured songs performed in European and Ottoman palaces.

The concert followed strict COVID-19 measures, including social distancing and face mask rules for the audience.

"The Funtime of the Opera Concert," scheduled for July 26 as part of the festival, the audience will attend the stage performance. The interactive concert aims to show the fun aspect of opera. Famous arias, Neapolitans and folk songs will be performed at the concert with the participation of the audience.

The final program of the third International Ephesus Opera and Ballet Festival, the "7 Tenors" gala concert, will take place on July 28 at the Kültürpark Atatürk Outdoor Theater.

Caner Akın, Erdem Erdoğan, Levent Gündüz, Oğuz Çimen, Koray Damcıoğlu, Bülent Külekçi and Ari Edirne will perform as soloists at the concert. They will be accompanied by the Izmir State Opera and Ballet, under the direction of maestro Tulio Gagliardo.