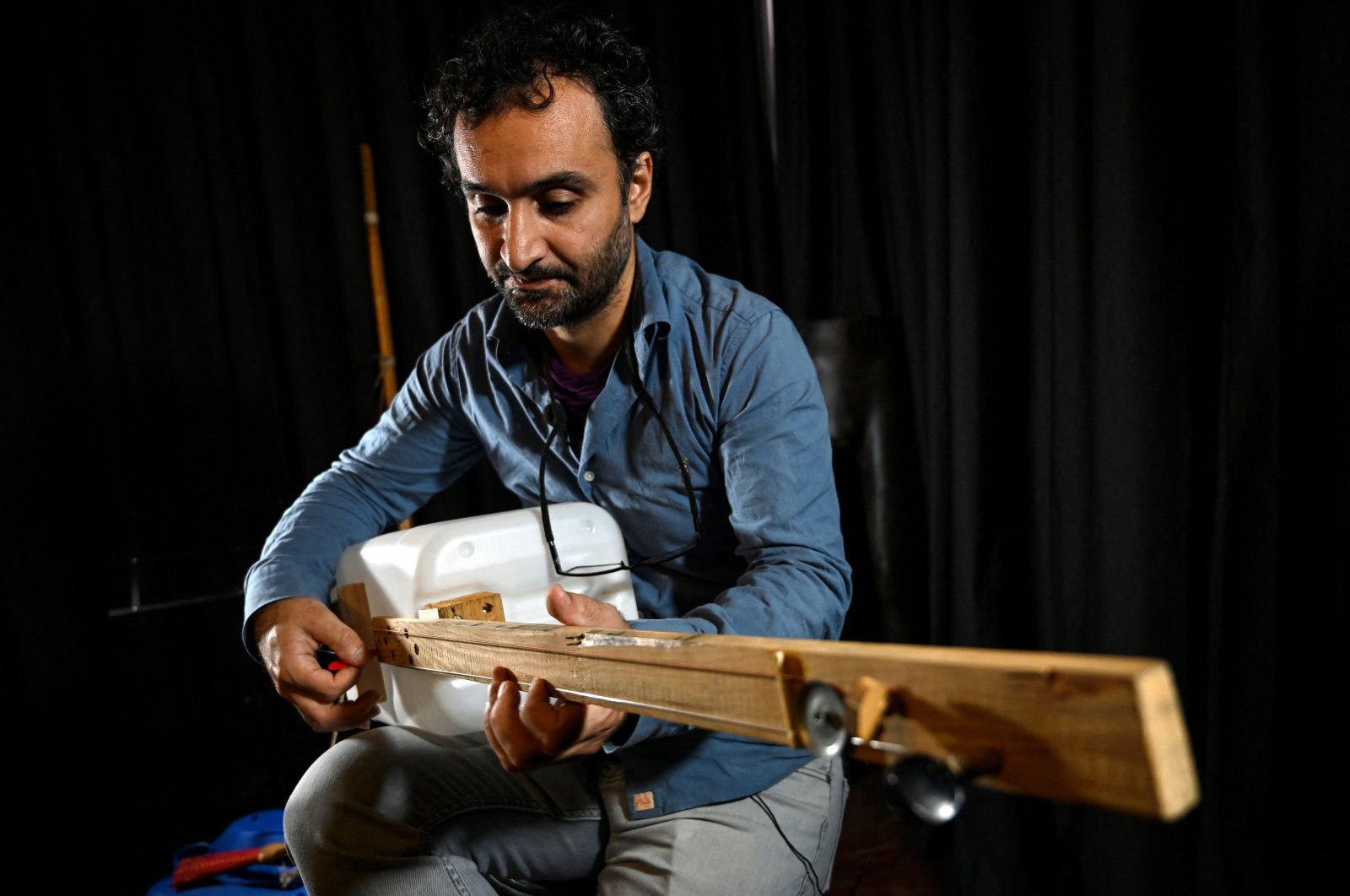 Trash does not necessarily need to stay as trash. “All that is gold does not glitter,” writes J.R.R. Tolkien in his famous first part of “The Lord of the Rings,” trilogy, a story that has also been acclaimed for its environmental concerns. A Turkish band has also found the gold that does not glitter among the trash, as what sounds like rubbish to some have become music to their ears while they turn waste into instruments to promote recycling.

Fungistanbul, a trio that began experimenting with a sound they call "Trash Oriental" in 2019, have joined a growing global movement of groups that bang, strum and blow into things they find in dustbins.

"We had no idea we would come up with this sound when we first started," band member Roni Aran admitted in the group's studio, tucked away in a grimy part of Istanbul filled with auto repair shops.

"We were all surprised with the result, and so was the audience."

The vast country was ravaged by wildfires, flash floods and other deadly disasters this year.

Aran and his two middle-aged friends, who are all professional musicians, say they are promoting "up-cycling" – the process of adding value to old items that would otherwise have been thrown away.

"I found this near a garbage dump," Aran said, showing off a large plastic can with a grin. "Luckily, it was clean."

Playing an eclectic mix of melodic folk music, the three friends say it takes thought and effort to turn pieces of scrap into reliable instruments with consistent sounds.

They include a "can drum" made from a large plastic container on to which they attached a glasses case and a bell whose sound is sometimes enhanced using a small brush.

"No matter how primitive it may sound, there's technology behind all these instruments," Aran said.

The focus on garbage is especially poignant in a city that last summer saw a thick layer of muck – dubbed “sea snot” – cover patches of the Sea of Marmara on Istanbul's southern shores.

Scientists blamed the slime on a combination of factors. The mucilage took months to hoover up with hoses placed along the surface of the sea.

But while fishermen and beachgoers were complaining about the mess, much of the country's attention shifted to a rapid series of floods and fires that killed around 100 people across Turkey's northern and southern coasts.

In wake of the disasters, Turkey ratified the Paris climate agreement through Parliament last month, placing renewed importance on the environment.

"Global warming, marine pollution... all these catastrophes remind us we urgently need a solution before we reach a point of no return," Herman Artuç said.

A percussionist who specializes in Latin jazz, Artuç bangs on discarded plastic mannequins to produce various thumping sounds for Fungistanbul.

“They turned into a multi-percussion instrument after adding some artistic flair,” he said of his mannequins.

The band have two music videos in their “Trash Oriental” series and are working on a third, this one involving scrap metal.

Fungistanbul follow in the steps of groups such as Latin Latas (Latin Cans), formed in Colombia a decade ago who now have an international following and a strong social media presence.

The Turkish trio are still novices by comparison.

“We had to question ourselves,” Artuç said. “It took time before we could go on stage and really play these instruments.”

The band still suffers an occasional mishap on stage, although their fans usually take it in their stride.

“The instruments sometimes fall out of tune in the middle of a concert,” Aran said.

“But you can lift the mood by saying 'hold on, I will retune,' and the audience will tolerate it knowing that the instruments are serving a more important purpose.”