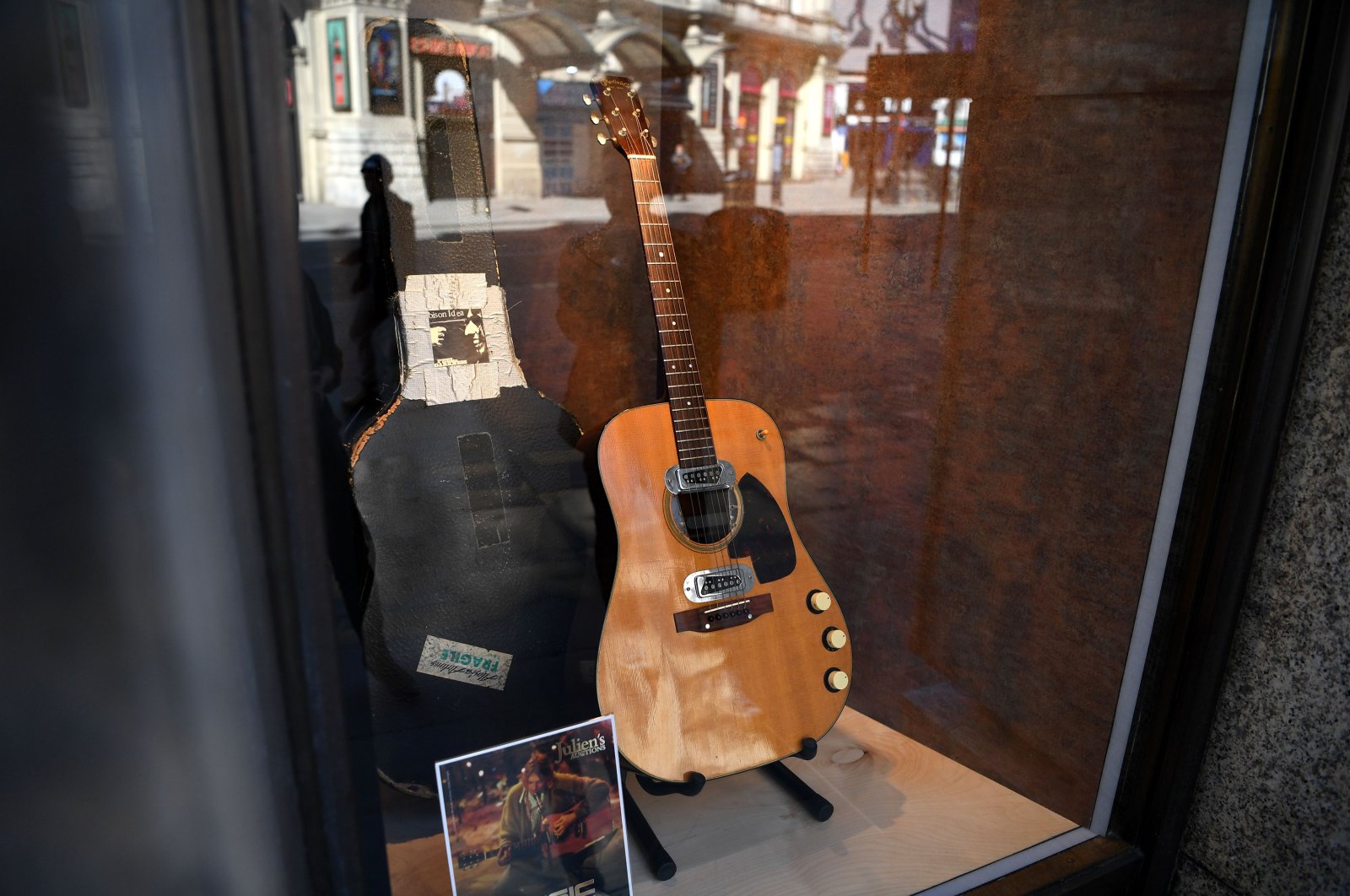 The guitar used by musician Kurt Cobain during Nirvana's famous MTV Unplugged in New York concert in 1993, is displayed in the window of the Hard Rock Cafe Piccadilly Circus in central London, England, May 15, 2020. (AFP Photo)
by German Press Agency - DPA Jun 21, 2020 1:03 pm

A guitar played in a memorable set by Nirvana frontman Kurt Cobain sold for a record $6,010,000, California's Julien's Auctions said on Saturday night.

The Martin D-18E acoustic-electric guitar from 1959 went under the hammer as part of the two-day "Music Icons" auction on Friday and Saturday.

The Beverly Hills auction house said the haul was a "new world record for a guitar."

Cobain played the instrument during an "MTV Unplugged" appearance in New York in 1993 in what is considered the grunge band's most iconic performance.

Last year, the olive-green vintage cardigan Cobain wore in the same 1993 appearance sold for a record-breaking $334,000.

The intimate performance was recorded in front of a live audience five months before the frontman's death in April 1994.

The guitar was auctioned with its original vintage black hardshell case, which has a purple interior.

Cobain decorated the neck of the guitar with a flyer from U.S. rock band Poison Idea's album "Feel the Darkness." Nirvana toured with the band in 1992.

The handle still has luggage tags from flights Nirvana took when touring around North America. Guitar strings, picks and additional Cobain memorabilia were offered as part of the two-day auction.