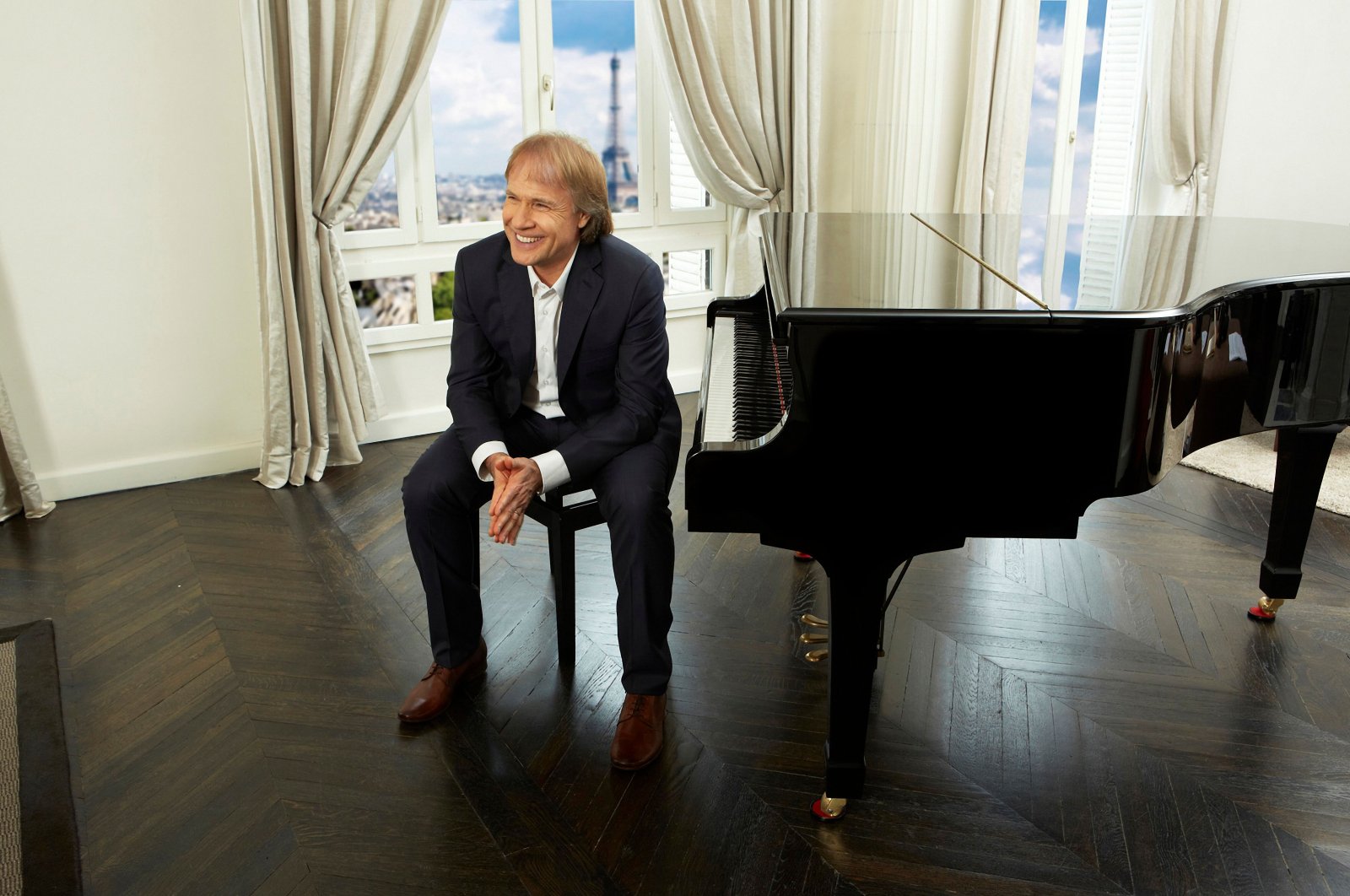 The piano festival is one of the prominent events of Turkey's southern Antalya province and the European Festivals Association (EFA). Postponed due to the pandemic last year, the event will return to the city with a parade of famous artists.

The opening concert of the festival will be performed by gifted pianist Clayderman. After learning to read notes and play the piano as easily as he could speak his native language French with an old piano gifted to him by his grandfather at the age of 6, Clayderman has gone on to release 340 platinum and gold albums. The pianist produced more than 1,200 compositions and performed more than 2,800 concerts around the world.

Clayderman has performed unforgettable concerts with prestigious orchestras such as the London Royal Philharmonic Orchestra, Tokyo Symphony Orchestra, Beijing Symphony Orchestra and Shanghai Philharmonic Orchestra. He has also sold 85 million albums to date. He ranks among the musicians who gave the highest number of concerts in the world of show business. He also inspired many children to play the piano in the ’80s and ’90s.

Organizing 200 concerts a year to meet the huge demand for his music, the pianist has played at sold-out shows in Australia, South America, Europe and Asia. At the festival, Clayderman will present an unforgettable evening for listeners in Antalya on Dec. 11.

The festival will continue with Duo Blanc & Noir on Dec. 14, consisting of Selin Şekeranber and Yudum Çetiner, who are blending traditional Turkish music with classical Western music. On Dec. 15, Queenz of Piano will take the stage with their energetic show. Turkish pianist Özgür Ünaldı will appear before the audience with the Antalya State Symphony Orchestra under the conductorship of Artun Hoinic on Dec. 17. Flamenco star Laura De Los Angeles will take the stage on Dec. 18, and young pianist Can Çakmur will be on stage on Dec. 22. The closing concert of the festival will be performed by Anjelika Akbar on Dec. 24.

All events of the festival will be organized at the city’s Atatürk Cultural Center.