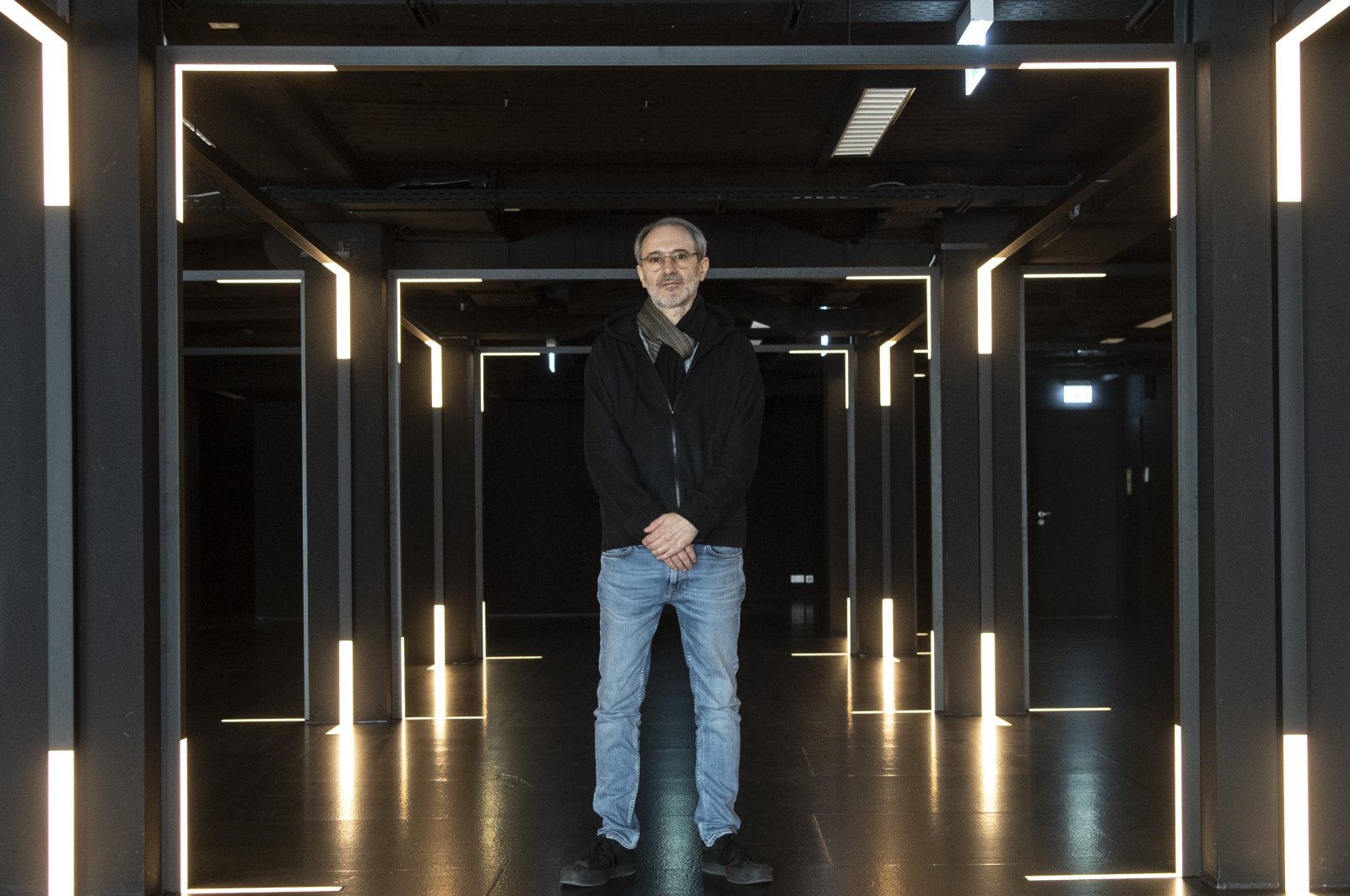 Alex Azary, chairperson of the association Museum of Modern Electronic Music (MOMEN), at a press event in the future premises of Frankfurt am Main's electronic music museum. (DPA)
by German Press Agency - DPA Mar 09, 2021 11:51 am
RECOMMENDED

The world’s first museum dedicated to electronic music is scheduled to open in Germany’s Frankfurt am Main in late 2021, nearly two years after its original launch date.

The museum aims to tell the story of club culture's contributions to society with a visual and aural journey through electronic music over the decades using sound installations, photography and other visual works.

Curators say the museum's interior space, with its black walls and light installations reminiscent of nightclubs, is now ready – but two things are still missing: Exhibits and an opening date.

A concrete schedule for opening has still not been set due to the pandemic. Lockdown restrictions in Germany were recently renewed, although some cultural institutions are preparing to reopen in mid-March.

If all goes well, the Museum Of Modern Electronic Music (MOMEN) will open its doors in early autumn, Frankfurt's Lord Mayor Peter Feldmann said during a tour of the exhibition rooms at the Hauptwache, one of the city's best-known squares, in early March.

"The Momem will cause a sensation worldwide - I'm sure of it," Feldmann said.

Frankfurt, better known as a financial hub, was also home to famous clubs like the Dorian Gray (housed in an airport terminal) or the Omen (a widely known house music club in a car park) and is considered one of the birthplaces of electronic music in Germany. As a result, the interest in electronic music here is huge, the mayor said.

In addition to a permanent exhibition, it will also feature temporary shows on selected themes, genres, clubs and labels.

Visitors will also be able to experience the "real thing" at the MOMEN, also envisioned by its makers as a kind of cultural center, housing regular discussion panels, film screenings, album launches and club nights.

MOMEN was already beset by delays before the pandemic hit. Originally set to open in 2019, the plans were first delayed due to disputes over financing.

A new opening date was set for mid-2020, then late 2020, but these dates were again pushed back by the pandemic.