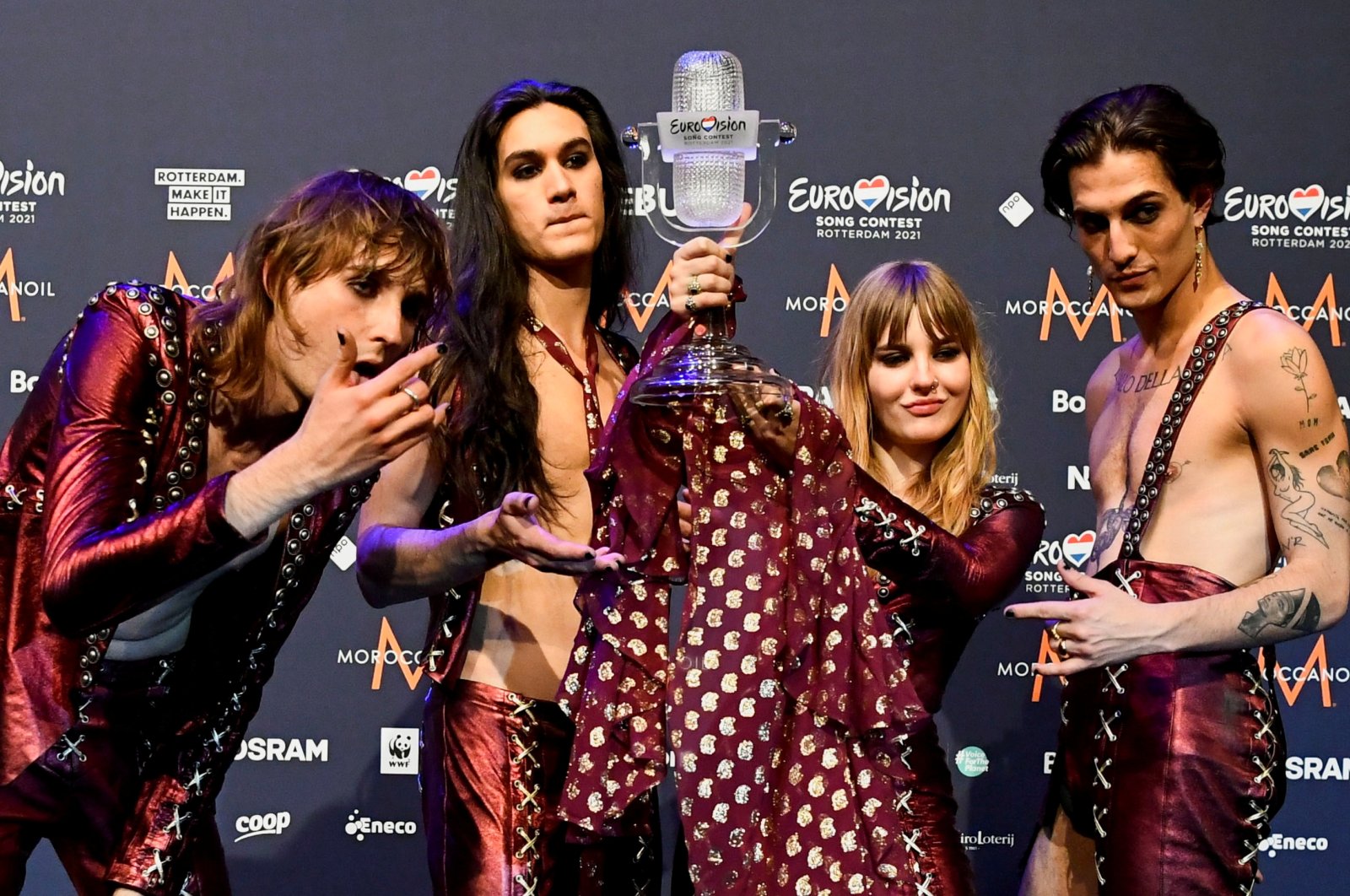 Maneskin of Italy pose with the trophy following a news conference after winning the 2021 Eurovision Song Contest, in Rotterdam, Netherlands, May 23, 2021. (REUTERS Photo)
by Anadolu Agency May 25, 2021 11:19 am
RECOMMENDED

"The European Broadcasting Union (EBU), as requested by the Italian delegation, has conducted a thorough review of the facts, including checking all available footage," the EBU said. "A drug test was also voluntarily undertaken earlier today by the lead singer of the band Maneskin which has returned a negative result seen by the EBU," it added.

The statement highlighted that the EBU considers the matter "closed."

The Eurovision Song Contest is organized by the EBU, an alliance of public service media representing 116 member organizations in 56 countries and an additional 34 associates in Asia, Africa, Australasia and the Americas.

"We are alarmed that inaccurate speculation leading to fake news has overshadowed the spirit and the outcome of the event and unfairly affected the band," the statement said.

Maneskin won the 65th Eurovision Song Contest in Rotterdam, the Netherlands on Saturday, ensuring that Italy will host Eurovision next year.

Representatives from 26 countries competed in the final at the Ahoy Arena, with 3,500 spectators required to present proof of a negative coronavirus test before gaining admission.

"Voila" by Barbara Pravi from France was second with 499 points, and "Tout l'Univers" by Switzerland's representative Gjon's Tears was third with 432 points.

The contest, which was postponed in 2020 due to the pandemic, was watched live in 45 countries.

It is the world's largest non-sporting event in terms of viewership, typically drawing millions of viewers from across the globe.