Fans gather for Eurovision final in Rotterdam despite COVID-19 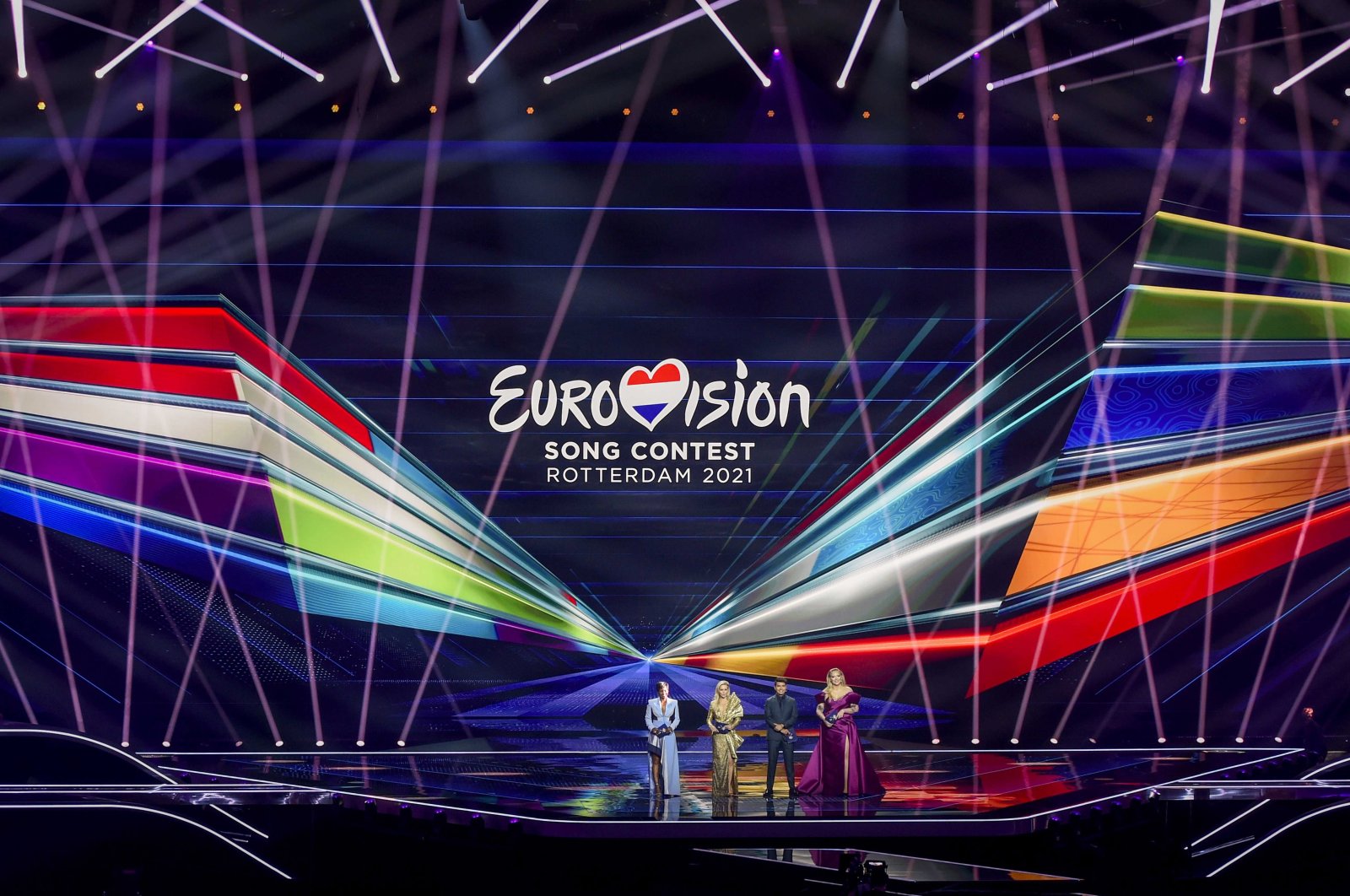 The Eurovision Song Contest in all its glittery glory is back for the final in Rotterdam with a kitschy message of hope in the time of coronavirus with fans gathering Saturday despite the pandemic.

A year after the love-it or hate-it musical extravaganza was canceled for the first time in its history, the Dutch port city is hosting the competition under tough pandemic restrictions.

Italian rockers Maneskin, French chanteuse Barbara Pravi and young Maltese sensation Destiny Chukunyere are the bookmakers' favorites to win a Eurovision like no other at Rotterdam's Ahoy Arena.

This year's theme is "Open Up," and the Dutch government-backed coronavirus restrictions could be a model for events like Euro 2020 and the Tokyo Olympics as the world slowly emerges from lockdown.

The live audience has been limited to 3,500, travel to the Netherlands has been tough because of Covid, and everyone on site must have regular tests – but jubilant fans have still come to celebrate.

"I think it's the beginning of a new start," Saskia Scharree, 51, wearing a white and orange blazer decorated with traditional blue Dutch pottery designs, told Agence France-Presse (AFP) outside the arena.

"When something as big as this happens in Holland, you're going to join in," said Scharree, who said she had herself recovered from being "very ill" with coronavirus last year.

Flag-waving Finnish fan Oona Sainio, 27, said she and her family had come to soak up the atmosphere despite not having tickets.

"We're big Eurovision fans and we wanted to be close to the action," said Sainio, 27, who lives in the Netherlands.

The run-up has been dominated by coronavirus scares, with Iceland's hotly-tipped entry Dadi og Gagnamagnid was ruled out of performing live when a band member tested positive for COVID-19.

Dutch 2019 winner Duncan Laurence meanwhile is also unable to perform his new song live in Saturday's final after coming down with symptoms of the disease during rehearsals this week.

Performers have been in a "bubble" since the start of last week.

But now the focus has turned back to where it should be – the upbeat songs, cheesy lyrics and flamboyant costumes of the 26 finalists in a televised event with nearly 200 million people.

While Italy's Maneskin top the odds with their song Zitti e Buoni their vote could be split by the similarly heavy metal sounds of Finland's Blind Channel with their song Dark Side.

Often compared to legendary singer Edith Piaf, Pravi said it was "not pressure I feel, it's impatience and joy," despite a nation's hopes for a first win since 1977 riding on her shoulders.

France will even have a government minister in the audience to support her, as Europe Minister Clement Beaune was in the Netherlands for talks with Dutch officials.

Beaune hailed Eurovision, created after World War II to bring Europe together for song, as being a force for good as it opens up after coronavirus.

"It's a way to say we need to breathe, we need partying, we need celebrations, we need common shared moments at the European level," Beaune told AFP.

"Of course if we can win in the end we can like it better!"

Malta's 18-year-old sensation Destiny Chukunyere has also attracted attention for her stunning voice and bold wardrobe choices and is third favorite for her song "Je Me Casse" (French for "I'm outta here").

Insiders however suggested that Iceland's onesie-wearing, bedroom disco nerds could sneak victory by winning sympathy points from voters seeking to show unity in the face of the virus.

Other highlights include Cyprus' entry "El Diablo" (Spanish for "The Devil"), which has been accused of blasphemy and satanism by the Cyprus Orthodox Church and religious groups.

Russia's contestant Manizha has angered conservatives with her song "Russian Woman" – even as she wowed audiences during the semi-finals with a huge Russian doll-style dress that burst open to reveal the singer in a red boiler suit.

Norway's contestant Tix, who took to the stage in huge white angel wings, takes his stage name from the tics that he suffers as a result of having Tourette's Syndrome.

At the other end of the scale, Spain and Germany look set to battle it out to avoid the dreaded "nul points" – when countries fall foul of good taste and national rivalries and end up without scoring.

The winner will be chosen around 1 a.m. on Sunday (11 p.m. GMT Saturday) by a mix of national juries and public votes.