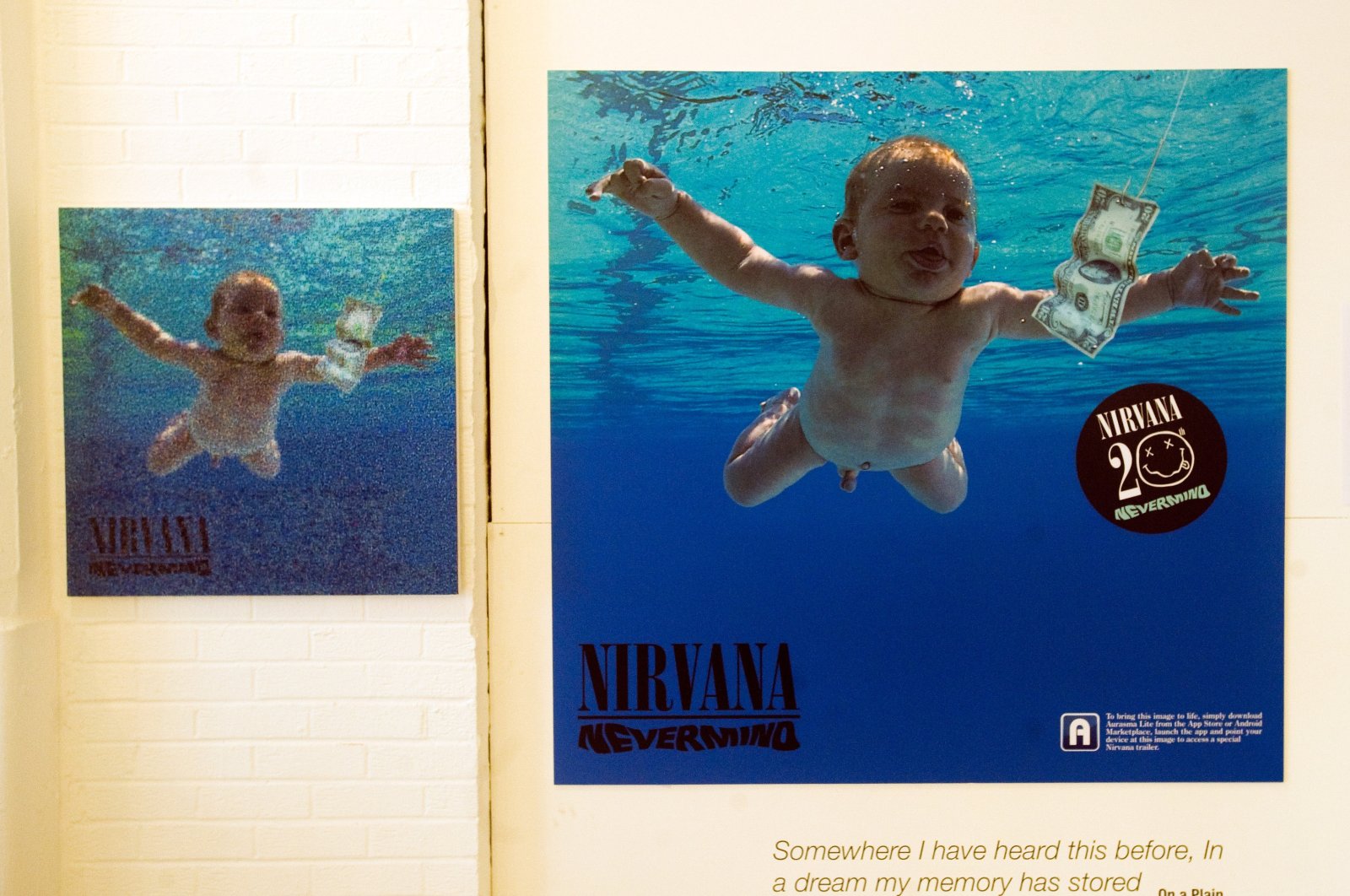 Nirvana artifacts and exhibits are seen at the opening of "In Bloom: The Nirvana Exhibition," marking the 20th Anniversary of the release of Nirvana's "Nevermind" album, at the Loading Bay Gallery in London, England, Sept. 13, 2011. (Getty Images)
by Daily Sabah with Wires Aug 25, 2021 3:29 pm
RECOMMENDED

The baby prominently featured on Nirvana’s “Nevermind” album from 1991 is now suing the remaining members of the band, claiming that he was sexually exploited.

The person in question, Spencer Elden who is now 30 years old, said that his parents have not signed any release that would authorize the use of the picture on the album.

He adds that the depiction of a nude baby constitutes child pornography.

It was previously claimed that Elden received $250 but the lawsuit says that no payment was actually received.

Several parties have been listed in the lawsuit filed in a California district court, among them Kurt Cobain’s widow Courtney Love, surviving band members Dave Grohl, Krist Novoselic, photographer Kirk Weddle and the record labels responsible for the release and distribution of the album in the last 30 years.

As much as Elden claims child pornography, United States law generally does not consider non-sexualized photos of infants as pornography. Elden’s lawyer argues that the addition of the dollar, which was added to the picture after the fact, makes the baby seem “like a sex worker.”

Another part of the lawsuit claims that there has been a promise to cover Elden’s genitals with a sticker – a promise that has not been upheld.

Elden suffered “lifelong damages” from the image causing him emotional distress that manifested physically as well.

Elden, who was four months old when the picture was taken, seeks to bring the case before a jury and is seeking at least $150,000 damages from each of the 15 defendants, not including the costs of the legal proceedings.