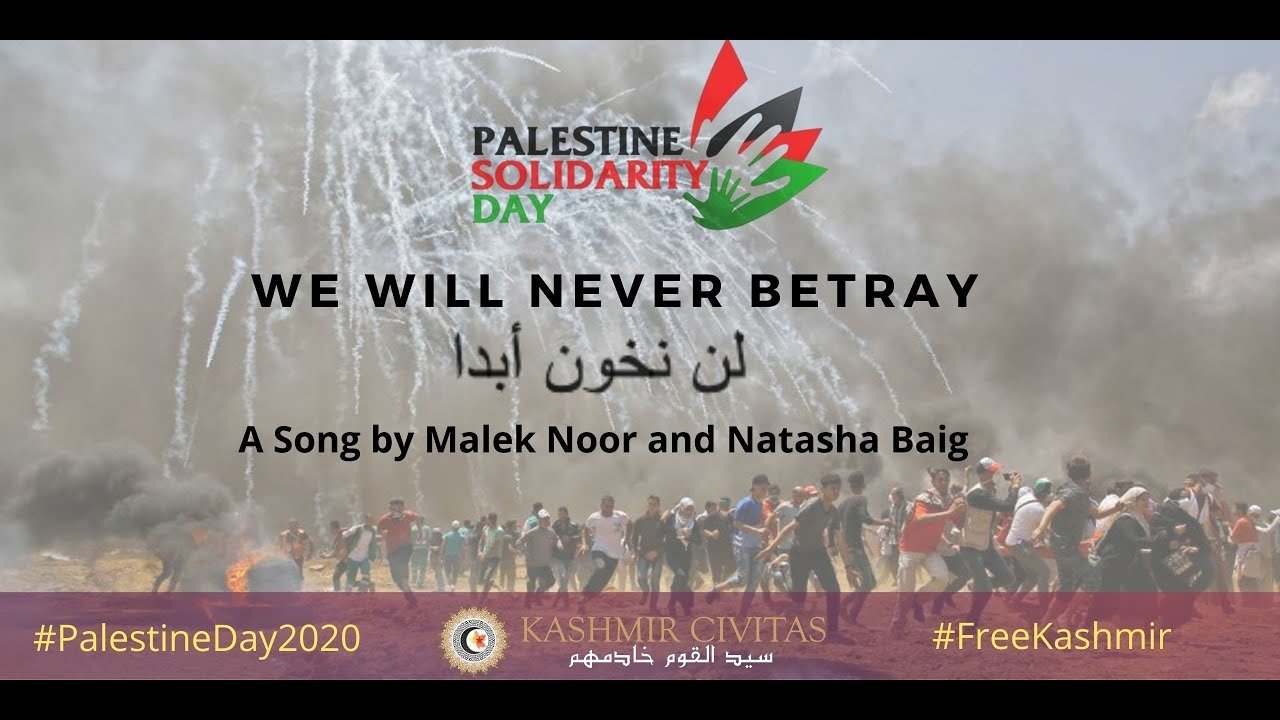 The song titled "We Will Never Betray" is sung in Arabic by Syrian singer Malek Noor and in Urdu by Pakistani singer Natasha Baig.

Evren, who began his musical career in 2013, said music plays an important role in making the world listen to the oppressed. He has composed rap songs for English classes in Turkey, Egypt, Greece, the U.S., Bulgaria, Tunisia and Bangladesh to date.

The lyricist said that he became interested in professional music after releasing his work called "Children of Heaven" to highlight the trauma of Syrian refugee children.

"My work 'Children of Heaven' was first shared by Turkish President Recep Tayyip Erdoğan with children on April 23 National Sovereignty and Children's Day, and then with world leaders who were in Turkey for the World Humanitarian Summit," Evren said.

Evren said the idea of composing a special song on the eve of the International Solidarity Day of Palestine came from the Canada-based Kashmir Civitas Association.

The lyricist has many songs to his credit like "Tell Me My Pretty Mother" and "My Beloved Turkey," recalling the July 15 coup attempt in Turkey.

His other compositions with political messages, including "The World is Bigger Than Five," "Erdoğan a Tall Man," "Don't Cry Jerusalem," "Kashmir is My Name" and "Permanent Spring," have been received well by listeners.

He said that his work reached tens of thousands of people worldwide after it was shared on Twitter by Pakistan Tehreek-e-Insaf (PTI), the ruling party in Pakistan. "Sometimes a song can evoke much more influence than dozens of academic articles," Evren said.