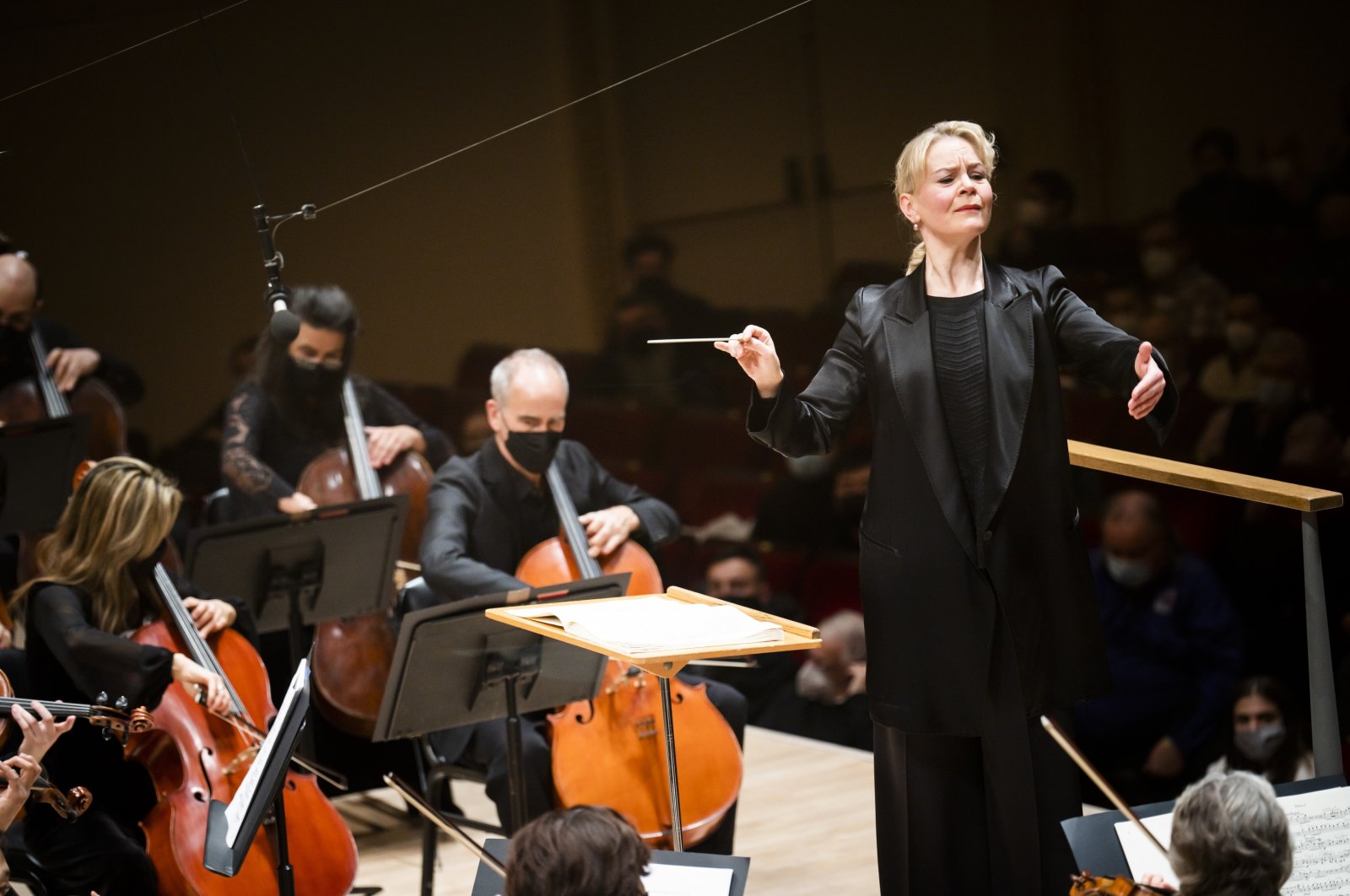 One of the oldest musical institutions in the United States, the New York Philharmonic has been one of the "Big Five" orchestras since its foundation back in 1842, but in that nearly two centuries of its life span, has not yet had a woman music director. That might be about to change.

Her arms at her side against her glimmering, long black jacket and her blond hair pulled into a ponytail, Susanna Malkki soaked in several minutes of applause after a thrilling Carnegie Hall debut. She had conducted the New York Philharmonic in a challenging program, perceived as a possible prelude to becoming the first woman music director of the orchestra that started.

"Of course, it’s always an honor to be mentioned in this kind of context," she said during an interview with The Associated Press (AP) the day before the Jan. 6 performance. "It’s really, really fun to be with the orchestra. But the 'l’actualite,' as they say in French: This something that the orchestra will take their time. They will try out a lot of people."

Musicians beamed as the audience erupted following the Philharmonic’s first Carnegie Hall appearance in six years, broadcast live on radio. Leelanee Sterrett, the acting associate principal horn, detected a "focused energy" that Malkki brought to the podium and called it "one of those performances where in the concert everything was kind of taken up a notch, dialed up a notch."

A native of Finland, who will turn 53 on March 13, Malkki studied at the Sibelius Academy and London’s Royal Academy of Music, and she was mentored by Esa-Pekka Salonen.

She was principal cellist of the Gothenburg Symphony Orchestra from 1995-98, then left to concentrate on conducting. She served as music director of the Paris-based Ensemble Intercontemporain from 2006-13, became chief conductor of the Helsinki Philharmonic Orchestra starting during the 2016-2017 season and principal guest conductor of the Los Angeles Philharmonic for 2017-18. She announced last month she will leave the Finland post at the end of the 2022-23 season.

Jaap van Zweden said in September he will leave the New York Philharmonic at the end of the 2023-24 season after six years as music director. Orchestra members know when a potential successor is leading them.

"Of course we’re conscious of that. How could you not be?" principal cellist Carter Brey said. "But I think that occupies a small corner of our awareness at the time. We’re just focused on making music as well as we can."

Malkki’s past as a cellist – she still plays but not publicly – influences her conducting.

"She’s meticulous in the way she runs a rehearsal," star violinist Gil Shaham said. "You just always feel positive. You never feel like, 'Oh, we’re going to run out of time.' She always plans the time in advance."

Malkki made her New York Philharmonic debut on May 21, 2015. When she made her Metropolitan Opera debut in December 2016, she was just the fourth woman conductor of a company that started in 1883.

"At first meeting, she can seem somewhat reserved, but she obviously is very passionate about her performance and about music," Met general manager Peter Gelb said. "She may have the surface dryness or wryness of other Finnish artists I have known, but her passion quickly comes out when she’s on the podium."

Malkki is among five woman conductors at the Met this season. She is one of 21 to lead the Philharmonic, including four so far this season.

"I know for me as a woman, it’s extremely meaningful to have somebody on the podium who reflects my identity, and I feel that every time we work with a woman conductor," Sterrett said. "So I think that as you see people breaking through, it just changes the whole dialogue around us. It changes the paradigm."

Deborah Borda, who returned to the New York Philharmonic as CEO in 2017 after 17 seasons as CEO in Los Angeles, hired Malkki as principal guest conductor.

"She has a very powerful and quiet charisma and what she brings is an emotional as well as intellectual connection to the music that is really unique,” Borda said.

‘It’s a very delicate procedure," she said. "There are obviously various stakeholders involved within our community, but the guests, as well, and it is so important that we protect the confidentiality and sanctity of the process."

Typical of conductors, Malkki leads a peripatetic life. She has homes in Paris, where she keeps her scores, and in Finland. "Helsinki is good because I grew up there, My parents are there. It’s nice to have a pied-à-terre in Helsinki, but Paris is definitely home," she said.

She will be back in New York in May to conduct Stravinsky’s "The Rake’s Progress," and is signed-up for Beethoven’s "Fidelio" in a future season and Kaija Saariaho’s "Innocence" in 2025-26 after leading its world premiere last summer at Aix-en-Provence, France. She conducts Berg’s "Wozzeck" at the Paris Opera in March.

Known for her interest in late 20th century and contemporary compositions, she has committed to future performances of Puccini’s "Il Trittico," Debussy’s "Pelleas et Melisande" and Janacek’s "The Makropulos Case," and hopes in the future to lead Puccini’s "La Boheme" and Wagner’s Ring Cycle and "Tristan und Isolde."

"It’s a shift that’s been actually sort of intended and planned already some time ago," she said. "I’ve been speaking about my interest for opera and there have been more and more invitations. And then I’ve just been grabbing everything, and it’s really exciting. I love working with singers. There’s something of a storytelling quality that I love. I guess I can even say that I somehow identify myself with the singers. I would love to be one of them."