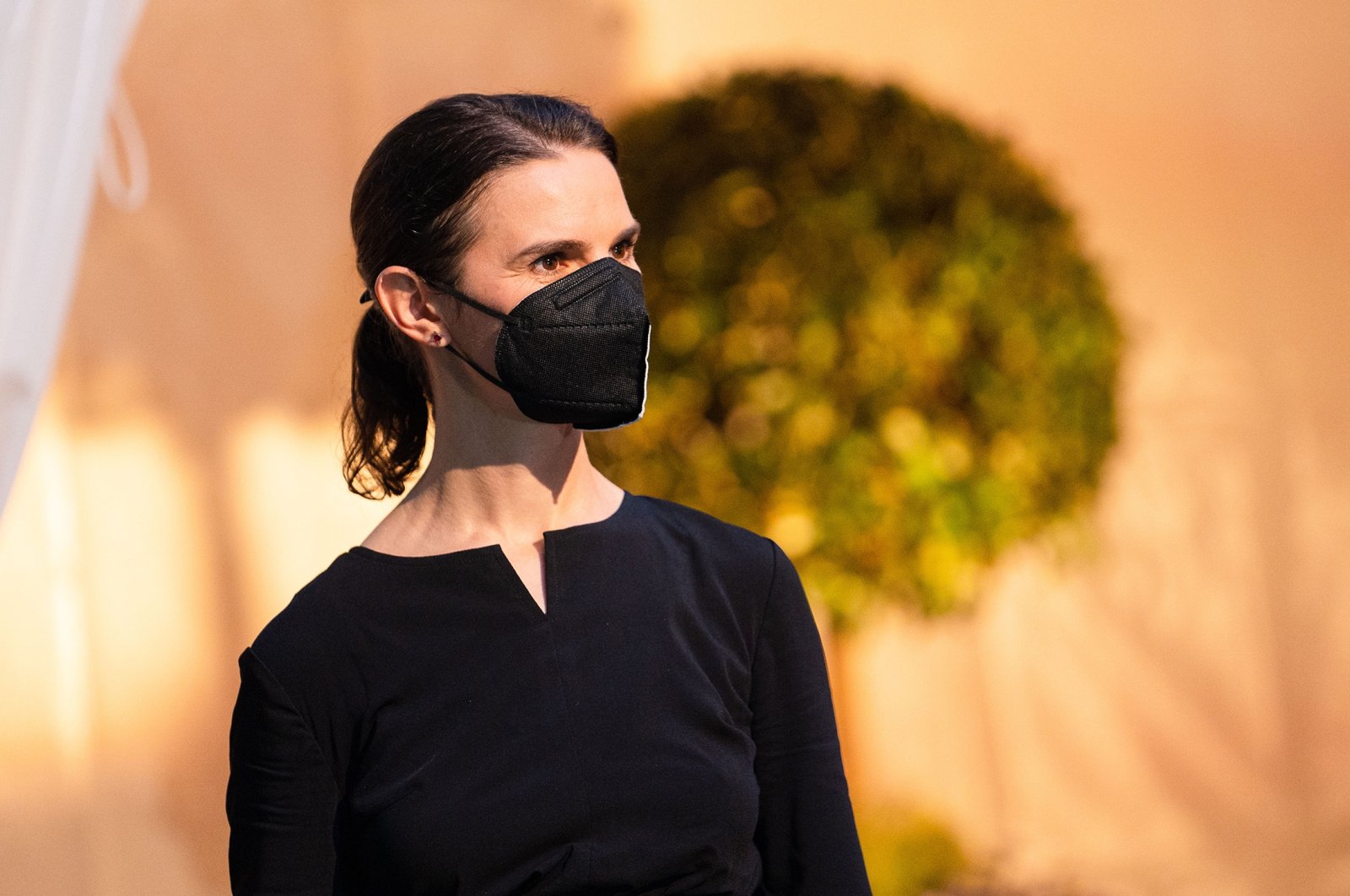 Conductor Oksana Lyniv at the opening of the Bayreuth Festival after the premiere of the opera "The Flying Dutchman" in the Festspielhaus, Bayreuth, Germany, July 25, 2021. (Getty Images)
by German Press Agency - DPA Jul 26, 2021 8:46 am
RECOMMENDED

The Bayreuth Festival, at which operas by the 19th-century German composer Richard Wagner are performed, kicked off with fervor on Sunday in Germany.

After last year's canceled edition, the 2021 festival marks a milestone: Oksana Lyniv became the first woman to conduct a production in the 145-year history of the Bavarian opera festival.

The annual festival, opened by Wagner in 1876, is one of the high points of the German social calender, regularly attended by opera lovers and celebrities, including Chancellor Angela Merkel and her husband, professor Joachim Sauer.

Merkel and Sauer, both well-known Wagner fans, were met with applause by some 150 onlookers upon arrival at the main opera house, the Festspielhaus, on Sunday evening for this year's inaugural opera, a new production of "The Flying Dutchman" led by Lyniv, a native of Ukraine.

The two were greeted and led inside by Bavarian Premier Markus Soeder and his wife, Karin Baumueller-Soeder. It is Merkel's last visit to Bayreuth as chancellor. She will step down following September's national election after 16 years in power.

The tickets for the spectacle, which are always in high demand anyway, were even rarer this year because the coronavirus pandemic will only allow 911 spectators to sit in the Festspielhaus instead of the usual 2,000.

Only those who have been completely vaccinated, recovered or tested negative are allowed inside.

In addition to "The Flying Dutchman," productions of "The Mastersingers of Nuremberg," "Tannhaeuser" and "The Valkyrie" are planned. The festival ends on Aug. 25.

Meanwhile, there was already talk about the technological revolution coming for the 2023 edition, when Wagner's last opera, "Parsifal," is set to be staged by U.S. director Jay Scheib.

Festival organizers said Scheib, a professor at the Massachusetts Institute of Technology (MIT), will use augmented reality technology to make the "Parsifal" production a 3D experience.

"We have big plans for him," said festival director Katharina Wagner, great-granddaughter of the composer.