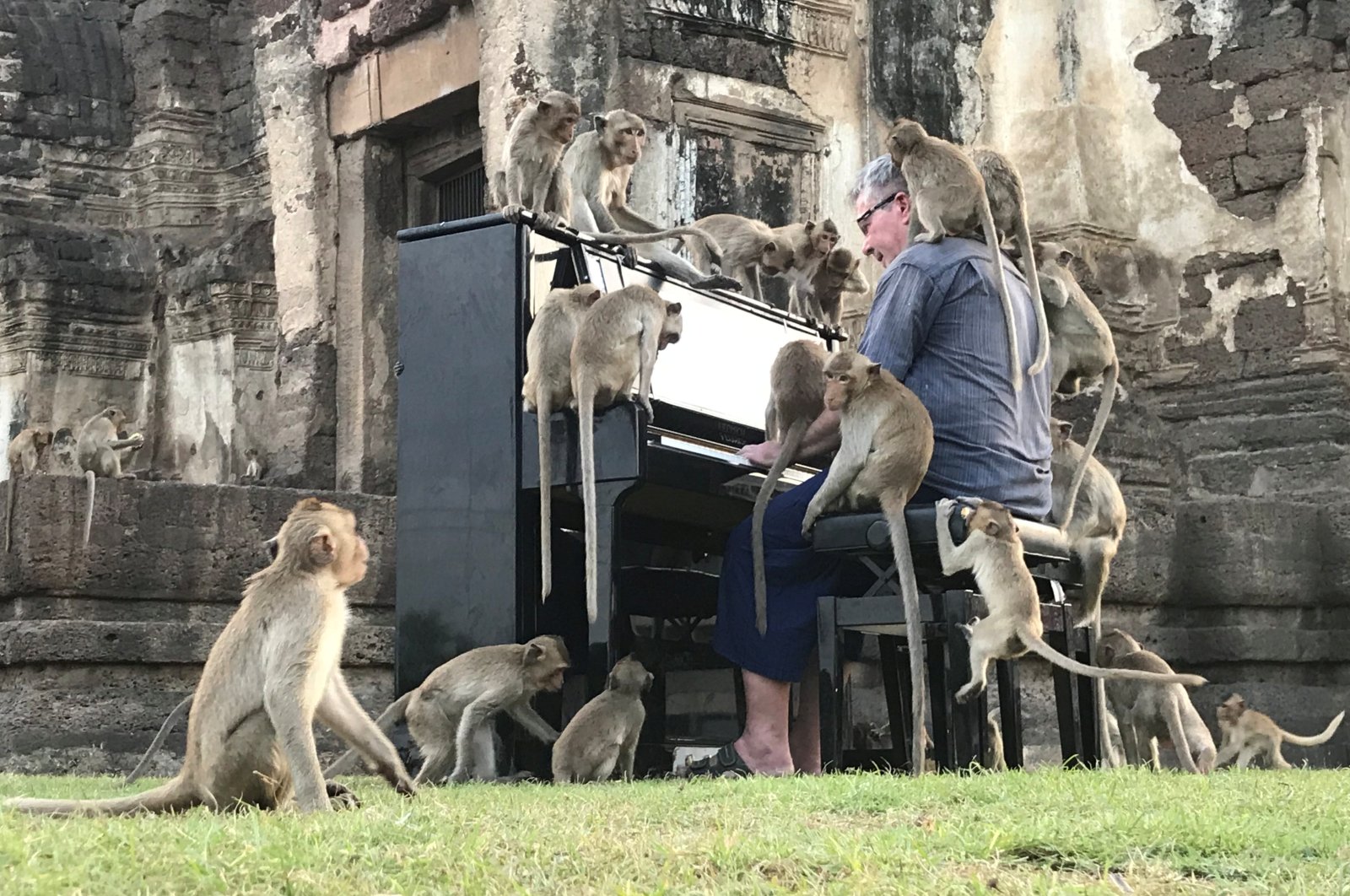 While on tour in central Thailand, British musician Paul Barton has been mobbed by unruly audiences that tug his hair, steal his music and climb over his piano.

Barton is a rock star to hundreds of hungry wild monkeys that he hopes his music can calm, at a time when Thailand's coronavirus-induced tourism hiatus means fewer visitors to feed them, and less funds for their welfare. "We need to make an effort to make sure that they eat properly. And when they eat properly, they will be calmer and will not be aggressive," said Barton, 59, a long-time Thailand resident.

Barton has played at four venues in the country's Lopburi province, famous for its marauding monkeys, including at an ancient Hindu temple, a hardware store and a derelict cinema.

The macaques are instantly drawn as he plays "Greensleeves," Ludwig van Beethoven's "Für Elise" and Michael Nyman's "Diary of Love," some sharing his stool, others climbing onto his shoulders and touching his head.

Barton maintains focus as a small monkey runs up and down the piano keys as others chew at his sheet music before one tries to wrest it away.

"A wonderful opportunity to see the wild animals just being themselves," said Barton, from Yorkshire in northern England. "I was surprised to play the piano and find that they were actually eating the music as I was playing it. "I wasn't going to let those things distract from the project which is to play the music for these wonderful macaques."

Monkeys are his latest audience, having played Bach, Schubert, Chopin and Beethoven for more than a decade to elephants at retirement sanctuaries.

Barton hopes to raise awareness of the monkeys' hunger while also studying their behavioral responses to classical music. "It's possible that the music can play a part in the rehabilitation process," he said.