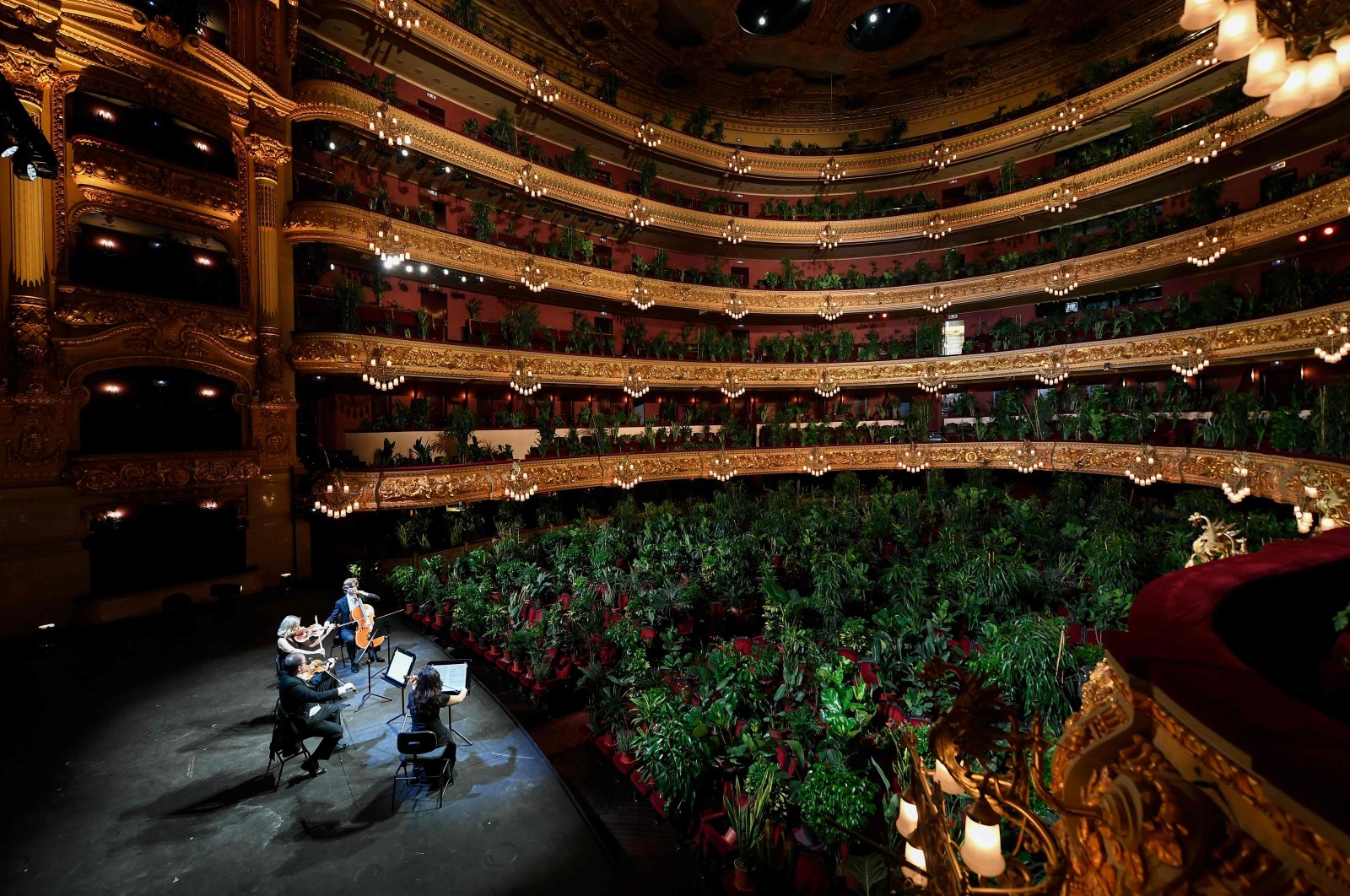 The Uceli Quartet perform for an audience made of plants during a concert created by Spanish artist Eugenio Ampudia and that will be later streamed to mark the reopening of the Liceu Grand Theatre in Barcelona on June 22, 2020. (AFP Photo)
by REUTERS Jun 22, 2020 5:28 pm
RECOMMENDED

Barcelona's Liceu opera reopened its doors on Monday for the first time in over three months to hold a concert – exclusively for a quiet, leafy audience of nearly 2,300 house plants.

Organizers said the intention was to reflect on the absurdity of the human condition in the era of the coronavirus, which deprives people of their position as spectators.

"Nature advanced to occupy the spaces we snatched from it," executive producer Eugenio Ampudio said on stage at an afternoon rehearsal, where 2,292 nursery plants already occupied every seat before the evening concert.

"Can we extend our empathy? Let's begin with art and music, in a great theatre, by inviting nature in," he added inside the eclectic, neo-classical venue that is one of Europe's largest.

After the concert, which will be live streamed, the plants will be donated to frontline health workers.

The "Concert for the Biocene" was enabled by the end of Spain's state of emergency on Sunday. It was to feature a string quartet playing Italian composer Giacomo Puccini's "Chrysanthemum," chosen for its requiem-like sadness.

The Liceu said it hoped the show would reaffirm the value of art, music and nature and serve as a roadmap for returning to normal activity after the pandemic.

"We are at the end of an entire era and I think that matters a lot," added Ampudio. "I feel closer to myself being close to plants... And I feel much closer to people than before, even though I can't hug them."