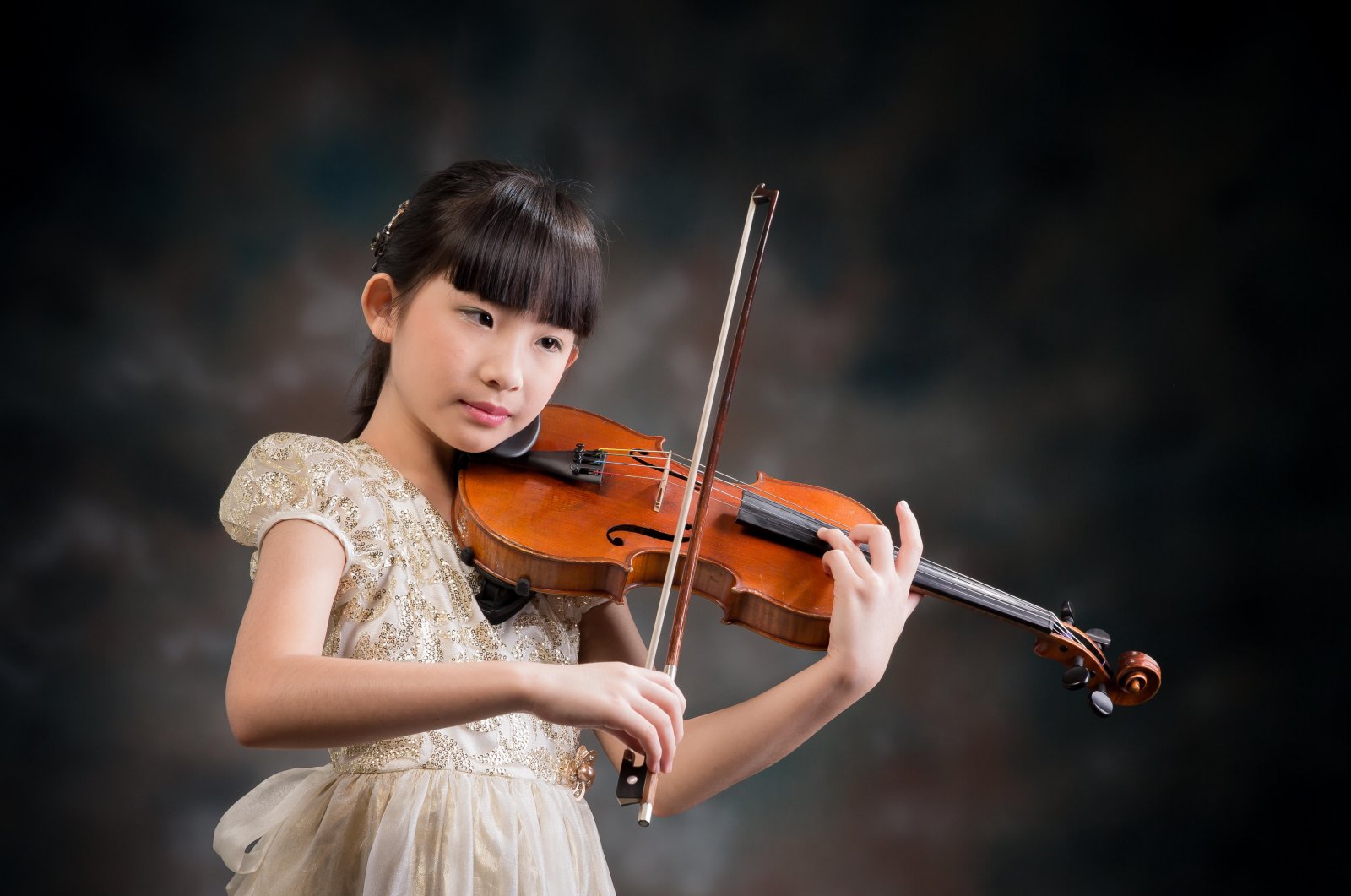 Singapore’s musical prodigy Chloe Chua has been educated at NAFA School of Young Talents since she was 4 years old. (Courtesy of Singapore Embassy)
by DAILY SABAH
Oct 29, 2020 8:15 am

Saying she is honored to be invited to record a special violin rendition of Turkey’s national anthem, the Singaporean violinist said: “When I first played the anthem, I immediately found it patriotic, reflecting the strong and dynamic spirit of the nation. I hope that I have adequately conveyed this spirit through my violin.” Expressing her gratitude to the Singapore Embassy in Ankara for this unique opportunity to share in Turkey’s celebration and help foster bilateral relations through music, the prodigy implied that she looks forward to visiting Turkey in the near future.

Singaporean Envoy to Ankara Jonathan Tow also stated that it is a privilege for him to invite Chua, one of Singapore’s most talented young musicians, to play Turkey’s national anthem as the country celebrates Republic Day. “Listening to her play, I found her violin rendition most heartwarming, moving and inspiring. I had originally wanted to invite her to give a concert in Turkey this year, but it was not possible due to COVID-19. However, I hope that this virtual performance can help represent Singapore’s heartfelt affection and respect to Turkey on the occasion of Republic Day. May the friendship between our two peoples continue to grow stronger and closer.”

She has also performed live across the different concert halls of the U.K., Thailand, Italy, Germany, China, Saudi Arabia, the United States and Singapore and in festivals such as the Atlanta Festival Academy and the Singapore Violin Festival. In Singapore, she performed for Singaporean President Madam Halimah Yacob on various occasions. More recently, she performed with the Singapore Symphony Orchestra, China Xiamen Philharmonic Orchestra, Salzburg Chamber Soloists, Russian National Youth Orchestra under the baton of Maestro Yuri Bashme, Basel Chamber Orchestra conducted by Umberto Benedetti Michelangeli and the China Philharmonic Orchestra conducted by Maestro Xia Xiaotang. She has been enrolled in the Nanyang Academy of Fine Arts School of Young Talents (NAFA) since she was 4 years old and is currently under the tutelage of Yin Ke, leader of their Strings program.

Turkey’s Republic Day celebrates Oct. 29, 1923, when the Turkish Parliament amended the constitution to change the system of government to a republic. Concluding the four-year independence war against several countries, including World War I allies Great Britain, France, Italy and Greece, the day officially marked the end of the Ottoman Empire. The Parliament then voted unanimously to make Mustafa Kemal Atatürk, a revolutionary statesman, first president of the Republic of Turkey. Since then, the country has celebrated Republic Day every year on Oct. 29.