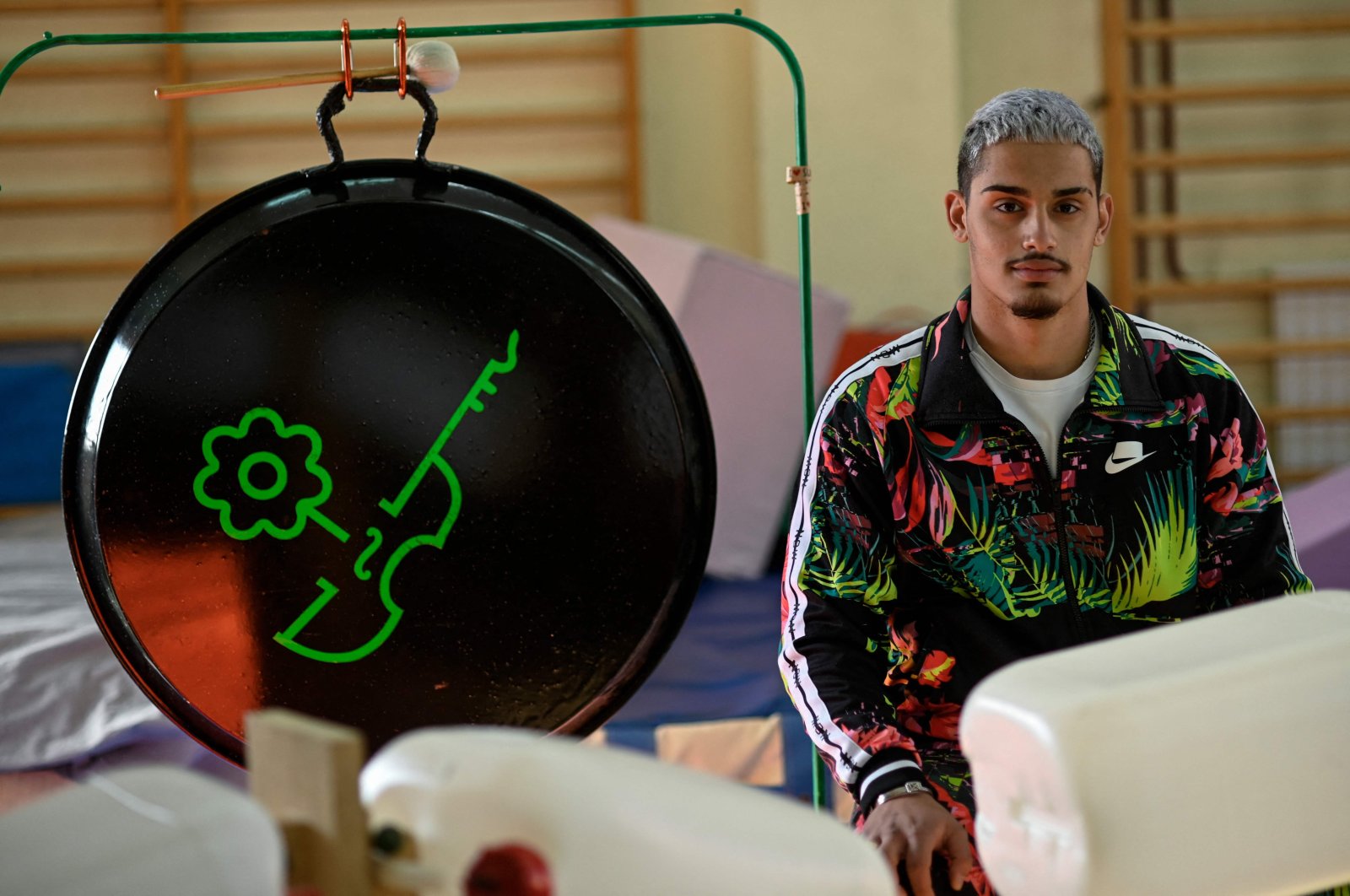 Cristina Vazquez and Luis Miguel Munoz, two of several youngsters that grew up in a Madrid shantytown, never pictured themselves as musicians amid the hardships of their lives. However, Vazquez is the first violinist in an inventive orchestra bringing together two dozen other disadvantaged youths to play instruments made from recycled materials.

Vazquez's violin is made from colorful soda cans, while a string bass has a skateboard for its body, and the drums are made from plastic barrels.

"I am really happy because it has changed my life a lot," said 18-year-old Vazquez, her eyes gleaming.

She hesitantly joined the orchestra at age 12 when it was part of the curriculum at her school in the southern district of Vallecas, one of Madrid's poorest neighborhoods. Today, she teaches younger members of the group.

"The orchestra has really opened me up to the world ... I had never even gone to the center of Madrid," she said. "I don't know if I will become a professional musician ... but I want to keep giving classes to young children. "It fills you with pride when a young girl comes up to you and says: 'When I grow up I want to be like you.'"

Munoz, 18, credits the orchestra with keeping him on the straight and narrow in a neighborhood like Vallecas, which has a high school dropout rate.

"Instead of meeting up with friends, I preferred to listen to music, play it, and little by little it became a way of life," he said.

Belonging to an orchestra is like "being in a family, and doing what pleases us most," said the bleach-blond Munoz, who sports a goatee.

The project is run by Spanish environmental group Ecoembes and is inspired by Paraguay's Cateura orchestra, made up of musicians from a slum who play instruments made from materials found in a rubbish dump.

After Ecoembes invited the Cateura orchestra to perform in Madrid in 2014, the group decided to found its own similar ensemble that same year, said Víctor Gil, the director of Music of Recycling.

"Why not here? We have social and economic problems," the Argentinian said.

The ensemble put on its first concert just four months later and "the kids could not play more than four notes," said Gil, who plays the bass made from a skateboard.

Now after having performed in cities across Spain, "we already have four boys studying in scholarships at music schools and public conservatories," he added.

Unfortunately, the pandemic has put a temporary halt to performances. A concert planned for last Thursday in Madrid was called off at the last minute because of soaring COVID-19 infections in Spain.

Meanwhile, more than 100 children are taking music classes from members of the orchestra as part of the project.

The instruments are created by luthier Fernando Soler, a third-generation instrument maker, from cans, wooden boxes, cutlery and parts of discarded instruments.

He said he tries to make the instruments as close to their "normal" shape as possible so the children won't have difficulty playing with regular equipment in the future.

Soler hopes he will soon be able to restart his workshops on making instruments, which were suspended because of the coronavirus pandemic. He said his dream is to see one of his pupils become "the luthier of recycling of the future."