Symphonic tunes to rise from ancient city of Patara 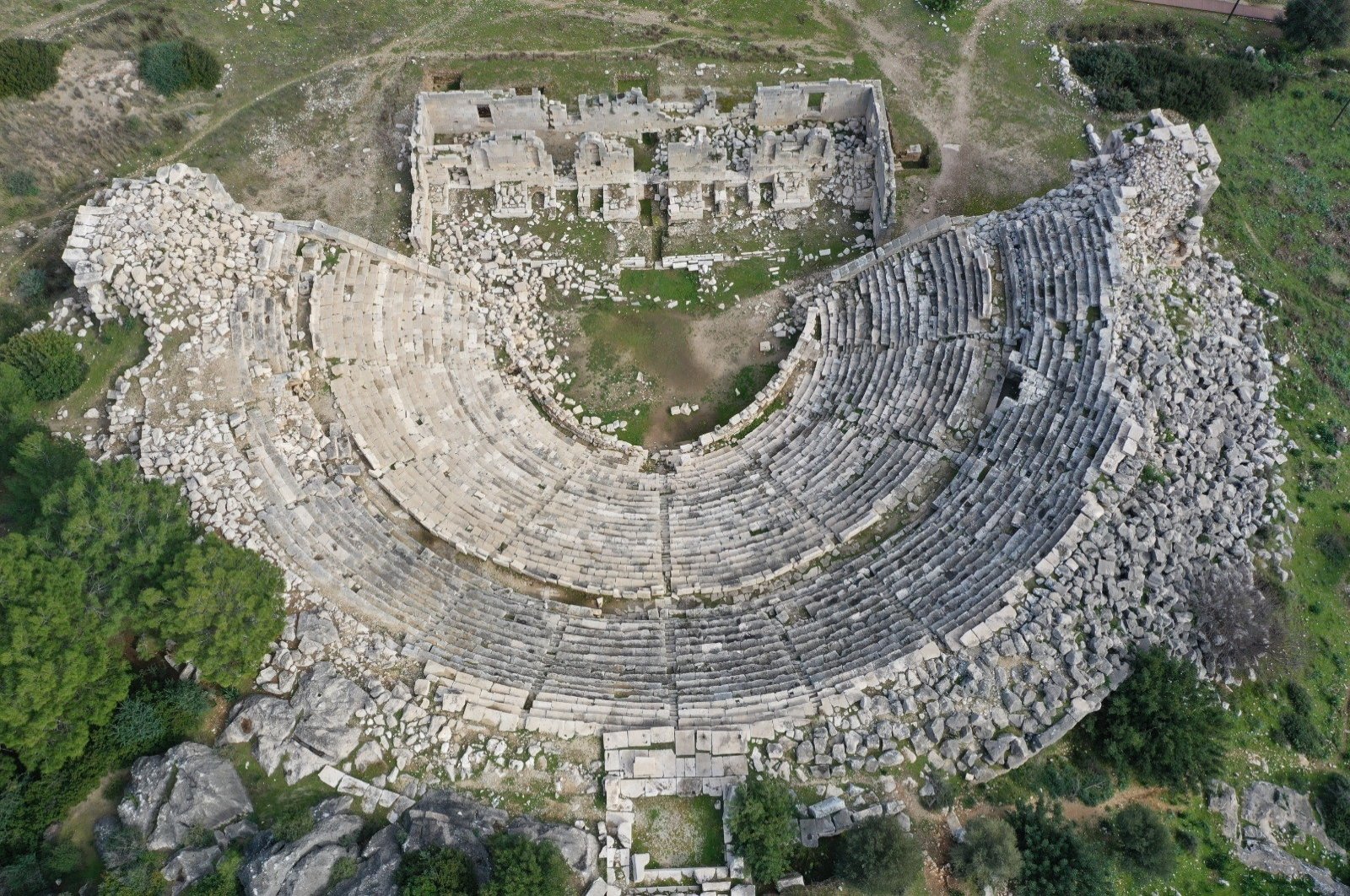 The concert will take place at the restored theater of the ancient city of Patara, Antalya, southern Turkey, Aug. 22, 2020. (IHA PHOTO)
by DAILY SABAH Aug 26, 2020 11:39 am
Edited By Irem Yaşar
RECOMMENDED

The theater of the ancient city of Patara, located in the Kaş district of southern Turkey's Antalya province, will soon be the site of symphonic melodies. Following President Recep Tayyip Erdoğan’s declaration of 2020 as the “Year of Patara,” the Ministry of Culture and Tourism will orchestrate a special “Patara Year Concert” with world-renowned artists at the ancient city on Thursday at 8:30 p.m.

At the magnificent concert, the Antalya State Symphony Orchestra will perform under the baton of maestro Oğuzhan Kavruk. World-famous DJ Burak Yeter and Cecilia Krull, the singer of the “La Casa De Papel” (“Money Heist”) soundtrack, will also take the stage, as well as Russian singer Siniahrybava Tatsiana and Dutch songwriter, producer and vocalist Allan Eshuijs.

Tickets and details about the event can be accessed through the apps "Sanat Cepte" and "Biletinial.

The ancient city of Patara, which was the capital of the Lycian Union in ancient times, has many important cultural assets, from the city gate and waterways to the theater and parliament building. The ancient theater of Patara, one of the most important and beautiful elements of the city, has been made ready for events through strengthening, cleaning, excavation, restoration, conservation and landscaping efforts. The concert will be the first event in the city since the completion of the restoration work commissioned after the "Year of Patara" was declared.