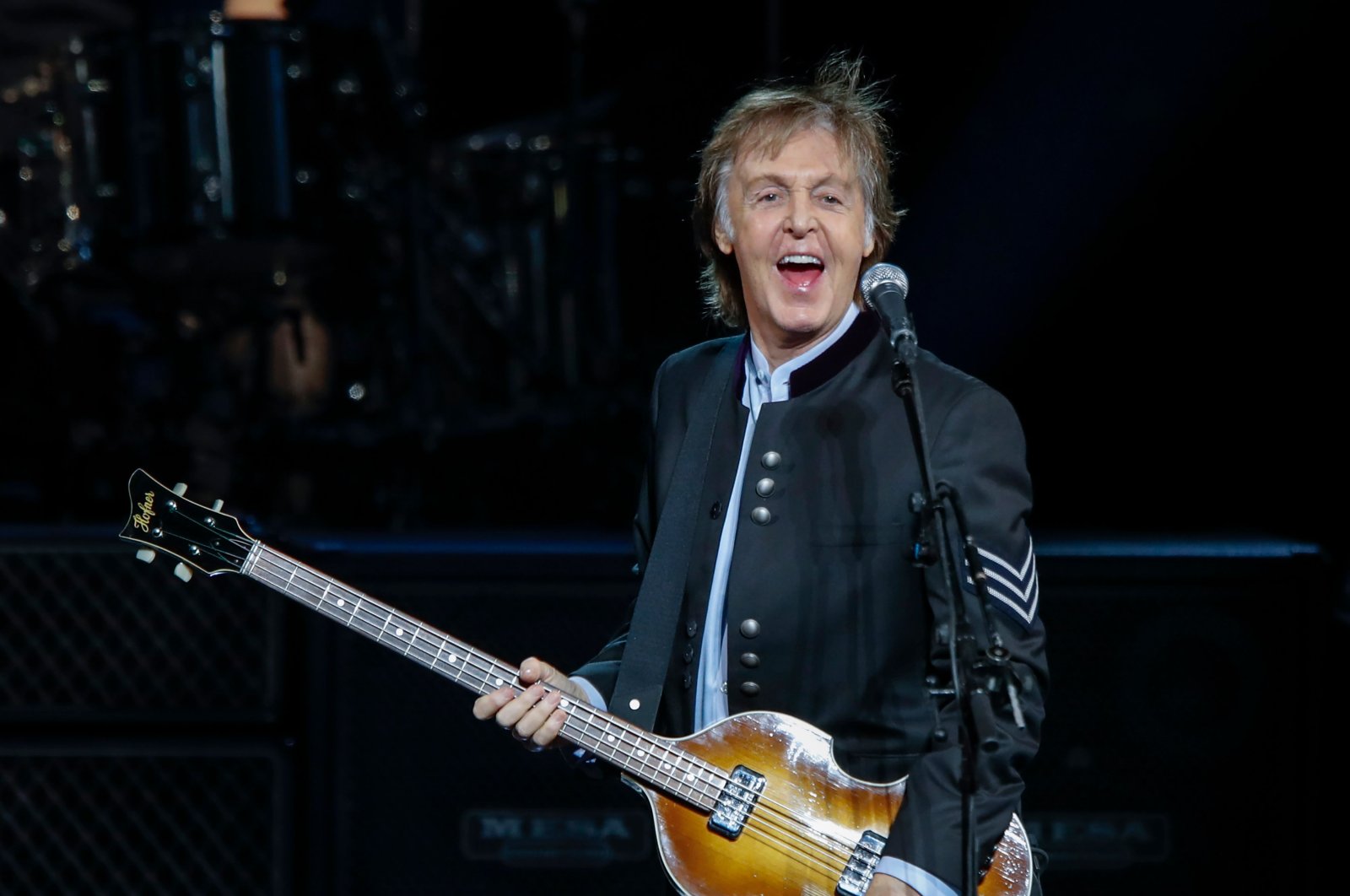 In this file photo taken on July 26, 2017 Sir Paul McCartney performs in concert during his One on One tour at Hollywood Casino Amphitheatre in Tinley Park, Illinois. (AFP Photo)
by French Press Agency - AFP Apr 12, 2020 1:20 pm
RECOMMENDED

A sheet of paper bearing Paul McCartney's handwritten lyrics to "Hey Jude" sold for $910,000 in an online auction held Friday to mark the 50th anniversary of the Beatles' historic split.

The document penned by McCartney and used during the 1968 London recording of the classic song at Trident Studios was sold for more than five times its pre-sale estimate.

California-based Julien's Auctions shifted its sale of some 250 Beatles memorabilia online due to the coronavirus pandemic, with fans around the world bidding for guitars, rare vinyl and autographed items.

Friday marks exactly half a century since an interview given by McCartney sealed the acrimonious end of the "Fab Four," widely considered one of the most influential bands in history.

Asked if he foresaw a time when his prolific songwriting partnership with fellow Beatle John Lennon would restart, his blunt reply – "no" – spoke for itself.

The song was composed to comfort Lennon's son Julian during his parents' break-up, and was initially titled "Hey Jules."

The handwritten document sold Friday contains partial lyrics along with annotations including the word "break" used to aid the song's recording.