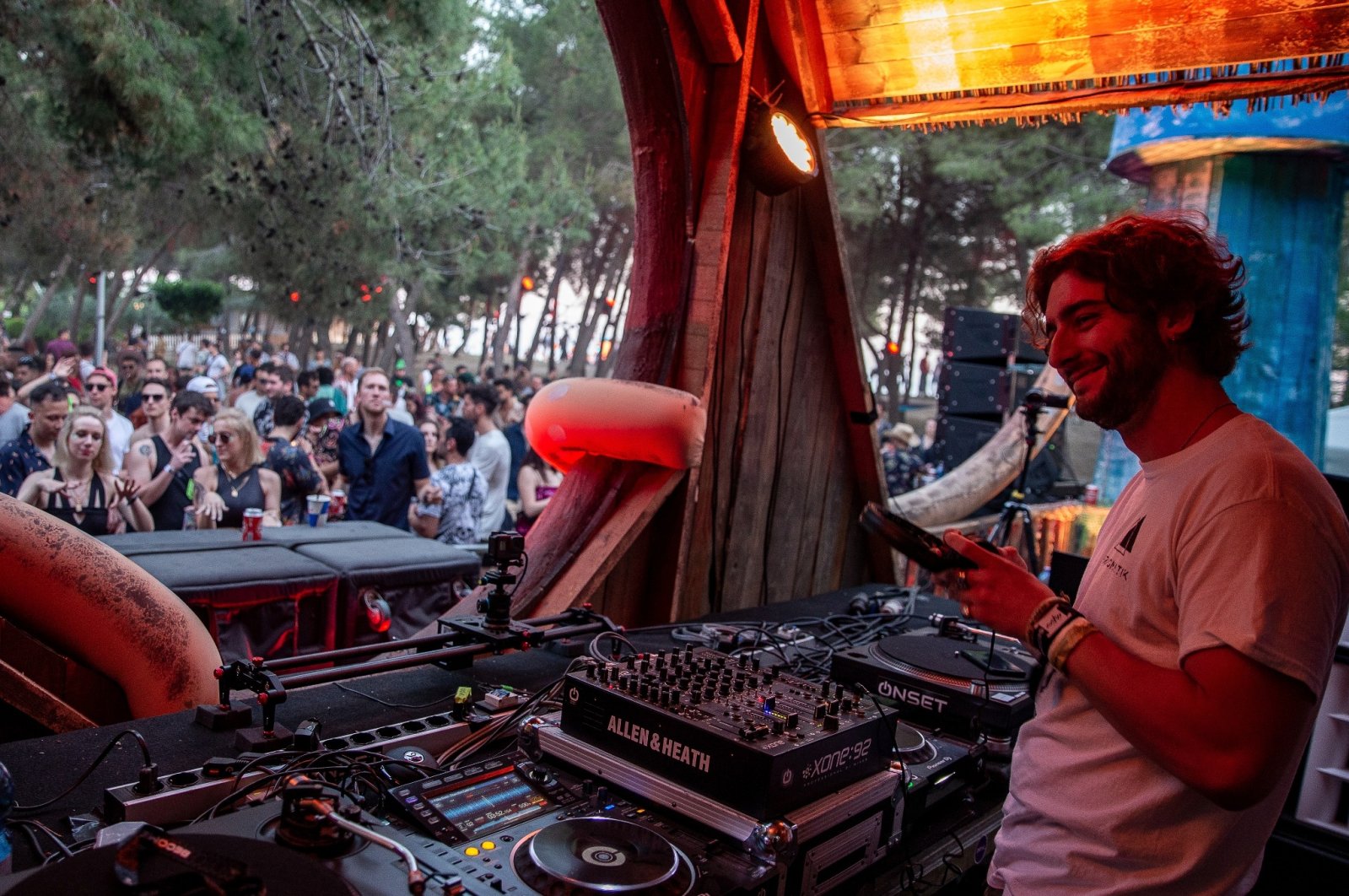 Music fans were eager to once again return to in-person events and concerts, and that was obvious in Albania over the weekend as thousands from across the globe flocked to the beach to attend a non-stop music festival among pine trees, sand, sea and mountains.

"It's very rare that you got all of those things together at one time," said the director of the open-air Unum music festival, Grego O'Halloran. As an Englishman living in Ibiza, Spain – another magical beach music scene – he knows what he is talking about.

"Albania is the hidden gem of Europe," he added. "(It's) an hour, two hours, from almost all of Europe and it's so beautiful and undiscovered."

Organizers sold all 10,000 tickets for the June 3-7 festival featuring 50 international and local musicians, as people jumped at the chance to hear nonstop music for five days at Thrown Sand beach, 75 kilometers (45 miles) northwest of the capital, Tirana.

Organizers claimed that everyone at the festival was free of COVID-19 but offered no proof for those claims and no virus checks were apparent.

The main stage near the beach was on top of a sailboat, while another was under the pine trees close to the beach. Tattoos were not required for fans but many sported one or more. Fans came from all across Europe, even as far away as Uruguay.

Last year the festival was canceled due to the pandemic. This year organizers found it difficult to get musicians from around Europe due to virus restrictions, but they prevailed.

"(It's) awesome ... crazy ... insane to see so many people in one place ... (after) sitting in one room in your apartment alone in lockdown," said German fan Katia Mueller.

The event was possible because of Albania's low contagion rate. It recorded only two new infections Saturday. The Foreign Ministry noted there were no pandemic restrictions for anyone wanting to come to Albania.

Albania has many pristine beaches on its 480-kilometer (300-mile) coastline along the Adriatic and Ionian Seas, and during the last few years, tourism has turned into a key industry for one of Europe's poorest countries.

Neighboring Albanians from Kosovo remain the main source of tourists so far, often accompanied by Polish and Czech groups, Serbs and Belarussians.

Franco Rodrigues of Uruguay follows a lot of music and knew many of the musicians at the festival, which he hoped was the beginning of a worldwide return to live events.

"It's great that finally we can come back and play again," he said.

The motto of the festival was for people to become "Onefvirs " and unite over music. Some said music was more important than most people realized.

"It was necessary for our mental health," said Ron Kurtolli, a DJ from Kosovo. "People don't pay much attention to mental health, but it's really important for the well-being of everything."

Samela, a Serb living in Belgrade but born in Prizren, Kosovo, had no time to give her surname but loudly explained how the festival connected people across borders. Albanians and Serbs have been history-long foes.

"I really had this genuine intention to break the prejudice, to break the stigma, to try to connect us about music ... I cannot do it the way the music is doing it. But OK, I'm trying now," she said.