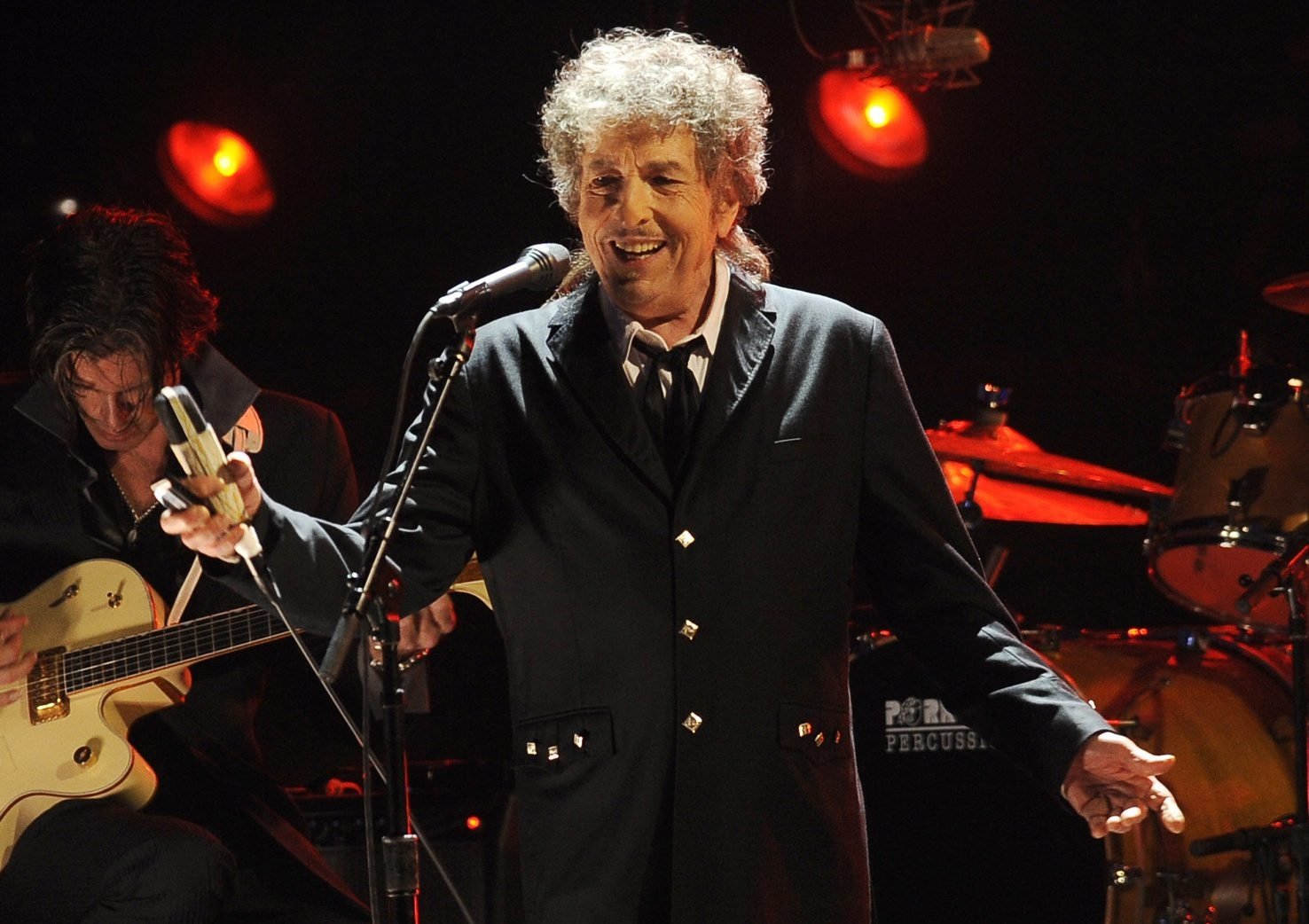 After more than a year and a half of hiatus due to the COVID-19 pandemic, the relentless road warrior and one of the greatest songwriters of all time, Bob Dylan finally returned to stage Sunday – albeit virtually over the internet.

He performed for fans who paid $25 to watch online through the livestreaming platform Veeps. It was less a concert than a stylized black-and-white film, with the 80-year-old singer fronting a four-piece band in a juke joint before audience members who smoked a lot and paid little attention to him.

His wardrobe changes and differences in the band's placement made clear that Sunday's performance, titled "Shadow Kingdom," did not run straight through. His audience was actors rather than fans; they didn't applaud.

Dylan's band included an accordion player and, for many songs, an upright bass player. There was no drummer, with the performances invoking folk, blues and country instead of rock 'n' roll. Dylan sometimes accompanied himself on acoustic guitar, as on the opener, "When I Paint My Masterpiece."

As he began, two women sat at tables in front of him, smoking and taking drinks from beer bottles. When he performed "I'll Be Your Baby Tonight," the women flanked the white-coated Dylan onstage, staring emotionless at the camera.

Dylan concentrated on material from early in his career, including infrequently performed numbers like "Queen Jane Approximately" or "Wicked Messenger." His luminous version of "Forever Young" was the best-known of the 13-song performance. A version of "What Was It You Wanted" from the 1989 album "Oh Mercy" was the only song originally released later than the early 1970s.

He didn't speak to his online audience. After a stark version of "It's All Over Now, Baby Blue," the performance was over in less than an hour, giving it the feel of the first part of something more.

Dylan hasn't announced any further appearances on Veep.com and hasn't said when he is returning to the road.